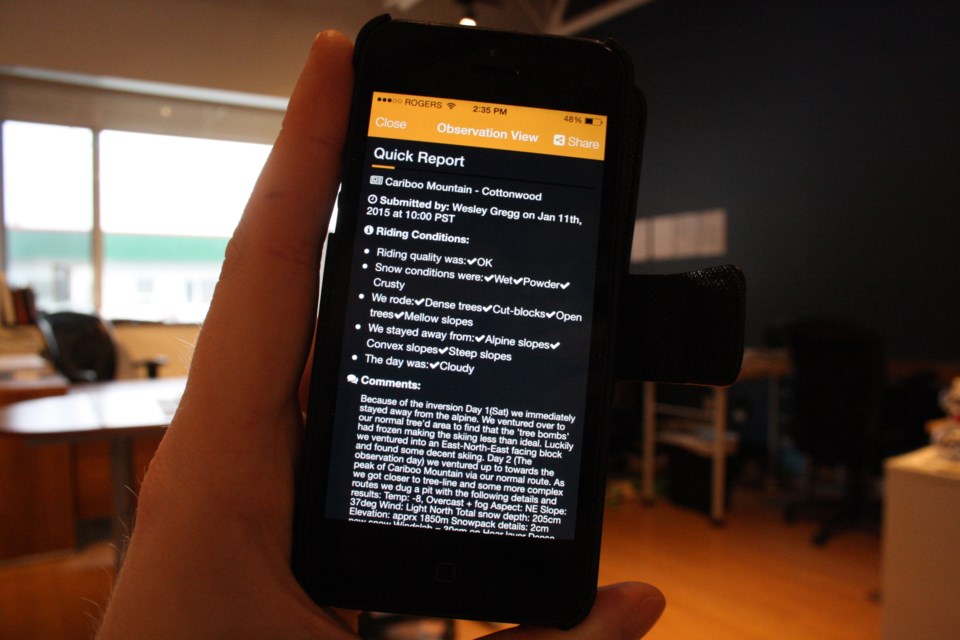 Avalanche Canada has added a new tool to its reporting repertoire.

The MIN allows backcountry users to share information about weather, snowpack and avalanche conditions - all in real time.

"The whole idea here is to start getting an information exchange going among backcountry users, much like the professional information exchange that goes on that we use to produce our forecasts," said Karl Klassen, manager of Avalanche Canada's public avalanche warning service.

Submissions to the network are geo-tagged and appear on the app's map as small blue dots that users can tap or click to view the submission.

Users can also add photos or text comments to their submissions.

The MIN will help fill in the gaps of some of the under-reported regions in the country, Klassen said, but it shouldn't be relied on as the sole source of avalanche information for backcountry users.

"I would caution people not to rely on any single piece of information to make a decision about whether to ski or ride on a slope or not," Klassen said.

"So you start with the avalanche forecast, which gives you the big picture, you look at the data that's being submitted from the field, which gives you local data from a certain point at a certain time, and do all the research that you've always done in the past... this is just another piece of info that you should be adding to the larger puzzle."

The Avalanche Canada app can be downloaded from the iTunes or Google Play app stores.