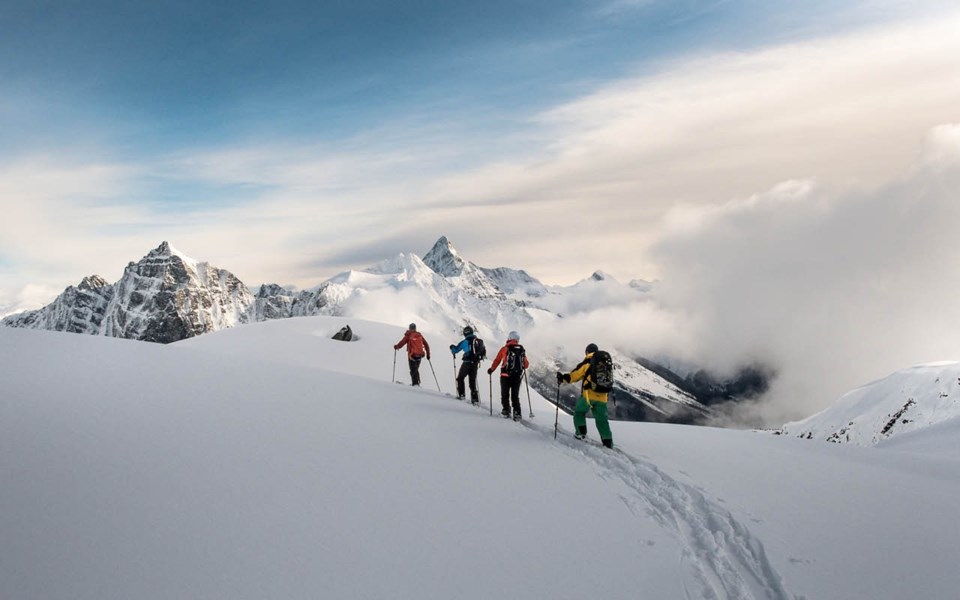 Forecasters at Avalanche Canada need one thing more than anything else to make accurate, timely reports—and that's data.

The vast majority of data that Avalanche Canada uses comes from "third-party" sources, a mix of heli- and cat-skiing operations, ski areas, and government entities like the Ministry of Transport and Infrastructure.

"I'd say 90 per cent or more of the data we use comes from third-party sources," explained Karl Klassen, the warning services manager at Avalanche Canada.

That means forecasters have plenty of data to draw from for forecast regions like the Sea to Sky, but not enough for certain "data sparse" areas of Western Canada.

With only three or four professional data sources, The North Rockies forecast region is where the need for additional data is most acute, said Klassen.

Moreover, the sources are operations that have a short season or report irregularly, he added.

The lack of available data means that Avalanche Canada cannot produce a forecast for the North Rockies. (Collecting it themselves would be prohibitively expensive.)

Instead it produces a "weekly report," which offers information that helps backcountry users assess the avalanche hazard and make informed decisions about how to manage avalanche risk.

Like all mountain areas across Western Canada, the North Rockies are susceptible to major avalanches.

In January 2016, a deadly avalanche on Mount Renshaw, in the North Rockies, killed five Albertan snowmobilers. It was one of the most devastating avalanche accidents in recent history.

So what to do? To address the data-scarcity issue, Avalanche Canada is pushing its Mountain Information Network (MIN), a crowdsourcing initiative that allows backcountry users to share relevant data and notes about their backcountry trips.

Launched two years ago, users can upload information in real time from their smartphone, providing an important source of information for Avalanche Canada forecasters.

According to Avalanche Canada, the popularity of the MIN has grown. While it received just over 400 submissions in the 2014-15 season, this season it has received almost 2,000.

"The value of the system is that it allows us to provide better information for everybody," explained Klassen.

"It will probably never replace a professional data stream, but it will provide us with enough information that we can do better than what we're doing now."

Avalanche Canada is looking to promote its MIN in "data-sparse" areas, and they recently got some support from the province to help out.

On April 10, the province announced it would give $50,000 to the organization for the "implementation" of its MIN in "regions where avalanche forecasting is sparse."

The money is part of $6.5 million in funding for "disaster-mitigation projects" located around the province.

The North Rockies does not receive Avalanche forecasts, but Klassen hopes the funding will allow Avalanche Canada to imporve its service for the area.

"We are promoting the MIN to try and augment the limited professional data in the region to see if it might be possible to upgrade the information we do provide there," he explained. "It remains to be seen if the MIN can provide enough data to support a forecast."

The $50,000 will allow Avalanche Canada to continue its outreach and dedicate more resources to promoting its MIN in the North Rockies.

"We can either expand the trips or make them longer—so we can spend two to three days on this, rather than two to three hours," said Klassen.

"The last few times I've done this, we've done it where we present a case study. This year we were talking about near misses that happened last year that were reported to us," said Bender, who said that the presentations have a loose format, with questions encouraged.

"A lot of the information that we got for our near-misses case study presentation was from people reporting on the Mountain Information Network," he added.

According to Klassen, the $50,000 will go quickly. But Avalanche Canada is hoping to secure more funding and expand outreach into not only the North Rockies forecast region, but also parts of the Northwest region, sections of the South Coast inland region, the west side of the Kootenay Boundary region, and the south end of the Purcell region.

"These are all places with some data, but not as much as we'd like," said Klassen.

"Creating a forecast isn't that expensive. But creating the data that we need for a forecast—that's the costly part."