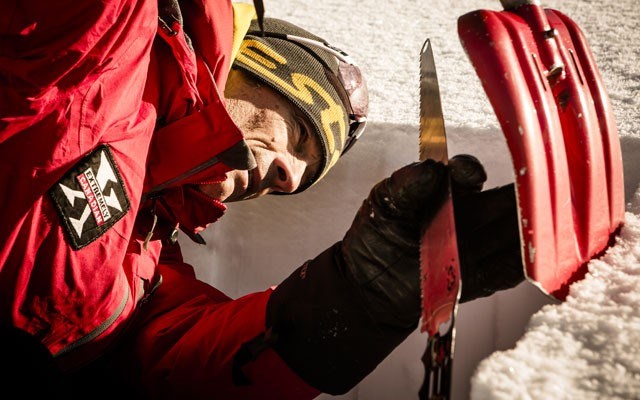 There is no app for avalanche rescue said the Canadian Avalanche Centre (CAC) this week.

Indeed the CAC is so concerned about the mistaken belief that an app can act like an avalanche transceiver that it took the unusual step of putting out a public warning about the technology.

"We decided to look into these things (Smartphone apps) because it was a concern to us that it looked like they were being marketed as a cheap, viable alternative to a true avalanche transceiver," said Karl Klassen, avalanche warning service manager for the CAC.

Among other things the CAC found that Smartphones are not capable of the same frequency as transceivers, which conform to an international standard of 457 kHz. That means that regardless of the brand, all transceivers can be used to search and find other transceivers, unlike the apps.

The CAC also said WiFi and Bluetooth signals used by the apps are weakened passing through snow and solid objects that could be found in avalanche debris raising questions about the accuracy of the GPS signal.

The warning has been welcomed by industry insiders in Whistler like Keith Reid, lead-backcountry guide for Extremely Canadian Backcountry Clinics and president of the Association of Canadian Mountain Guides.

"It's a pretty astute warning," said Reid. "There's really justifiable concern for public safety with people using those apps. I totally agree with the warning.

The issue of the proliferation of these apps came to light late this summer, prompting research from the CAC.

"If you're a solo guy wearing an app you might as well not be carrying anything because I can pretty much guarantee a person seeing an avalanche (in Whistler) they're going to be pulling out a transceiver and they're not going to find you," said Reid.

Another problem the CAC found is that the avalanche apps don't speak to each other.

"So if you have different cell phones, different platforms, different apps within the same group, it's not at all impossible, and one might even suspect that it's likely that you're going to end up sooner or later with people who think that they have some kind of rescue capability on their Smartphones, but it doesn't actually work because the other people don't have the same technology," explained Klassen.

Pique reached one of the app manufacturers this week but was unable to get comment before deadline.

The CAC is warning all backcountry users not to use any of these apps in place of an avalanche transceiver.

Those users are rapidly growing and changing in skier profile.

Reid said his information from backcountry wholesalers is that gear sales have been up roughly 40 per cent year over year in recent years.

The backskier profile is also expanding, encompassing more and more everyday skiers looking for something a little different. That changing demographic is a concern.

"Will a 19 year old who ducks the rope in Whistler decide to spend $5.99 on an app, or download a free app, instead of spending $300 or $400 or $500 on an avalanche transceiver? I wouldn't be at all surprised if some people actually use them like that," said Klassen.

"The rigorous testing that transceivers have to go through, the compatibility across all makes and designs to ensure maximum safety, the almost 100 per cent guarantee that it won't fail regardless of weather, impact, moisture, hundreds of hours of battery life, ability to track multiple beacons at one time, simplicity of use... no cell phone with an app can match that margin of safety and performance."

The CAC said there is no replacement for the right gear — a transceiver, a probe, a shovel.

"And more and more we are encouraging people to carry balloon packs," said Klassen.

"One of the things that we see more and more is that people don't consider ducking the ropes of a ski area going into the backcountry. There's near country, there's slack country, there's all kinds of names for it. But the bottom line is when you leave a controlled area you're going into the backcountry, it doesn't matter if you're 50 metres from the ropes or your 10 kilometres from the ropes. You're in an uncontrolled environment and you need the right tools."