Community tackles the pros and cons at second Whistler Debates
Oct 31, 2012 4:30 AM By: Alison Taylor 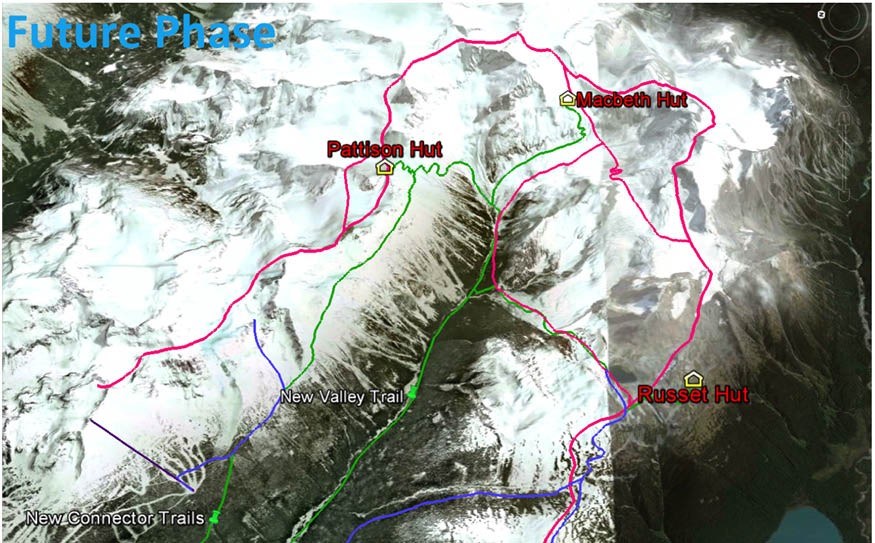 SPEARHEAD HUTS - The proposed route and location of the Spearhead huts. Submitted

As more people head into Whistler's wilderness backyard, it begs the question: should more be done to improve access to the backcountry, or not?

That question was put to the test Monday night at the second Whistler Debates event: Preservation vs. POW - a lighthearted evening that drew both hardcore mountaineers and newcomers to the backcountry.

Though the majority of the 50 people in the room were in favour of improving access both before and after the debate, Pique columnist Michel Beaudry and veteran Blackcomb ski patroller Wayne Flann won the debate overall with their persuasive argument on why access should be limited.

"Until we learn to be respectful... we don't deserve to have more access than we have," said Beaudry.

Flann followed up Beaudry's comments with first hand accounts of Whistler's impact on the backcountry.

The Pemberton Ice Cap for example used to be a place where he would see grizzly bear tracks at this time of year. Now there's abandoned snowmobiles, gas cans, belts.

And lest it be snowmobilers getting the bad rap alone Flann told stories of the skiers and riders too leaving beer cans, food wrappers and bags of salt at the Shooting Gallery, an out-of-bounds area off Blackcomb where skiers and riders build jumps.

"I feel that we've already given lots of access to the backcountry and people aren't respecting that," said Flann.

We should keep our mountains wild, agreed Wigley, but we can do that by improving access at specifically chosen areas. He called it Smart Site Specific Access Planning.

The reality is people are already in the backcountry with 70 to 100 people in the Spearhead Traverse on a good sunny day. It is the most popular ski touring destination in southwest B.C.

By improving access, Whistler can teach people how to be in the backcountry and be respectful.

"The real key to all this is education," said Wigley.

More access means more people will realize how special the backcountry is, how it must be protected.

"Progress for skiing has never been a bad thing," he added.

Salter too reinforced the importance of education.

As a backdrop to Monday's lighthearted debate is the $1.7 million Spearhead Huts proposal. The idea is to build three backcountry huts in the nearby Whistler backcountry, essentially opening up the area to more ski-touring enthusiasts.

The proposal has been officially submitted to BC Parks because the area is in Garibaldi Provincial Park.