Tommy Gaudet has been barefooting in and around Whistler for years
Sep 13, 2019 2:00 AM By: Joel Barde 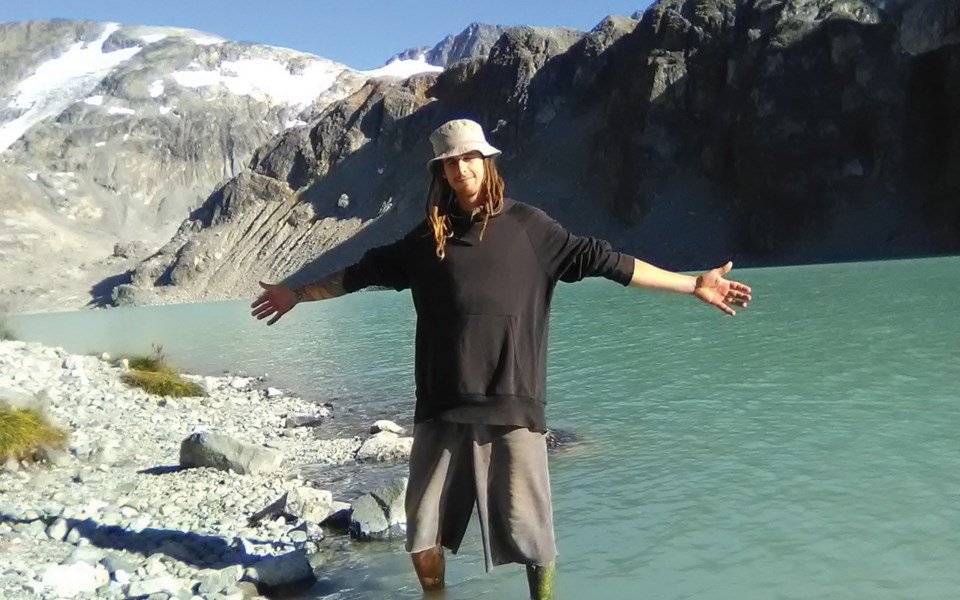 best foot forward After years of barefooting in and around Whistler, Tommy Gaudet recently hiked to Wedgemount Lake—and the lack of footwear didn't slow him down. photo submitted

tommy gaudet has thick skin—on his feet, that is.

After years of barefooting in and around Whistler, he recently hiked to Wedgemount Lake (arguably the most difficult hike in Garibaldi Provincial Park) in bare feet.

And according to Gaudet, at this point, the lack of footwear doesn't even slow him down.

Hiking barefoot means you are extra focused on where you place your feet, making sure that your foot lands in just the right spot, he explained.

For Gaudet, the 14-kilometre hike wasn't especially noteworthy, having completed numerous hikes, including up to Cheakamus and Rainbow lakes, without shoes.

Since adopting barefooting over 10 years ago, Gaudet said he's kept injuries to a minimum, save for a couple small punctures to his feet.

The only times he likes to sport shoes is when it's really cold or hot, he said, adding that "black pavement on a 35 degree day is something you have a hard time with."

Gaudet said he was introduced to the barefoot life through an ex-girlfriend.

"I liked it and stuck with it," he said. "Over the years, the skin under my feet has gotten a bit thicker, and it just feels easier and easier."

Gaudet recently moved to Revelstoke after about a dozen years in Whistler, where worked as a manager at Creekside Market.

Whistler, he said, has a strong barefoot scene. "I think the number of people who are outdoorsy and connected with nature is greater than in other cities," he said.

That said, there are limits to where Gaudet will take his barefooting ways when visiting the village.

"If I'm planning to go shopping, I usually have flip flops in my bag, so I can put footwear on when I go to restaurants," he said.

"I respect that not everyone has the same vision as me as far as barefooting goes."

"He's just happy without shoes on," he said.

The two have climbed together extensively; something that Gaudet, naturally, also likes to do barefoot.

Without climbing shoes—which point your toes towards one focal point, making it easier to get holds—Gaudet is still a strong climber.

"We're talking some serious grading. Not light stuff. He's very determined and focused ... I guess he's just one of those guys who doesn't want to rely on anything in life."

According to Gaudet, his feet are built up to the point where even difficult hikes like the Wedge are easy.

"After so many years, it just feels like a carpet," he said.