Ending referral charges and disclosing commissions would increase competition and could lead to lower rates
Jun 24, 2020 8:00 AM By: The Canadian Press 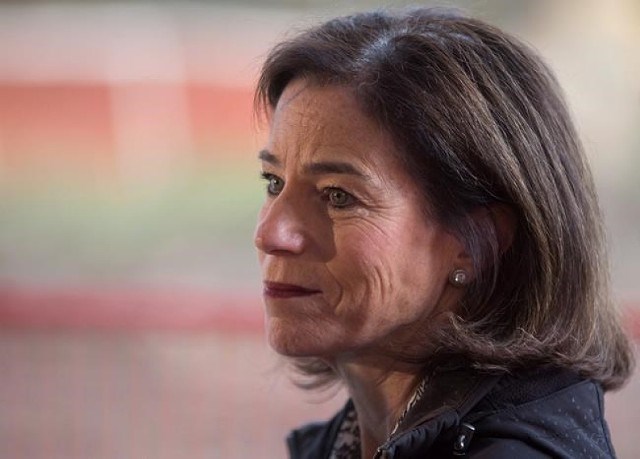 B.C. Minister of Municipal Affairs and Housing Selina Robinson listens as Premier John Horgan in Coquitlam, B.C., on Friday November 17, 2017. The B.C. government says it's taking the first steps to address concerns about sky-high costs and the availability of insurance for condominiums that have seen premiums rise by as much as 50 per cent. THE CANADIAN PRESS/Darryl Dyck

The B.C. government said it's taking the first steps to address concerns about sky-high costs and the availability of insurance for condominiums that have seen premiums rise by as much as 50 per cent.

Housing Minister Selina Robinson introduced legislation Tuesday, June 23, that proposes to amend the Strata Property Act and the Financial Institutions Act to bring more transparency to the insurance market and give property owners more tools to deal with the challenges they face.

"This is an issue that has been growing for a number of months and it's one that is being felt in communities across the province, and in fact around the world," Robinson said at a news conference. "We do absolutely understand the difficulty that people living in stratas are facing when dealing with significant increases in insurance costs or in some cases not being able to find insurance at all."

Condo councils are known as stratas in B.C.

A government-commissioned report released last week by the B.C. Financial Services Authority said the insurance market isn't healthy for about 1.5 million people living in condos, townhouses and other similar properties in the province.

The interim report said B.C.'s earthquake risk and insurance losses over the past three years from numerous minor claims due to poor building maintenance are among the reasons for the higher costs. It also found strata insurance has been used to fill gaps left by new home warranties and maintenance programs for older buildings.

Robinson said the legislation would bring balance back to the insurance market by, among other things, ending the practice of insurance brokers paying referral fees to property managers, setting clear guidelines on insurance requirements for condo councils and strengthening depreciation reporting requirements.

Tony Gioventu, executive director of the Condominium Homeowners Association, said he supported the proposed changes, saying they will result in more competition and lower fees.

"The disclosure of fees and commissions and the end of undisclosed commissions to third-party brokerages will certainly affect the outcomes," said Gioventu, who participated in the government's news conference. "The transparency of fees and commissions that are collected or earned by the insurance brokerages will also provide a high level of transparency on the industry, which will enable competition, which will be beneficial to the public."

Finance Minister Carole James said the insurance industry is a private marketplace, but ending referral charges and disclosing commissions would increase competition and could lead to lower rates.

"We have heard that commissions could have been up to, it's been reported, up to 20 per cent of the cost," said James. "That's a very large amount that is going into commission fees, so by disclosing that we believe that will help create some competition and help address some of the challenges."

In a statement, the executive director of the Insurance Brokers Association of B.C. said the changes "will be critical foundation pieces" in finding a solution.

"These are the first steps necessary to stabilize the strata insurance market in the province," said Chuck Byrne.

"Now, the government has put forward a bill that provides zero financial relief to condo and townhome owners who desperately need it," he said in a statement. "We've heard horror stories of British Columbians facing significant financial stress and anxiety as a result of being hit with huge increases in their monthly strata fees and one-time special assessments in the thousands of dollars, and yet the government's bill does nothing to keep money in their pockets."

The Financial Services Authority is meeting with those affected by the higher premiums including condo owners and insurance industry officials throughout the summer to prepare a final report to submit to the government this fall.