Pemberton's fear over new transmission lines refuses to die, and Site C is making it worse.
Jun 11, 2010 7:28 AM By: Jesse Ferreras 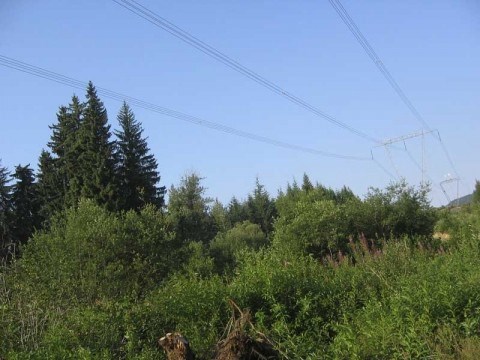 Pemberton's fear over new transmission lines refuses to die, and Site C is making it worse.

The 900 MW mega-project, slated for the Peace River in northern British Columbia, is a continuing source of concern for at least one member of council in the Village of Pemberton.

Councillor Susie Gimse, who also serves as director of Area C on the board of the Squamish-Lillooet Regional District, worries that the project will require the power authority to upgrade its transmission lines to accommodate the amount of electricity that will be transported from the north to Vancouver.

She and Mayor Jordan Sturdy attended a meeting with BC Hydro officials at the Lower Mainland Local Government Association in May - a meeting where the officials said they haven't decided on the transmission route for the Site C project, according to Gimse.

"They're making an assumption that everything is going to go as planned," she said. "They did state that there would need to be some upgrades, then they went on to say they hadn't done the planning yet for the transmission line.

"When they were talking about Site C before, this was the route, some of it will come through the Pemberton area. I believe they need to increase the capacity."

For its part, B.C. Hydro has always denied that it will build new transmission lines through the Pemberton Valley, saying that new lines will only extend to a substation near the project. B.C. Hydro spokesman David Conway said no new transmission lines would be built beyond a dam in the Peace Canyon and there will be no electricity upgrades in Pemberton and Whistler "at this time."

Transmission lines are a particularly sticky subject for a community that already has 250 kV and 500 kV lines traversing the valley. They run through some of the busiest areas of town, passing over the bike park and skate park, and across the fields of Signal Hill Elementary School.

The fears over Site C have become so pronounced because the Village is already grappling with the possible impacts of the Upper Lillooet hydro project, a trio of run-of-river facilities being promoted by Innergex and Ledcor that is expected to include a 72- kilometre transmission line running down the valley.

The line is of particular concern for Pemberton because the Ryan River north of the village is being considered for development of a 145 MW project that will also require a transmission line. The two developments will essentially require power lines coming from two separate directions.

As for Site C, Sturdy is concerned that the existing lines could require upgrades. That could mean constructing new power lines on top of the ones that are there.

"There's two 230 kV lines and a 500 kV line running right through the Village, then one that goes down the east side of Lillooet Lake," he said. "I think it's reasonable to speculate that if they have a need to upgrade those transmission lines, it will be one of those 230 kV lines that will be upgraded to a 500 or 750, who knows."

Though Pemberton politicians are concerned about the lines, they feel helpless to do anything. An amendment to B.C.'s Utilities Commission Act in 2006 made it so that local governments could not deny zoning over public utilities, effectively taking away their ability to veto projects that appear within their boundaries.

More recently, the provincial government introduced the Clean Energy Act, which contains an item that also exempts run-of-river and other clean energy projects from getting a Certificate of Public Convenience and Necessity (CPCN).

Obtaining such a certificate requires a utility to go through a process mandated by the B.C. Utilities Commission (BCUC), a process through which a local government can gain intervenor status in a project.

Asked how they feel about this section of the Act, council responded with caution.

"At the end of the day we could have a comment, but we have no legislative authority to change the end result," Sturdy said. "As an intervenor you can have a comment but that's all you can do. We have every opportunity to make a comment, and not perhaps in a formal way through the BCUC, but we can certainly make a comment otherwise."

"On the surface I would say that's not very good for the general public," she said.