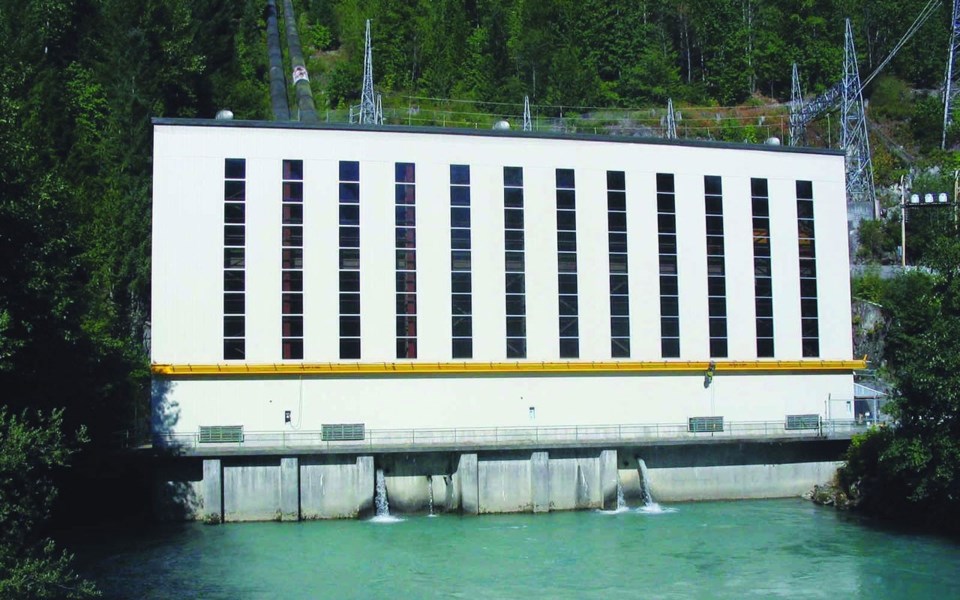 RAMPING UP BC Hydro's Daisy Lake Dam. Photo courtesy of BC Hydro

BC Hydro is reviewing its water ramping rates on Cheakamus River after reports of fish fry being stranded.

"We're aware of the recent stranding observation made by the public on the Cheakamus River and are looking at how best to address this in both the short and longer term," read an email from BC Hydro spokesperson Tanya Fish.

Ramping is essentially a change in discharge of water levels, in this case, at the hydroelectric facility at the Daisy Lake Dam, which can leave fish fry—small, young fish that are just beginning to emerge from their gravel nest—stranded.

"What ends up happening is that fish can't respond to that big of a change and get out of there quick enough. They're not biologically able to detect a really rapid change in water level," explained Chessy Knight, president of the Squamish River Watershed Society.

BC Hydro's ramping rates were established as part of its Water Use Plan, which was finalized in 2006 and includes requirements around ramping rates and monitoring the impact of flows on fish. BC Hydro said that, while it is "fully compliant" with the rates agreed to 12 years ago, "we understand the need to revisit these rates as they are a higher priority now than they were when the Water Use Plan was first developed," Fish explained.

BC Hydro also said it has undertaken "numerous studies" over the past decades monitoring the impact of ramping on fish in the Cheakamus River, a commitment that was mandated to end last year. "(However), we're continuing a select number of studies where we have identified the need for more data to inform the Cheakamus Water Use Plan Order Review, which is expected to commence in 2020," noted Fish.

One of those studies is set to go ahead this month, but fish advocates have warned that it's not the right time of year.

"When these large ramping rates are happening is the months of May through July, in years where we have a large snowpack and there is more water in Daisy Lake," wrote Sea to Sky Fisheries Roundtable member Dave Brown in an email to BC Hydro that he shared with Pique. "Once we get to August, the ramping rates become less of an issue, because the reservoir is lower at Daisy Lake."

Fry stranding is a difficult phenomenon to study, and there's little data out there specific to Cheakamus River, noted Knight.

"There's been a few studies, but there's nothing conclusive—and ramping can be very hard to study in the field," she explained. "You might go out and see one rapid drop in water level and see some stranded fry, but it really depends on the time of year and what species is there."

Conservationists have urged BC Hydro to take more immediate action to mitigate the effects of ramping on fish in the Cheakamus.

"Right now BC Hydro is doing ramping rates of large amounts of water in a very short time period. This results in fry stranding, which is something we all agree on," Brown said in his email. "If these ramping rates were done more slowly over a longer period of time, then fry stranding could be reduced."

Fisheries and Oceans Canada recommends ramping rates of 2.5 cubic centimetres an hour, lower than the rates agreed to as part of the Cheakamus Water Use Plan.

More timely than a fish monitoring study—which would result in more fry being stranded, Knight said—would be an operational analysis to determine if lowering ramping rates at the Cheakamus Dam would place a significant economic burden on the provincial utility.

"If it's not difficult for your plant to do and it doesn't cost you too much money, why not just implement a slower ramping rate?" Knight asked.