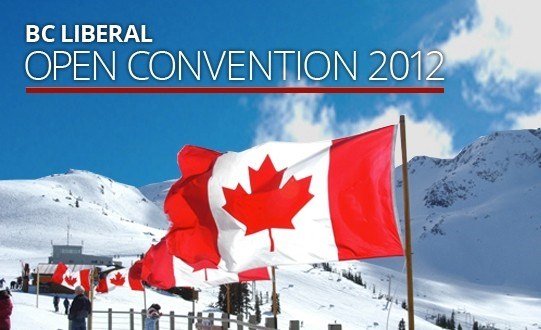 Free Enterprise Friday at the annual conference of the BC Liberals, which took place at the Fairmont Chateau Whistler on Oct. 26, was, as one speaker put it, about "maximizing economic freedom" in the private sector.

The minister for small business, Naomi Yamamoto, was in Whistler a day early to meet local business owners at an open house hosted by the Whistler Chamber of Commerce.

Interviewed following a plenary at the conference called "What Can We Do Together to Build B.C.'s Economy," Yamamoto said the challenges experienced by Whistler are experienced around the province.

"I think Whistler is very reflective of B.C., in which is 98 per cent of all businesses are small businesses," she said.

"The message is very clear, if you have a strong small business community, you've got a healthy community. Small businesspeople don't just own and run their own business, they're also coaches, volunteers in the PAC, Rotarians. When you have a business, it allows the freedom to participate in the community and you do have a healthier, more vibrant community."

"It was a networking event with booths set up, with businesses that can help other small businesses, and it was an opportunity to celebrate Small Business Month," she said.

"One of the challenges I heard about was access to capital, and that's a common issue. The other issue is high business property taxes compared to the residential as a barrier to growth."

When asked how as a provincial minister how she looks at these "micro" issues, Yamamoto said she was "trying to celebrate the municipalities that are friendly to small businesses."

"The small business roundtable, which is an initiative of this government, awarded six communities in British Columbia with a Small Business-Friendly Award part of my goal is to show the municipalities that didn't quite win the award yet what other municipalities have won in order to set the stage and environment to foster small business and encourage investors," she said.

Another issue, which became a running theme at the conference, was to encourage risk-taking and entrepreneurialism at a younger age. A new smartphone/iPhone app and website game for teens aged 15 to 18 to encourage them to find out if they have what it takes to become their own boss has just been launched: www.bossyourselfbc.ca.

Other speakers included representatives from the resource sector, including Byng Giraud of Imperial Metals, who compare negatively the hoops he has had to jump through regarding establishing the controversial Red Chris Mine in northwestern B.C., which took over a decade. This, he said, compared to Chinese projects such as nuclear power stations that moved from concept to completion within four years.

He also appealed to the BC Liberal base to become more active counteracting activists who protest resource development,

"Without business, you don't have nothing," he said.

Five overall themes from "What Can We Do Together to Build B.C.'s Economy" were:

* Supporting major resource infrastructure projects such as mining and energy;

* Using the private sector as a mechanism for job creation;

* Implementing entrepreneurial and innovative education; and,

* Addressing how to work together to encourage collaborative practices to build a strong economy.

There were also other thoughts on delegates' minds; speakers including former federal minister Stockwell Day and Conservative senator Gerry St. Germaine, referred to the upcoming provincial election in May 2013 at the final session of the day.

"The socialist hoards are at the gates and we need to keep them out of the gates," St. Germaine said, to cheering delegates.

Delegates were encouraged by other open mic speakers to take new voters to the polls and to fight for the party.

For Pemberton's mayor, Jordan Sturdy, it was a chance to introduce himself as the hopeful replacement for current MLA Joan McIntyre. Sturdy announced he was running for the position earlier this week, no other potential BC Liberal candidates have yet joined him in the race to replace McIntyre as the party candidate.

"I've certainly had the pleasure of working with this government during the last three terms," Sturdy told delegates. "I certainly look forward to a majority government in May 2013, and I hope to be part of that."

The day wrapped up with Premier Christy Clark's rallying of the faithful.

"If you ask me, the BC Liberal Party reflects British Columbia," Clark said. "Everybody in this province is dependent on the people in this room to ensure their future. At the end of Free Enterprise Friday, I want to just remind you of this: every one of us, in our communities, has the chance to stand up for people who are vulnerable, or who do lose their livelihoods, or whose children might have to go to Alberta because they don't have a job."