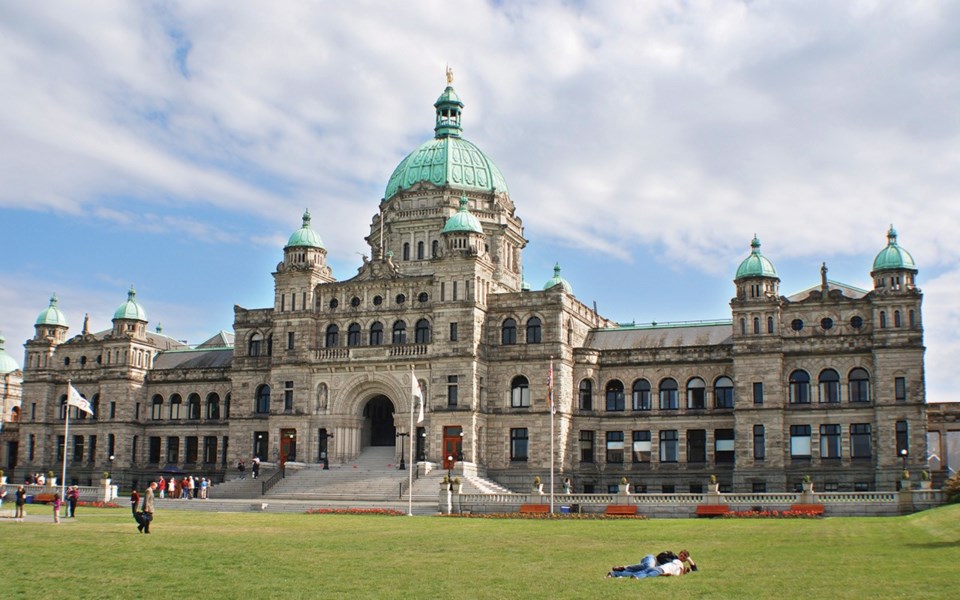 Following through on an election promise, B.C.'s new NDP government, supported by the Green Party, will hold a referendum on electoral reform before November 2018.

But will British Columbians care enough to make their voices heard?

"I'm not convinced there's too much public appetite this time around," said David Moscrop, post-doctoral fellow at Simon Fraser University.

"I think people care about this, care about it a lot, but probably not enough to make up for the pretty significant plurality, if not majority, who just don't care at all."

The provincial government has gone down this road twice before in recent years, with referendums in 2005 and 2009. Both failed to meet the government-set threshold for reform.

The threshold for the province-wide, 2018 vote is set at 50 per cent plus one.

This time around, British Columbians will decide if they're in favour of proportional representation via a mail-in ballot.

"I think the turnout will be low. Dismally low," Moscrop said.

"It's a mail-in ballot at the same time as the municipal elections. It's not like you go in and you vote when you vote for the council and mayor, you just have to mail it in separately. So that's not a great start."

That could change `if the government commits to stumping hard for reform and educating the public, but "I don't love the chances that we're going to get it," Moscrop said.

Moscrop has been in favour of electoral reform for a long time, specifically a mixed-member proportional system, and argued in favour of it on a federal level in a March, 2016 paper for the Broadbent Institute: www.broadbentinstitute.ca/an_electoral_system_for_all.

"It's certainly more of a fair outcome, and I think a more broadly representative outcome, so I'm all for it. But I don't love our chances. The timeline is not great," he said.

Why should British Columbians get engaged?

"It's one of the fundamental rules of how we self govern, how we elect our representatives, how we return them to the legislature, and so it's absolutely essential to how our democracy works, and it's going to shape it. So that in and of itself is a good reason to engage," Moscrop said.

But learning about the different electoral processes is not intuitive, and can take some effort on the part of the individual.

"It's worth taking the little bit of time it takes to get comfortable with the different systems and make a decision, and the even less time it will take to fill out and mail in a ballot," Moscrop said.

"You have a chance to decide not just who gets elected, but how they get elected, which is even more important than who gets elected in any given contest. I mean, it's a once in a lifetime opportunity to decide the rules of the game."

Thankfully, there are ample resources out there to help people find their way.

"It sounds silly, but the best stuff I've found for actually understanding the systems are YouTube videos. There's a whole bunch of them," Moscrop said.

If the referendum passes, British Columbia's new electoral system will likely end up being some version of the Single Transferrable Vote (STV) model — the system proposed in both the 2005 and 2009 referendums (the 2005 vote was supported by 57.7 per cent of voters, but failed to meet the 60-per-cent threshold set by government; the 2009 vote failed with just 39.1 per cent voting in favour).

An STV model would likely mean more multi-party governments like what B.C. currently has, and the potential for new political parties to gain ground.

"Maybe the BC Conservatives would pick up a seat or two, maybe there would be a far-left party that emerged... it would look broadly similar, you would just have a more cooperative government, because you would need more than one party to form the government," Moscrop said.

"You'd probably have less dominance by a single party, but day to day, the roads are going to look the same. It's not going to stop raining in the Lower Mainland. The grapes will still grow in the Okanagan.

"It's going to be broadly similar, but at election time it will be different, because the parties are going to have to negotiate with one another."