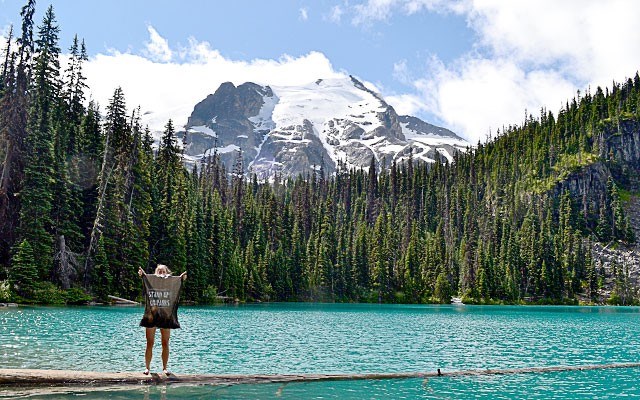 The Canadian Parks and Wilderness Society (CPAWS) says that more rangers are urgently needed and that previously agreed upon funding increases don't cut it.

"It's very important to spread the message right now," said CPAWS ambassador Heather Filyk. If the organization can show there is "tremendous support" for BC Parks, Filyk said, legislators will be more likely to increase funding in next spring's budget.

CPAWS is currently circulating a petition that asks B.C.'s newly elected NDP government to fulfill three specific demands: increase the number of park rangers to 360; increase annual operations and maintenance funding to $60 million a year (up from $39 million in 2016-17); and continually increase funding until BC Parks receives levels of funding that match leading park agencies, like Parks Canada and Alberta Parks.

Over the past few years, Sea to Sky parks have exploded in popularity.

And in some cases, they are showing a complete disregard for the parks they're visiting. With its crystal blue waters and easy access, Joffre Lakes Provincial Park has seen a dramatic increase in visitors in recent years.

On a busy day, it can see up to 2,000 visitors, causing massive problems with trash and illegal parking.

On a late-July weekend, Filyk led a group of campers from the UBC Varsity Outdoor Club on an overnight camping trip at the park.

She was dismayed by much of what she saw, including a 20-something smoking cigarettes, who tore down a small tree near his camp, had a fire, and blasted music over a portable speaker.

Noticing the airport tags on the man's bag, she figured he and his girlfriend were probably from Europe.

"How are they supposed to know the rules are different here?" Filyk asked. "I can't really fault them."

The park needs people at the start of the trail to explain backcountry basics, like the need to pack out what you pack in. It would be a great job for an "enthusiastic young person," she said. Despite it being a busy weekend, there was no park ranger on staff during the evening, and the one ranger she saw during the day was overwhelmed managing the parking lot, which was at capacity.

West Vancouver-Sea to Sky MLA Jordan Sturdy said there is tension between the need to bring tourists to the region and protecting the environment.

He feels the situation at Joffre Lakes has gotten out of control, and he wants to see more funding for additional camping spaces closer to the Lower Mainland to draw away users.

Sturdy, however, is not in favour of the increases that CPAWS is calling for.

"This is a much bigger issue than simply adding park rangers," he said. "Park staff are only part of it."

Visitors need to learn how to behave, and that can be taught through online programs and grassroots social media campaigns, said Sturdy.

Last month, two hikers hauled over 18 kilograms of trash from Joffre Lakes, including a heap of garbage wrapped in a tarp. Their Instagram and Facebook posts went viral, garnering media attention and thousands of likes on social media. It was a good example of what needs to happen, said Sturdy.

One of the hikers was an employee for local outdoor adventure outfitter Escape Route. Following the success of the posts, the retailer helped him develop a contest aimed at raising awareness of trash in parks.

To enter, hikers collect garbage from trails and post a photo of them on Instagram with the hashtag #packitout. The post with the most "likes" wins a backpack full of swag.

"It feels nice to be using social media as a force for good," said Linsey Stevenson, a spokesperson for Escape Route. "People are used to seeing all of these beautiful photos (on Instagram), but then if people can see these ugly photos of garbage, it will make them think, 'Ohh that's awful! I don't want to contribute to that.'"

Funding for BC Parks has been a hot-button issue for CPAWS and other environmental groups for years. In 2000, the BC Liberals began dramatic cuts, only to increase funding in the lead up to this May's provincial election.

According to CPAWS, in 2000, there were 271 park rangers, but by 2010 there were only 164 — and staffing remained at that level until this year, when an additional 28 rangers were hired.

For Filyk and others, though, it's all about pressuring B.C.'s new government to commit to sustained funding going forward.

While the BC NDP ran on a platform that promised to "restore" funding for BC Parks, they have provided little in the way of details.

There are two ways to approach conservation, Filyk said: make the parks inaccessible, or educate people so they can visit respectfully.

"I take the second approach," she said.

"I want people to experience the positive benefits that I've gotten, but to do so in a way that does not damage the natural environment."

To sign CPAWS petition and find out more about its campaign, visit http://e-activist.com/ea-action/action?ea.client.id=1996&ea.campaign.id=72666.