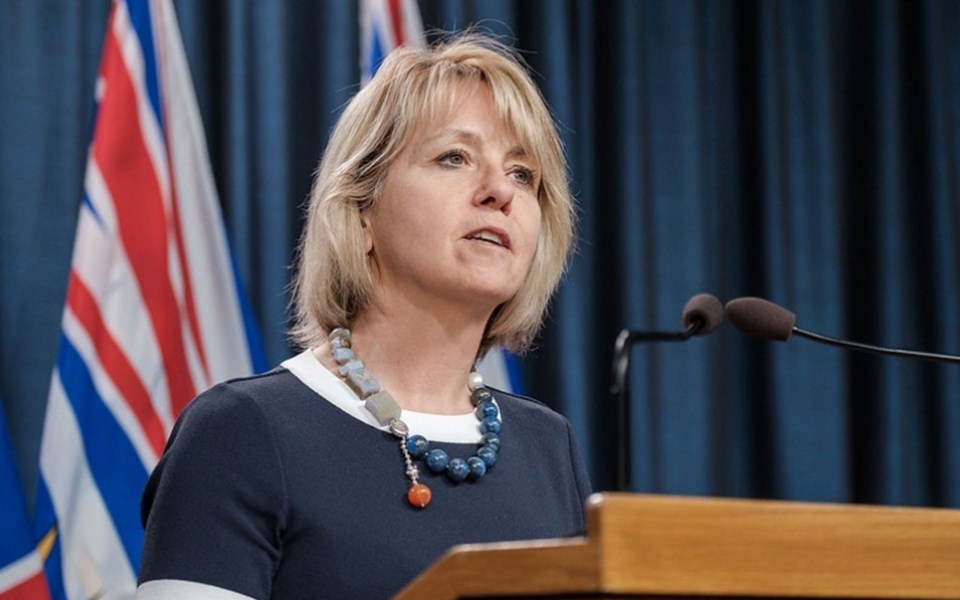 B.C. businesses started re-opening May 19 as long as they do so with policies in place to protect staff and customers, provincial medical health officer Dr. Bonnie Henry says. Those policies will remain in place province wide she said June 2, no matter what the rates of infection are in specific regions.

There are just 193 active cases of COVID-19 in the province and all of them are contained within the Lower Mainland, according to Friday’s update from the BC Centre for Disease Control.

The “all clear,” for now, on Vancouver Island and in the interior and northern regions of B.C. has many, including BC Liberal party leader Andrew Wilkinson, asking if economic and social/physical restrictions should ease according to each region.

“It seems reasonable to at least consider tailored, regional reopening plans based on the specific case counts of each region," said Wilkinson Tuesday.

But Provincial Health Officer Dr. Bonnie Henry says she would prefer to maintain her COVID-19 orders on a provincial basis.

“I believe one of the things that has allowed us to manage this pandemic in the way we have, and to keep our overall numbers low, is because we have had a coordinated provincial approach,” said Henry, also on Tuesday.

Between then and Friday three of five regional health authorities (Vancouver Island, Interior and Northern) became clear of tested COVID-19 cases — people have either fully recovered from the virus, or they have died.

“At this point this approach has served us well and we should have a continued approach,” said Henry, at a daily briefing.

However, Henry and Minister of Health Adrian Dix maintain the risk is the same across the province despite the regional data.

“I don’t feel there is a differential risk,” said Henry.

“It continues to be an issue in every part of the province,” said Dix.

Wilkinson had previously asked for “some professional advice as to whether we should treat Canada as one single jurisdiction or B.C. as one big single zone, or Vancouver Island as a single zone.”

“This has to be addressed,” he said, “as the numbers get smaller and smaller and people are legitimately asking if they will be bound by the same rules no matter where they live.”

When asked how regional openings would be addressed considering people travel between health authorities (say, from a “hot zone” to a COVID-19-free zone), Wilkinson said: “We already have the situation in Canada, with its huge geography, where people are moving between provinces, so it seems to make sense when northern British Columbia is the size of France that they might have different rules from southern British Columbia or Vancouver Island.”

He provided Global News on Thursday a more specific example, such as one person in Penticton being able to rent a hotel room in Kelowna, or vice versa (while resorts and hotels remain closed in other parts of the province).

“We’re going to have travel advisories in different forms for a long time to come, whether it’s the U.S. border or getting on an airplane to an international destination. It’s not just a matter of whether people don’t feel like going, but the advice that they need about whether or not to go. And that’s the same whether it’s Vancouver Island or going to Japan or going to Alberta,” said Wilkinson.

Dix said Wilkinson’s questions are “reasonable” given the situation, but he reinforced his argument by noting the small number of large regional health authorities in B.C. have made handling the pandemic easier than in Ontario, for example, where there is more splintered administration, including individual hospital boards.

Active COVID-19 cases/hospitalizations in B.C. as of June 5: