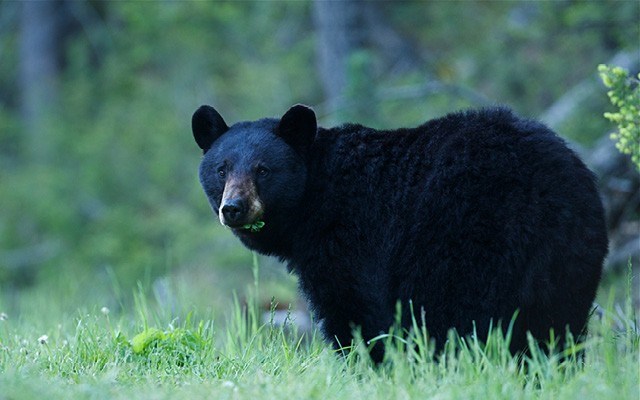 Earlier this month, the Conservation Officer Service (COS) confirmed that, since April 1, there have been roughly 8,900 reported conflicts province-wide, compared to 4,900 in 2016.

The largest increases in call volume, the COS said, were in Skeena, Vancouver Island, West Kootenay, and the South Coast region, which includes the Sea to Sky. The rise in reports has also translated into an increase in the number of bears euthanized by conservation officers. Between April and July, 233 black bears were killed across B.C., compared to 123 during the same period last year.

"Many of these conflicts were and are preventable, so the COS would like to remind the public to secure attractants, such as garbage and fruit, that might attract bears," urged Chris Doyle, deputy chief with the COS.

It's a message the bear-smart community of Whistler has heard countless times before, and there's no denying the human element still plays the largest role in driving wildlife conflict.

"It is a human story," said Adam Ford, Canadian Research Chair in Wildlife Restoration Ecology, and an assistant professor at UBC's Okanagan campus. "There are ecological factors in the landscape that contribute to variation in conflict, but you take the people out of the landscape and you've got no conflict."

Those "ecological factors" appear to have exacerbated the problem this year, explained Doyle.

"Having experienced a colder, wet spring, it's likely that some of the natural food was delayed in ripening and that still could be continuing now in some areas. That brought some of those bears into conflict and some of them may have stayed in conflict as the natural food supply starts to ripen," he said, noting that other factors, such as the distinct dynamics of certain areas' bear populations, also played a role.

For several years, researchers have been working to get a better handle on how the health of berry crops impacts bear conflict, with a team carrying out a study in Banff National Park "where they would do inventories, take pictures and find fancy ways to count berries on a tree using computer algorithms," Ford said.

A separate group made of representatives from Parks Canada, the B.C. and Alberta COS, academia, industry, and NGOs met in Kelowna this spring to discuss the creation of "a network of human-wildlife co-existence specialists," Ford explained.

"What we learned is we all think about conflict in different ways and we record that information in different ways," he added. "What we need is a broader effort to bring these different practitioners together to come up with a common way of understanding this problem."

One of the key issues, Ford believes, is that often agencies aren't sharing information on conflict-prone animals effectively.

"An animal can be a problem in one jurisdiction, cross a border, and cause problems in another jurisdiction, and those jurisdictions aren't always on the same page of how to manage that problem," he said.

One strategy to mitigate conflict that has recently been floated locally is the use of trained dogs to shepherd bears out of conflict zones. It's a tactic that has been deployed successfully by the Wind River Bear Institute (WRBI) at several local events, including the most recent editions of Tough Mudder, the Whistler Half Marathon and Ironman Canada.

"It's about a certain methodology in mitigating and preventing conflicts with bears, and the dogs are one of the more useful tools we have," said Lori Homstol, dog handler with the WRBI.

Although the dogs are used in a handful of Alberta jurisdictions, the B.C. COS has yet to adopt the approach.

"Really, it's about prioritizing where we're going to expend our efforts and the resources we have in how we respond to conflicts," said Doyle. "We're really focusing on prevention at this point and bringing communities along to be bear smart, so when there are tools available those tools will be way more effective where attractants aren't available."