B.C. to end the hunting of grizzly bears 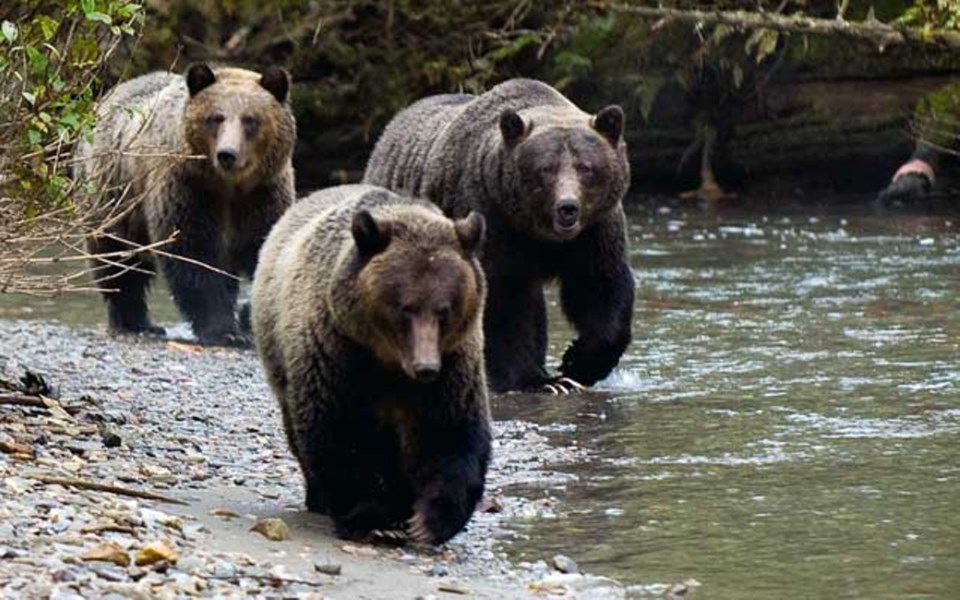 The B.C. government has announced that the province's grizzly hunt is a thing of the past.

The decision comes after a month-long consultation process with various stakeholders and First Nations groups.

"It's abundantly clear that most British Columbians do not support the killing of grizzly bears," said B.C.'s Minister of Natural Resources Doug Donaldson, during a press conference this morning, Dec. 18.

"The ban on resident and non-resident hunters takes effect immediately," he said.

Under the new rules, First Nations will still be able to hunt grizzly bears for ceremonial and food purposes.

The decision comes as welcome news to opponents of the hunt. In August, the government vowed to end trophy hunting of grizzly bears, but retain a "meat hunt."

In a press conference at the time, Donaldson said hunters would not be able to keep the fur, paws or head of a grizzly after that fall's hunting season.

For many environmental groups, it was seen as a half measure.

According to the government, it received almost 4,200 written responses during its consultation process. "(Seventy-eight) per cent of (the written responses) said clearly that they thought the policy we announced had loopholes that they did not think could be effectively closed and they wanted the hunt closed entries," explained B.C.'s Environment Minister George Heyman.

"There will be no room for confusion between a trophy hunt and a grizzly hunt" going forward, he said.

The ministers also re-committed to enacting calls to action outlined in an October report by B.C.'s auditor general, which revealed that the government does not have a comprehensive grizzly bear management program, or a sound inventory and monitoring system for specific grizzly bear populations.

Pick up Pique Thursday for the full story, and read reporter Joel Barde's feature, "The Last Hunt" - the story of one of the last grizzly bear trophy hunts to be allowed in B.C.