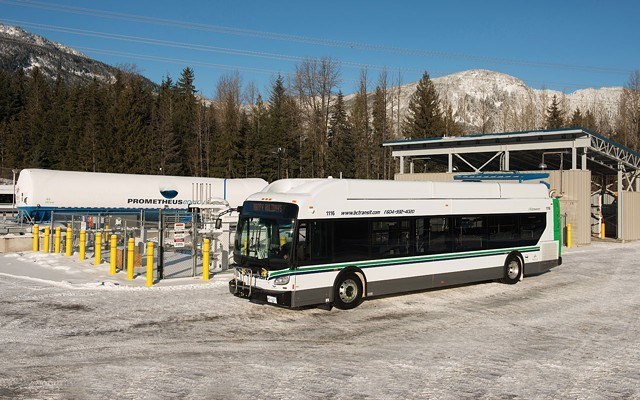 There's something important that BC Transit riders should know: Big Brother is probably watching.

BC Transit is touting its embrace of closed circuit television cameras (CCTV), having installed the video monitoring systems on over 600 busses across the province, including all of Whistler's fleet.

According to Jonathon Dyck, communications manager for BC Transit, CCTV has "given (BC Transit) another tool on the bus to follow up if there is an unfortunate incident on the bus," said Dyck.

BC Transit believes that merely having the systems installed-which are visible to passengers-can deter bad behavior, he added.

"We know anecdotally that if people see cameras on the buses, then they're less likely to do something inappropriate on the bus," Dyck said.

Since the CCTV pilot program began in 2015, BC Transit has used CCTV footage to support investigations almost 3,500 times on its buses across the province. This includes over 360 police investigations.

Dyck said that in 2018 alone, footage from Whistler buses was requested 63 times.

The footage, he explained, could have been requested for a host of purposes, from ICBC investigations into accidents to follow-ups on customer service complaints. Dyck did not have numbers on how many of them were RCMP-related.

CCTV is just one of a number of initiatives aimed at improving driver safety, Dyck said, adding that the transit service is currently looking at installing driver doors as well.

The proof of concept is taking place in Abbotsford, Kelowna and Victoria, with five full driver doors being installed on buses at a cost of approximately $6,000 each.

"It's something that we know other transit agencies are looking at as well," he said.

"We're analyzing the data that came in and trying to determine what the next steps are."

Speaking on privacy concerns, Dyck said it's important to note that the CCTV feed is not "live monitored."

"There is not someone sitting there and watching the cameras in real-time and seeing what's happening," he said.

If there is an incident on the bus, BC Transit has seven days to go back and "pull that footage," otherwise it is recorded over, he added.

"We recognize that privacy is a big thing for our riders and the public," Dyck said.

"We're working hard to try to balance privacy while also increasing safety on board our buses."