Raise a glass to our lush province's most outlandish legal hangovers
Jan 4, 2012 8:00 PM By: Sarah Berman 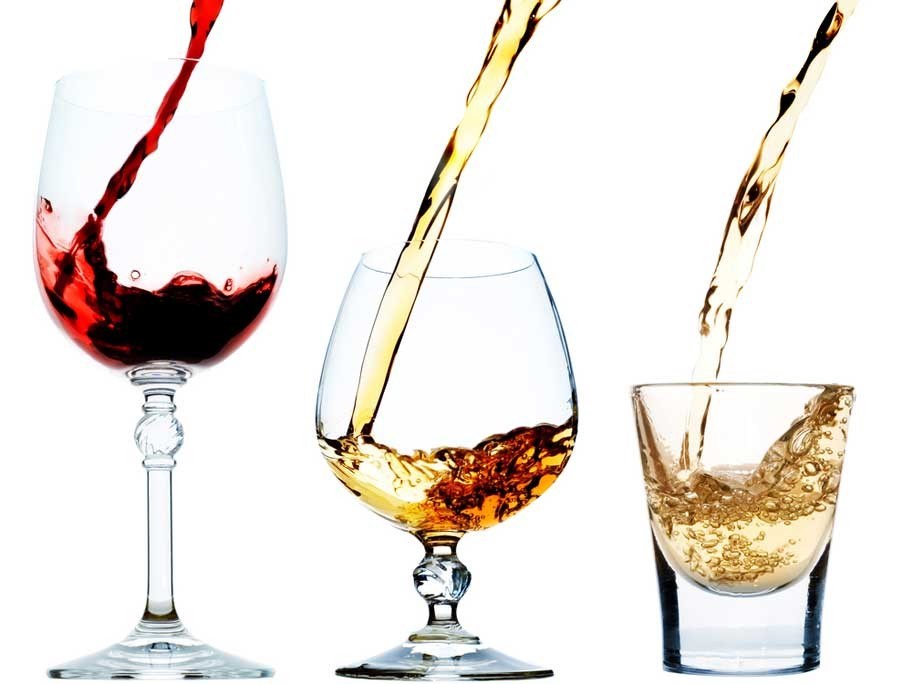 The year is 1949. British reporter Noel Monks walks into the Hotel Vancouver and orders a pint. The barman turns him away — not because he's intoxicated or even poorly dressed — Monks was bounced for standing on two feet.

The journalist later wrote Canada is "a tremendous, virile country... Yet you've apparently let yourselves be legislated into a state of adolescence when it comes to the use of alcohol."

Monks had reason to be miffed. At the time, B.C.'s beer-serving establishments outlawed music, dancing, food of all kinds, unescorted women and standing upright with a beer. Wine or whisky weren't on the menu, and mocking the rules by crawling from one table to the next was presumably more than frowned upon.

Local historian Robert Campbell (author of Sit Down and Drink Your Beer) explains these laws were a reaction to the "wild west" era before prohibition. "There was intense debate. The government wasn't necessarily against liquor, but against the 24/7 public drinking and drunkeness in saloons."

Following the First World War (a brief time of temperance in Canada), B.C. axed its prohibition laws and brought back booze under heavy government control. "They banned all the trappings of the former saloons," says Campbell. "Anything that might encourage one to drink."

We've come a long way since those puritanical days, but change has been astonishingly slow. Despite a culture predisposed to bonding over bevvies, B.C.'s liquor laws remain among the most archaic and outdated in North America.

An example: until earlier this year, it was against the law for performers to sip beer on any stage in the province. For rock bands touring anywhere from Nanaimo to Vancouver to Prince George, liquid courage was technically off limits.

It's a rule still enforced by many B.C. bar owners who fear inspections and penalties. The Astoria pub in Vancouver is one such venue: "You can't drink or even dance on the stage with a drink," confirms Astoria bouncer Buck Lafontaine. "We tell them before they go up: water, but nothing else."

"I want to drink a beer in between songs," shrugs musician David Rogria after a recent show at the pub. Rogria books live gigs for the Astoria and plays in a band called Basketball. "Security (staff) have a lot more important things to do than bother musicians drinking on stage."

Campbell says the law was likely a "hangover" from the post-1920 restrictions on entertainment. "It has very deep roots, I suspect." After the better part of a century, this relic of screwy prohibition-era logic was finally laid to rest.

"We're looking at some deeply antiquated policies," Vancouver Councillor Heather Deal says of B.C.'s Liquor Control and Licensing Act. "It's not about being permissive to the point of encouraging abuse, but bringing legislation into the modern age."

2. No wine with that movie!

It's an old law, thrown into question by an equally ancient theatre: the 1938 Rio in East Vancouver. Functioning as a single-screen multimedia venue for many years, the theatre has been locked in liquor licence limbo for nearly a year.

The City of Vancouver has endorsed the Rio's application for a full-time licence, but the provincial government has ruled the heritage space would have to stop functioning as a theatre.

"That's what the province has told us. They've made it very clear," owner and general manager Corinne Lea says. "With this application process we must now be a live venue exclusively." It's a strange violation, considering the Rio has regularly served drinks at live events using temporary licences.

That news came as quite a shock back in September — eight months into Lea's application — after she'd spent $100,000 on a 3-D projector. "We're fully equipped for film. Our fans like to see movies here. It's a big blow to our business."

Liquor Control and Licensing Branch general manager Karen Ayers says the law is in place to prevent minors from accessing alcohol. Kids like movies, she says, and aren't easily monitored in a dark theatre.

"I have seen letters from individual people wanting government to change regulations to permit the Rio Theatre to serve liquor and screen films." Ayers confirms. "Our response so far has been that the regulations don't permit what they're looking for."

An online petition calling for the law to be repealed has collected a couple thousand signatures since October. With the City and public in full support, the Rio must wait for legislation to catch up.

Alberta can be forgiven for its lack of wine country. But as visitors, British Columbians might be tempted to bring over a bottle or two from Canada's oldest wine region.

However, thanks to the Importation of Intoxicating Liquors Act, doing so is a federal offense. No liquor is allowed to cross provincial borders without express consent from each province's liquor board.

"It's not right that someone from the United States has an easier time shipping wine home," says Okanagan-Coquihalla MP Dan Albas, who has spearheaded a private members' bill to amend the 83-year-old law. Albas says the legislation hurts his constituents' family-run wineries and the region's tourism industry.

"I don't think they normally bother people like you and me," Campbell says of the limits on cross-provincial imbibing. Liquor boards in Alberta and Ontario have both issued statements that give allowance for personal use. "But it certainly doesn't encourage inter-provincial trade."

Albas' Bill C-311 has passed through two readings, and will undergo committee scrutiny sometime in the new year.

If all goes according to plan, consumers will even be allowed to -- gasp -- purchase B.C. wine online within Canada. Craft breweries, of course, would still be inhibited by the outdated rule. (That might take another half century to fix).

They can choose your cheeses, but under current laws, catering companies are unable to stock or distribute the wine to match. Party planners across the province are calling for change.

"Right now caterers are not eligible for licence," says Ayers. "The government is considering that request along with other requests."

The law caused a stir earlier this month, when a California-based company planned a retreat at one of Whistler's Olympic legacy venues. (Pique, Dec. 8, 2011)

With a week of Olympic-themed activities planned, the uninitiated ex-pats got a taste of B.C.'s liquor laws. It was dry. Very dry.

It had to be. If the group wanted a special occasion liquor licence, the foreign company would have had to apply in advance, transport the booze and take on responsibility for the liquor service. It's a job usually reserved for event planners.

Organizer Joanne Burns Millar, president of the catering business Pacific Destination Services, (said) the incident was embarrassing. "It's crippling our business. It is absolutely crippling our ability to deliver to international corporate conference and incentive groups."

But until the provincial government comes up with a new class of liquor licences for caterers, B.C.'s cheese stands alone.

They're allowed in Washington and Alberta, but you won't find a half-priced afternoon drink in B.C.

Government price-fixing affects restaurant bottle sales, pushing competitive advantage south of the border. As one Vancouver Magazine guide points out, to get the best restaurant price on a B.C. wine, you have to travel to Berkeley, California.

Taking a look at the labyrinth of legalese known as the Liquor Control and Licensing Act, it's no wonder many local businesses hire consultants to navigate provincial restrictions. And unfortunately for Vancouver's cultural entrepreneurs, change is neither fast nor easy.

"We've almost gone out of business just getting this to happen," says Lea. "If they don't hurry up and do something, there's not going to be a business to give a liquor licence to."

It's like waiting for happy hour, when happy hour never comes.