Vast majority of BC Chamber members believe sector will only grow in importance to B.C. economy
Nov 23, 2016 5:00 PM By: Braden Dupuis 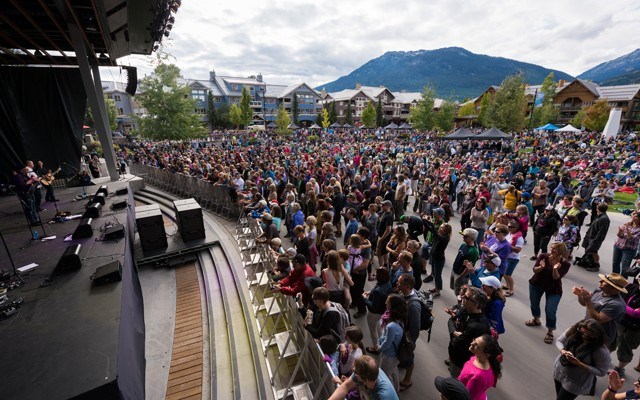 Boom time A vast majority of BC Chamber members recently surveyed believe the tourism sector will become more important to the provincial economy over the next five to 10 years. PHOTO by Mike Crane / Tourism whistler

A vast majority of businesses in British Columbia believe the tourism sector will become more important to the provincial economy over the next five to 10 years, according to a survey conducted by the BC Chamber of Commerce.

In the survey, 88 per cent of respondents said they recognized tourism's growing importance.

"So many communities now are understanding that economic diversification means more than just having two industries. It means you have to have probably a dozen," said BC Chamber president and CEO Val Litwin, formerly head of the Whistler Chamber of Commerce.

"I think tourism just represents that diversified economic opportunity, where you can capitalize on natural assets in a region or a local community — you build up your product around the experience, that is — and it's one of the ways you can create a little more resiliency in that local economy."

The responses show Whistler is in the "sweet spot" for growth over the next decade, Litwin said.

"We've got a global market that is just showing increased demand for unique outdoor experiences, and I think we have just world-class product up in Whistler," he said.

Whistler Chamber of Commerce board chair and acting CEO Grant Cousar said the results are a direct reflection of the role tourism — and by extension Whistler — plays on the provincial stage.

"To me, it's a very telling tale of where people's perspectives are and where tourism is as a growth industry in the province," he said. "For Whistler, I think we already knew that. But it's a nice acknowledgement from our colleagues across the province to have the same outlook."

Considering Whistler's own growth, Cousar is hopeful the BC Chamber will continue to be a vocal proponent for the issues that matter most to the resort's business community, such as relaxing restrictions on the Temporary Foreign Worker Program and easing the strain of the current housing and labour shortages.

The BC Chamber's Collective Perspective survey, as it's called, revealed a strong confidence in the business community both now and in the future.

According to the survey, 92 per cent of businesses believe they are in good or acceptable shape, while four out of five respondents said they expected their business to grow over the next five years.

"So in the next three to five years, they see opportunity, they see growth, and this is good news for the economy, and probably not a total surprise... we've been leading economic growth in Canada and we're projected to do so at least for next year," Litwin said.

"It's important to note, because if you're looking for a window of opportunity to get a project off the ground, if you're exploring opportunities here in B.C., you've got a climate where people are ready to do business."

Another insight gleaned from the survey is the importance of inter-provincial and international trade to small businesses, "which is interesting because I think if you were just paying attention to mainstream media, you would say people are revolting against this globalization movement, but in fact, like all stories, there's two sides to it," Litwin said.

"And what we're seeing in B.C. is that we are in fact this gateway to the Asia Pacific. There are opportunities, and it can mean more jobs, it can mean greater revenue for businesses that are creative, that know how to tap into those markets."

But the question of trade is shrouded in uncertainty, as U.S. president-elect Donald Trump prepares to take office.

"I think a lot of people are in watch-and-see mode, but I think every perceived challenge is also an opportunity, and if we think that certain avenues of trade, for example to the U.S., are going to be blocked off... it could also be a window of opportunity for us to create agreements with countries we haven't perhaps been focusing on," Litwin said.

Danny Tuff, the award-winning Newfoundland entrepreneur who recently took over as CEO of the Whistler Chamber of Commerce, has gone on medical leave.

Cousar confirmed the news this week, and said there is no timetable for Tuff's return.

The co-founder of energy efficiency technology company Blue Line Innovations, Tuff was named as the new chamber head in September.

For now, Cousar will fill in as acting CEO.

"We're looking for a longer-term solution and hoping to be able to (share) some news on that in the near future," he noted.

"It definitely leaves the entire team having to perform at its best," he said. "The board has definitely jumped up and stepped into several meetings and appointments in what would normally be the CEO's direct role."

Tuff's departure comes at a time of transition for the chamber, as seven candidates vie for four vacant spots on the 2017 board of directors. Successful candidates will serve out a three-year term, beginning Jan. 1. Online voting closes Nov. 29.

Although accountant and current vice-chair Theresa Walterhouse has already been tapped to take over as board chair, Cousar said he would continue to play a "very active" role with the chamber in the New Year.