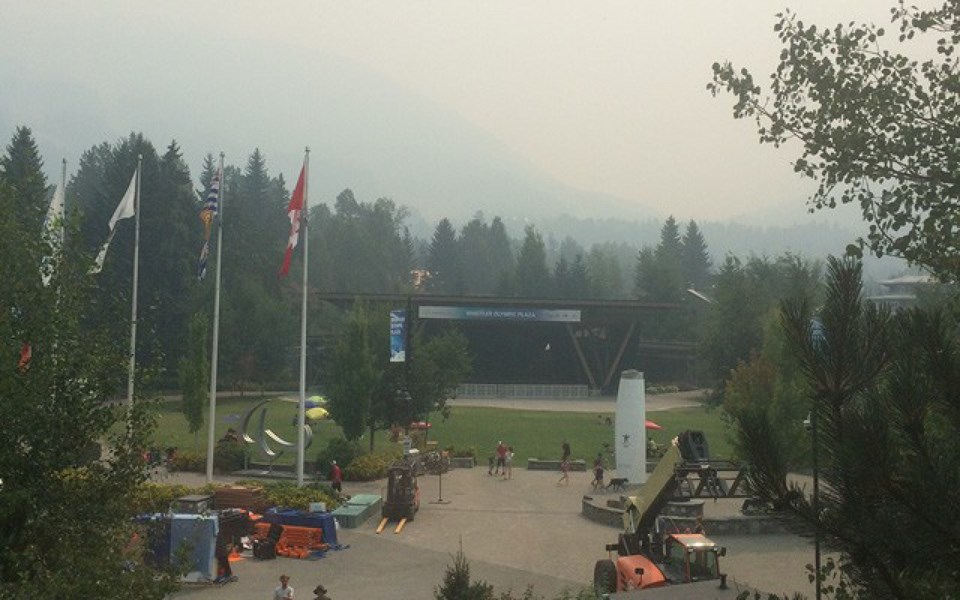 While this summer's extensive wildfires may not have affected Whistler's tourism industry in a direct way, experts say they highlight the need for the area to communicate its conditions in real time.

"Our job is really to ensure that we are as accurate as possible—to ensure we get the correct information out there," explained Barrett Fisher, president and CEO of Tourism Whistler.

Responding to the second-worst wildfire season in provincial history, the province declared a province-wide state of emergency on Aug. 15 that lasted for over three weeks.

According to Fisher, such an action can certainly "raise a flag of concern" among the travelling public.

That said, Fisher added that Whistler's hot tourism market does not appear to have been negatively affected.

"Our actual bookings in August—for the month, (made) in the month—were actually up 19 per cent," she said.

That estimation squares with Saad Hassan, president of the Hotel Association of Whistler.

While 2018 numbers were good, he said, wildfire issues did have an impact on vacancy rates in the summer of 2017, though not a large one.

The impact came in part from the fires in the Cache Creek area in 2017, which affected people's ability to travel north along Highway 99.

"This year the traffic was moving, so anyone doing a circle tour or going on to the north were not affected as much," said Hassan.

It's important for operators to communicate the reality of the conditions in Whistler, or else the public may assume that conditions are worse than they are.

"There's a lot of assumptions that get made, and those lead to people making choices and decisions that are probably not accurate," he said.

According to Walt Judas, COO of the Tourism Industry Association of BC, the impact of this year's wildfires was more widespread than last year's.

Across the province, regional tourism organizations are working closely with emergency operations teams to communicate the threat of wildfire.

"We now have now a structure in place, where the communication within the industry is getting stronger," said Judas.

Speaking on a provincial level, Jeremy Stone—a consultant and academic who works on issues concerning economic resilience to natural disaster—said that there is a risk of brand damage when you have significant natural disasters over multiple years.

Regions that are most affected should look to promote shoulder and off-seasons in the same manner that Whistler successfully has, said Stone.

Moreover, he added, the issue underlines the need for municipalities and regions to invest in economic resilience planning.

"Most disaster planning is just around emergency planning," he said. "There's not a lot of planning on what happens in times of economic disruption."