Be water-wise this summer 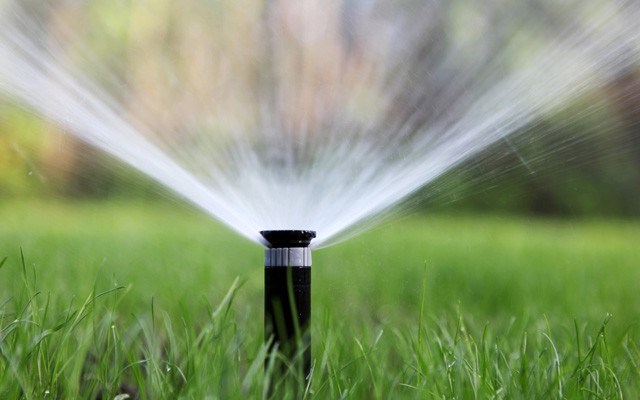 WATER WISE The Resort Municipality of Whistler is reminding residents to be water wise as the weather heats up. Problem sprinklers can be reported to savewater@whistler.ca . www.shutterstock.com

With summer heating up the Resort Municipality of Whistler (RMOW) is reminding residents to be water-wise in the coming weeks.

Details can be found at www.whistler.ca/sprinkling.

The RMOW is also looking for help identifying wasteful sprinkler locations in the community. They can be reported to savewater@whistler.ca.

As the resort's water use continues to exceed sustainability targets, RMOW staff is working to update the local water-use bylaw to take a proactive approach to conservation and simplify sprinkler regulations.

The bylaw will be presented this fall.

The current Level 1 restriction could change to a Level 2 if the hot, dry weather continues.

Head to www.whistler.ca/savewater for more tips.

Whistler will once again get to ride the bus for free on weekends and holiday Mondays this summer, all part of the resort's sweeping 2017 Transportation Action Plan.

The free service, which begins Canada Day, will run every Saturday from 5 a.m. until the last bus on Sunday, or the holiday Mondays of July 3, Aug. 7 and Sept. 4.

Between 7 a.m. and 8 p.m. every weekend, Whistler Transit will also ramp up service to approximately every 15 minutes between Cheakamus and Emerald on routes 1 Valley Connector and 2 Whistler Creek/Cheakamus.

The Lost Lake shuttle, also free, will return this summer as well. Connecting the village to the popular recreation spot, the complimentary service runs from June 24 to Labour Day Monday.

A partnership between BC Transit, Whistler Blackcomb and the RMOW, the initiative follows the success of the free Saturday service launched last August, according to the municipality.

The move is one element of the municipal Transportation Advisory Group's (TAG) overarching transportation plan, gathered following months of community input. The group has recommended a host of changes for 2017, one of the most controversial being the proposal to implement pay parking in Lots 4 and 5 during peak seasons.

The TAG has recommended a discounted rate of $5 daily and $30 monthly for residents and employees in the lots from July 1 to Sept. 4, and Dec. 15 to April 15.

The move has been met with vocal opposition locally, with some residents concerned about the impact the costs will have on affordability. A petition to keep the lots free has so far garnered hundreds of signatures.

Part of the impetus for pay parking and free transit service is to get people out of their cars in a community where nearly 60 per cent of all emissions come from passenger vehicles.

Mayor Nancy Wilhelm-Morden, who swept into office in 2011 when pay parking was a hot-button issue in the resort, has said she would support expanding pay parking as long as the revenues are put towards transit.

"What the previous council did (was) institute pay parking in order to raise revenues to dump into the general reserve fund, and I quite firmly believed that that was wrong," she told Pique last month. "But, going back to the late '90s, the thinking was that if there was going to be paid parking, that those revenues had to be used for transit and transit improvement."

In a recent RMOW community transportation survey, 61 per cent of respondents said they would support using parking revenue to fund expanded transit service.