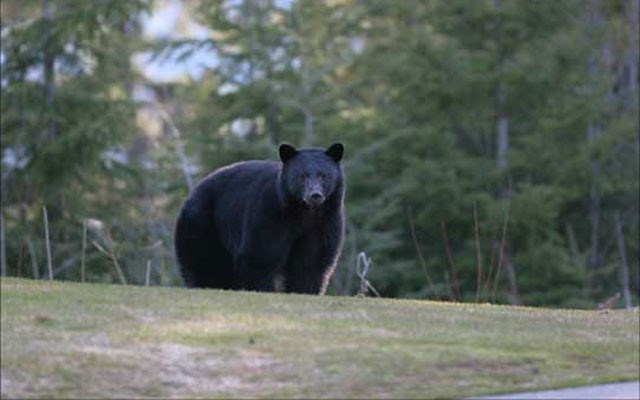 The co-chair of the Whistler Bear Working Group (WBWG) is calling for better communication between some of the organization's stakeholders following the RCMP's shooting of a bear that entered an occupied residence late last month.

"Communications between the stakeholders of the Bear Working Group, specifically the COS and the RCMP and the rest of us, has been either lacking, delayed or we receive insufficient information," said Sylvia Dolson, who is also executive director of the Get Bear Smart Society.

"In many cases we're not able to educate people because we don't know the details."

Dolson said she wants direct communication with the RCMP or conservation officers receiving wildlife calls, "otherwise we're completely out of the loop." She also noted that the RCMP has not attended any of the WBWG stakeholder meetings in 2013.

Tim Schumacher, of the Conservation Officer Service (COS), said he is "quite content" with the level of engagement between the group's stakeholders, and said there were only two instances this year, when he was on holidays, that Dolson did not receive the regular weekly bear update.

The COS also has a responsibility to notify Get Bear Smart within 24 hours of the destruction of a bear, a requirement that was fulfilled in this case.

As to Dolson's claim that communication between her and the COS was better in years past, he said. "I wasn't here two years ago so I wouldn't be able to tell you what the communications used to be."

Dolson said there would be a meeting in January among WBWG members to "hash this out and make some improvements."

She had particular concerns with the destruction of a bear by RCMP on Nov. 29, although she admitted it's difficult to assess the circumstances around the incident without having been on the scene. Dolson attributed this lack of information in part to the breakdown in communication lines between the stakeholders of the WBWG — particularly between the RCMP, COS and the Get Bear Smart Society. The other stakeholders of the group are the municipality and Carney's Waste Systems.

The incident in question involves a bear that was shot with a 12-gauge shotgun in the early morning hours by RCMP after it entered an occupied residence on Lake Placid Road. After suffering what police believe was a fatal wound, the animal escaped. The bear has not yet been located and is now presumed dead.

Dolson believes the shooting could have been avoided.

"The bear had already left the house so there was no immediate risk to human safety. There was an opportunity to deter the bear from the yard... A live trap could have been set the next day, the bear could have been captured and then a decision could have been made based on more facts," she said. "The bear would have either bled out or frozen to death... neither of which is a pleasant way to die."

But LeClair said the incident was in line with the RCMP's training and that the member responsible for the shooting is experienced in dealing with wildlife.

"A bear that's broken into a home is going to be destroyed and the quickest way to do that is to shoot that bear," he said. "It would be impractical to set a trap."

Schumacher reiterated LeClair's comments, saying the shooting was in accordance with the COS procedures.

"If I were to arrive and the bear was there, I would have acted in the same way the RCMP did," he said.

Schumacher also said conservation officers are trained how to discharge firearms in low-light conditions, ensuring that there is always a safe backdrop for the bullet to enter, like the ground or a tree, in the event a shot misses. In instances such as this, he added, a trap would only have been set if the bear was no longer on the scene once officers had attended.