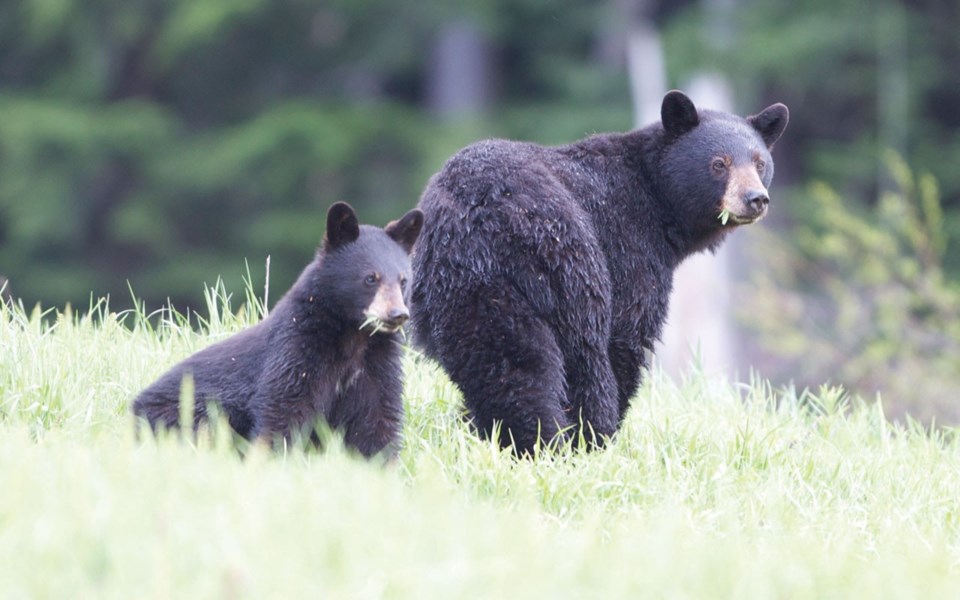 Whistler's bear population might be cozy in its winter dens right now, but that doesn't mean the community's interest in its well-being has cooled down.

Thankfully for the crowd that showed up to the Maury Young Arts Centre on Thursday, Jan. 31, neither has local bear expert Michael Allen's.

As Allen explained during his annual bear update—complete with statistics, captivating video clips and interesting facts about the local bear population he has been studying for the last quarter-century—he tracked a total of 63 adult black bears and 11 grizzly bears in 2018, using a network of remote, motion-activated cameras.

Thirty-five of those black bears were located in Whistler, while 23 roamed the upper Squamish region encompassing the Squamish and Elaho rivers, and five remained near the Cheekye River.

"(The) 35 adults in Whistler, that's the lowest it's been, and that continues to drop a little bit each year," Allen, a professional bear-viewing guide, explained. "About 10 years ago, that (number) was almost 80 adults, but that was way too many bears in Whistler."

Last year, there were 37 black bears in Whistler.

So why is it better to have fewer bears in Whistler? "Just because Whistler can't manage people or attractants, the kind of area it is with a big bear population," he continued. "So it's much easier on the bears, if that number even comes down a little bit more. It's just kind of sad to see all the bears that got wasted away because of that."

Many of those bears have been lost due to Whistler's "huge history of really high-conflict mortality," Allen said. According to the expert, over 250 bears have been killed in the resort town in 25 years.

"That's not a great statistic Whistler probably likes to hear, but (Whistler) is one of the hot spots for a lot of conflict activity in British Columbia between black bears and people. It has gotten better—much, much better—but a lot of bears have paid the price for that."

In 2018, there were 13 reproducing females in the Whistler Blackcomb ski area.

"There used to be 18, about five years ago. In all the places I've travelled in British Columbia ... I've never seen that high a density of mother bears, ever," Allen said explaining that, "It's because of the over 200 ski slopes with grass, clover, sedge and dandelions on them."

Six of the 13 mother bears produced a total of 12 cubs last year, while four cubs were lost due to natural causes. In addition, one small cub was transported to the Critter Care Wildlife Society in Langley last summer after its mother was electrocuted and killed on Whistler Mountain while climbing a power pole. In October, a second sow, known as Echo, died after falling from a tree while being tranquilized by a conservation officer. Her three cubs were released to the wild.

As Allen explained, bears in Whistler tend to be more tolerant of humans. Comparatively, the bears he studies in the Squamish area, on the left side of Highway 99, have access to wilder food sources, like elk and salmon, and tend to be more wary of people—"the way they kind of should be," said Allen.

While his yearly update may have been focused on 2018, last year's bear season unusually stretched into January thanks to poor returns of chum and coho salmon. Allen's last listed date of activity for six grizzly bears and one black bear in the upper Squamish area range from Dec. 15, 2018 to Jan. 20, 2019. "This is really unusual," Allen said, adding that bears typically head to den in mid-December.

Oftentimes, Allen's cameras also pick up other wildlife, including a curious cougar investigating the camera after feeding on a blacktail deer carcass. Another cougar was captured sitting patiently while a spotted skunk roams around scavenging—"nature forming an understanding," noted Allen with a laugh.