Bear that attempted to access Whistler home relocated out of resort 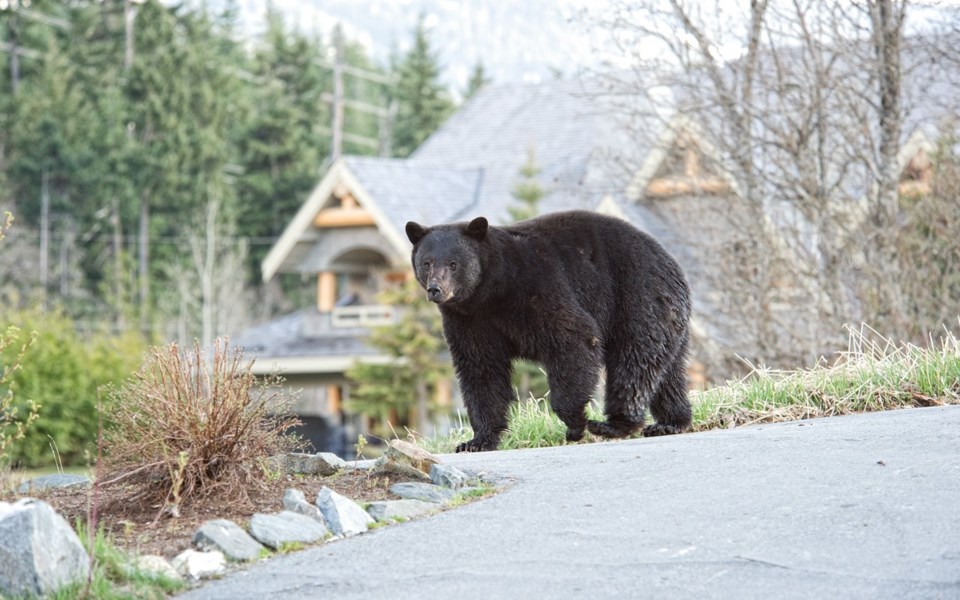 A male black bear, not pictured, was relocated out of Whistler this week after it had reportedly been seen pawing at the window of a residence in Alpine. Photo by Sylvia Dolson

A bear has been relocated out of Whistler after it had reportedly tried to gain access to a local residence this week, confirmed the Conservation Officer Service (COS).

Conservation officer Tim Schumacher said the COS received a report of a bear that was seen pawing at the window of a home in Alpine on Monday, Nov. 26. Officers attended the scene, tranquilized the adult bear, and relocated it out of the community.

Schumacher also noted that the male bear had no known history of conflict and was not-ear-tagged. There were also similar reports recently of a bear pawing at a window in Whistler Cay, and Schumacher said officials “are unsure if it’s the same bear or not, but it very well could be given the close proximity.”

In October, a sow bear died in a fall after it had been tranquilized by a conservation officer and climbed a tree in Creekside. The bear and her three cubs had reportedly eaten berries from a mountain ash tree in the residential neighbourhood. The cubs were not relocated, stoking fears that they may not survive the winter on their own.

The incident prompted outrage from the community, as well as a formal complaint lodged by the wildlife advocacy group, the Fur-Bearers, which was critical of the COS for not having a capture net on-hand that could have broken the bear’s fall and for tranquilizing a bear that didn’t appear to pose a threat the public, feeding on a natural food source. Ministry of Environment spokesperson David Karn said in an emailed statement after the incident that the decision to tranquilize the bear “was made in the interest of public safety and mitigating food conditioning and habituation” of the bears.

At the time, Sgt. Simon Gravel said the local COS was in the process of acquiring a capture net that would be ready for use by next bear season.

The COS is mandated to respond to the Fur-Bearers’ formal complaint, but Schumacher said he was unsure if the government agency had replied to the complaint.

After an unseasonably warm October, Schumacher said “there are still bears out and about” that have not gone to den. “If they’re getting food sources, then they wont’ go to den, so we urge people to make sure that no bears are getting any food.”

He also encouraged the community to report bear sightings early to its RAPP line, by calling 1-877-952-7277.

“We want people to call early so we can intervene and use non-lethal tactics so bears don’t end up in people’s homes,” he said. “That’s why we want to try and change that behaviour. The earlier we can do that in a bear’s process in terms of him seeking out food, the more likely that they will live a long, happy life.”

For more on this story, pick up next Thursday’s print edition of Pique.