On the 75th anniversary of D-Day, Whistler remembers Sonya d'Artois, the 20-year-old who parachuted into German-occupied France just days before the invasion
Jun 6, 2019 11:50 AM By: Pique Staff 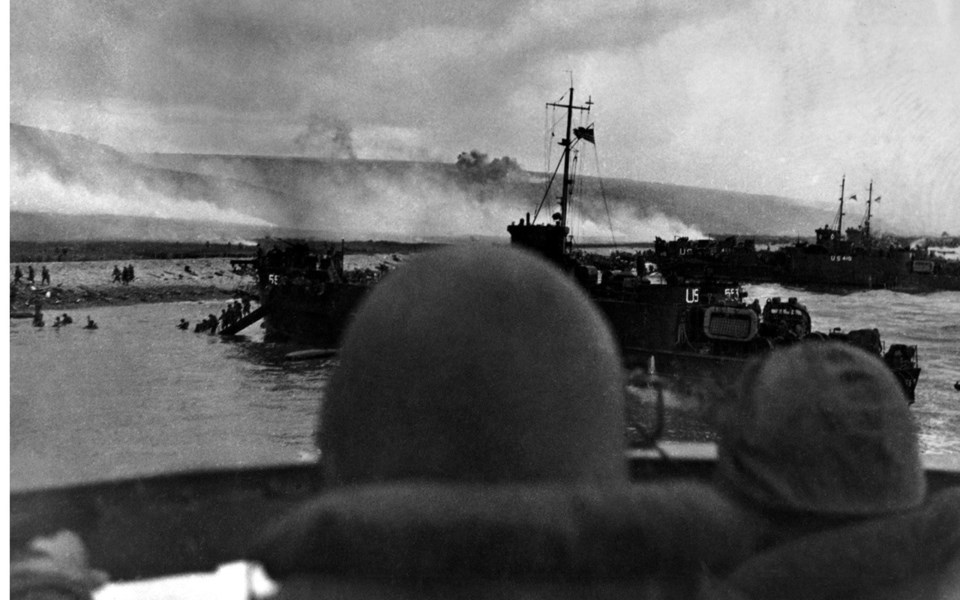 Today is the 75th anniversary of the D-Day invasion, where thousands of Canadian soldiers stormed the shores of Normandy during World War II.

But nine days prior, one 20-year-old British secret agent parachuted into German-occupied France to help the Allied troops accomplish their mission. That secret agent was Sonya d'Artois—then Sonya Butt—who would later go on to become a Canadian, and whose children and grandchildren would go on to call Whistler home.

Most little girls are raised on the whimsy of princesses and knights in shining armour, but in the d'Artois Whistler household we have a heroine of our own — a feather-like blonde, with the skills to mix a ground-shattering explosive. Sonya d'Artois (née Sonya Butt) was Britain's youngest SOE agent, the last living female undercover agent from the Second World War, and our adored Grannie.

This femme fatale's story is one that trumps any Bond girl, or the workings of a Disney damsel.

Sonya, known to most as Tony, set out at the age of 16 seeking safety from the Germans charming her way through the borders between France and Britain, sans identification. She was away at school at the time in France and usually travelled on her mother's papers.

Fearless, and with a mind that could unnerve any man, she soon found herself in an interview to become an undercover agent. Like any good adventurer, the thrill of what lay ahead, and the need to fight for what she believed, ignited a strength that has since inspired books and films alike.

Ever so humble and coy, Sonya spent most of her life shying away from any interviews, leaving those wartime days as a trail of mysteries behind her. From parachuting into France in a skirt, to escaping the Gestapo, and an infamous forgotten and swiftly recovered handbag containing a Colt 32 — the undercover Sonya (code name Blanche) hardly wavered in her composure.

Her story is not complete, however, without mentioning her male counterpart, who she matched with intrepid force. Guy d'Artois, a Canadian who worked alongside her in training, fell for the girl who could master an explosive while still finding time to offer a flirtatious wink.

The two were soon married and eventually returned to Canada where they bred an army of six children, a task she lead just as gracefully as her undercover missions.

As Sonya once put it, "I went from mixing explosives to mixing baby formula."

This romance was one for the ages, and endures in the form of the Cartier wedding band that she bought Guy in Paris and wears still.