Best of Whistler 2014: Shops and Wares 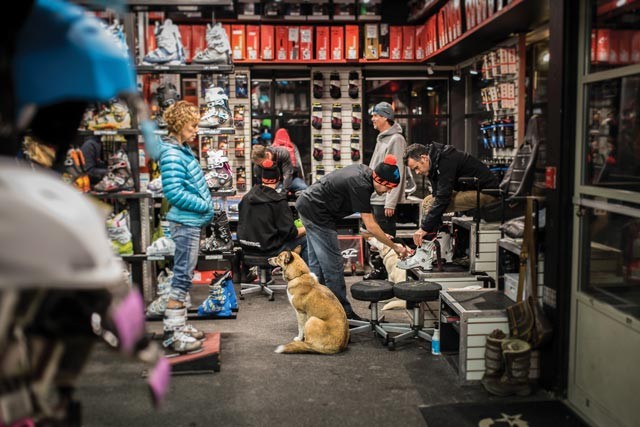 Being voted best ski shop in a town full of ski fanatics is nothing to sneeze at; getting the honour two years in a row is even better.

According to Kevan Kobayashi, co-owner of Fanatyk Co., it comes down to a love of the craft.

"All of us are pretty passionate about both biking and skiing, which I think really shows," Kobayashi said, adding that Fanatyk Co. has also been able to retain a lot of its staff over the years, with the average staff member being with the shop for over seven years.

"You can't help but gain a reputation of being ski and bike experts when you have staff that have been around that long and love what they do," Kobayashi said.

"Every staff member here is fantastic, and they get all the credit." 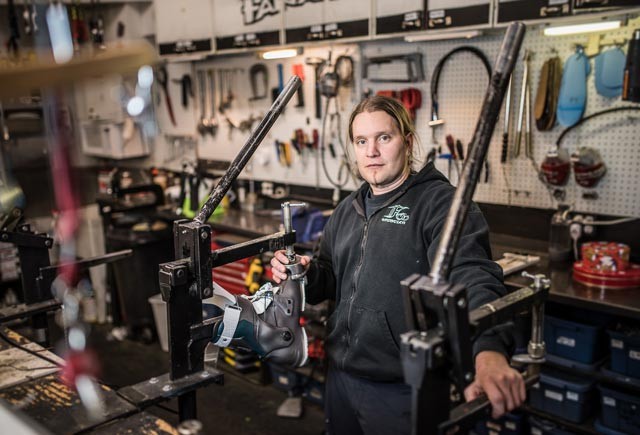 For the second year in a row, Adrian McGee of Fanatyk Co. has been voted Whistler's best boot fitter and bike tech.

So what's his secret?

"I'm not sure. Years of training and experience, I guess."

McGee has no shortage of experience, having been with Fanatyk Co. since 2007.

"When you've been doing it for a long time and you're consistent like that, you end up having a lot of people who, I guess, know you by reputation and are quick to sing your praises." 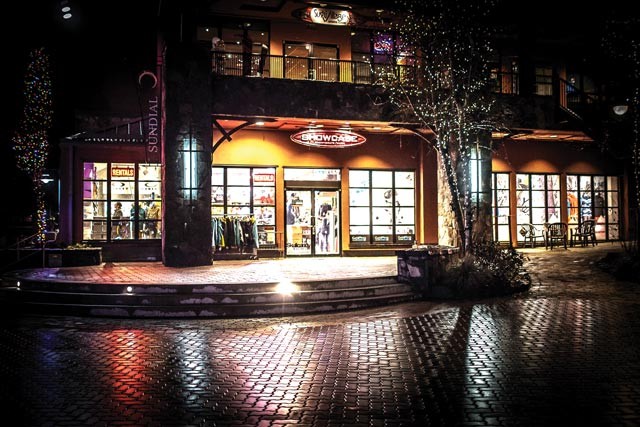 After falling to second in last year's Best of Whistler, Showcase Snowboard Surf and Skate Shop returned to the top spot in 2014.

"It feels amazing to be back on top after a year off, especially considering it's our 25th anniversary."

Gail said there are a number of things that have helped Showcase pull in the votes of Pique readers.

"What puts Showcase on top is our dedicated team of snowboarders, our location is pretty amazing, and we're always evolving, you know?" she said.

"We're always updating the store, we're always trying to keep it interesting and fun, and we try new brands and just always try to have the best product for our customer and our guests."

Evolution Snowboards came second in the category, with Prior Snowboards taking third.

Best Shop For Clothing: The Beach

Even in the heart of a mountain resort village, people need their swimwear.

"People are really happy to have found that they can get a pretty good looking swimsuit up here in the middle of the mountains," said Beach owner Peter Elzinga.

For the second year in a row, The Beach has been voted Best Shop for Clothing by Pique readers.

But it's more than just convenient swimwear that has led to the success of The Beach.

"I think it's a number of things," Elzinga said.

"Our buyer Jamie really picks out some fabulous things to put in the store. Our staff is great, they're happy and they want to be here, so the atmosphere in the store is good."

Being recognized by Pique's readers is validating for Elzinga and his staff, he said.

"It means that the effort that we put into it really is appreciated, and we appreciate the fact that people are noticing."

The Circle took second while Evolution came in third.

You never know what you might find when you walk through the doors of the Re-use-it Centre.

"We had a guy who came in and donated a kite surfing sail, but it had never been used. It still had the price tags on it... this was like $4,000 worth of stuff."

That sense of wonder is probably what makes the Re-use-it Centre a consistent winner of the Best Place for Deals award.

"We've got a lot of regular customers that we see every day, and then we've got all the new kids that come in every year, so it's great to see them," Rehel said.

"It's a nice fresh vibe that we get in this time of year, because they're all excited."

And with proceeds from the Centre going directly back to Whistler Community Services, you can feel good about the money you're dropping on that kite surfing sail. 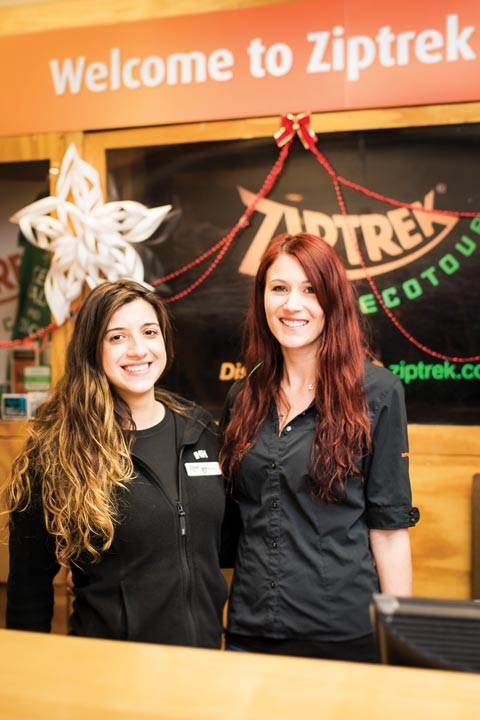 According to Ziptrek owner Charles Steele, it's a combination of history, innovation and location that makes Ziptrek the best adventure tour in town.

"We pioneered and patented all of the safety systems, and then we have the best location in the world, zipping between Whistler and Blackcomb."

"We also won best customer service for a large business at the Chamber awards this year as well, so it's great to see some more recognition due to the hard work that I know all the frontline staff do on a daily basis," said Ziptrek operations manager Brent Macdonald.

Best Store For Browsing And Exploring: Rocks and Gems 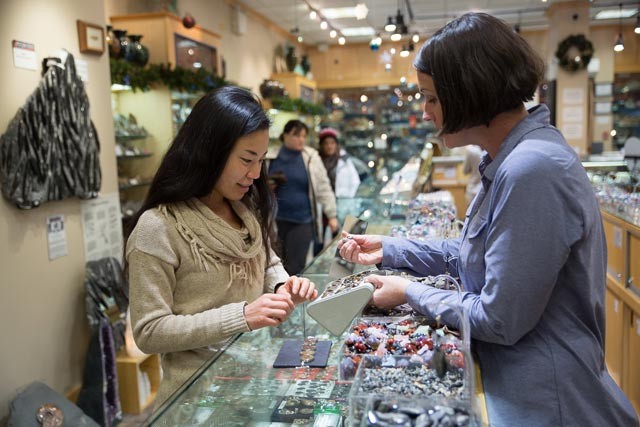 A unique, vast selection of odds and ends from all over the world can be found at Rocks and Gems, making it ideal for shoppers just looking to browse.

"We carry Canadian items as well as items from around the world."

That kind of international selection is great for tourists when they're able to find a piece of home.

"That creates a great experience for them, finding something from where they're from, all the way in Whistler."

The staff at Rocks and Gems is also happy to help clientele make the best of their stay.

"We usually know a bit about Whistler, how to help them shop elsewhere, restaurants to go to... just helping them with other ideas if it's a rainy day and they're not skiing," McColeman said.

The Re-use-it Centre came second in the category while Showcase finished third. 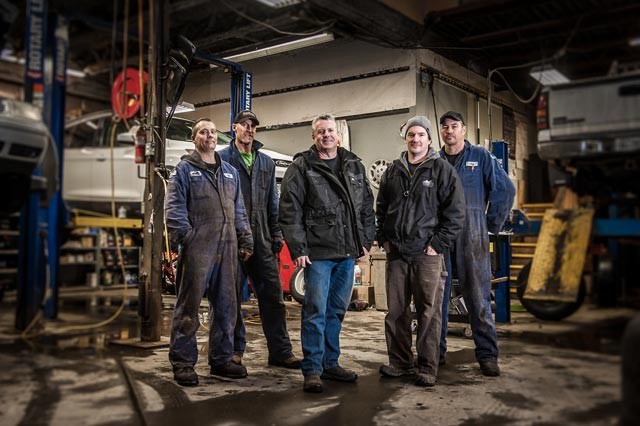 "Is this a crank call?" laughed Scott McKay, owner of Barney's Automotive, when told his shop had been voted best in Whistler.

After more than three decades of operation, Barney's has taken the top spot in Pique's reader's poll.

McKay said it's a matter of fair, honest and fast service.

"And I appreciate all the service over the years."

After just two-and-a-half years in the Whistler real estate game, Dana Friesen Smith has taken the honours of Best Realtor in town.

"This is exactly what I was aiming for and what I've always wanted, but I didn't expect it to happen so quickly," Friesen Smith said.

"I think this is a good sign that people are pretty stoked with what I'm doing, and they're happy with the service that I'm giving."

But what does it take to stand out in such a crowded market?

"I think people are over the cheesy salesman, and what they want now is honesty and service and people to go the extra mile," Friesen Smith said.

"I think people just want to know that they can be taken care of and that they can trust you, that they're not just being sold something, but they're actually getting their best interest taken into consideration."

After taking home the inaugural award for Best Law Firm last year, Race and Company has once again been voted the best in Whistler in 2014.

"We're honoured to have won this award again," said lawyer Sholto Shaw, on behalf of the firm.

"Our team of 11 experienced lawyers strives to represent each of our clients with the highest level of skill and integrity."

Shaw was voted Best Lawyer for six years running before the category was changed to Best Law Firm last year.

Race and Company specializes in business, personal and family law, and is well regarded for work in injury claims of all kinds.

In a town with more than a few accommodation options, the Fairmont Chateau Whistler reigns supreme in 2014.

With its ski-in/ski-out location at the base of Blackcomb Mountain and full resort amenities, the Fairmont is a favourite of families, wedding parties, meetings and conferences alike.

In the three years that Best Jewelry Store has been a category, Ruby Tuesday has won every year.

How does the store stay so consistent?

"I don't want to toot my own horn, but the jewelry selection is fantastic," laughed owner Adrienne Deeks.

In all seriousness, Deeks said it's hard for her to say what it is that makes Ruby Tuesday the best — it's a question better suited for the customers who vote for it.

"As somebody that just puts it together, you don't really know," Deeks said.

"I do know that my staff are fantastic and I get compliments on them all the time."

At its prime location in the heart of the village stroll, Ruby Tuesday offers designer earrings, necklaces, rings and accessories for any occasion. The store also sells a variety of stylish handbags, belts and hair accessories.

Keir Fine Jewelry, specializing in Canadian diamonds and unique ammonite fossil pieces, came second, while Rocks and Gems, specializing in products made of stone, such as crystals and mineral specimens, came third.

Karen Garrett at Sea to Sky Mortgages returns to the top spot in the Best Mortgage Broker category, after falling to second place in last year's reader's poll.

Whistler's TD Bank is once again on top of the financial heap, taking home honours for Best Financial Institution for the fourth year in a row.