Bike thefts in Whistler down 57% this year, police say 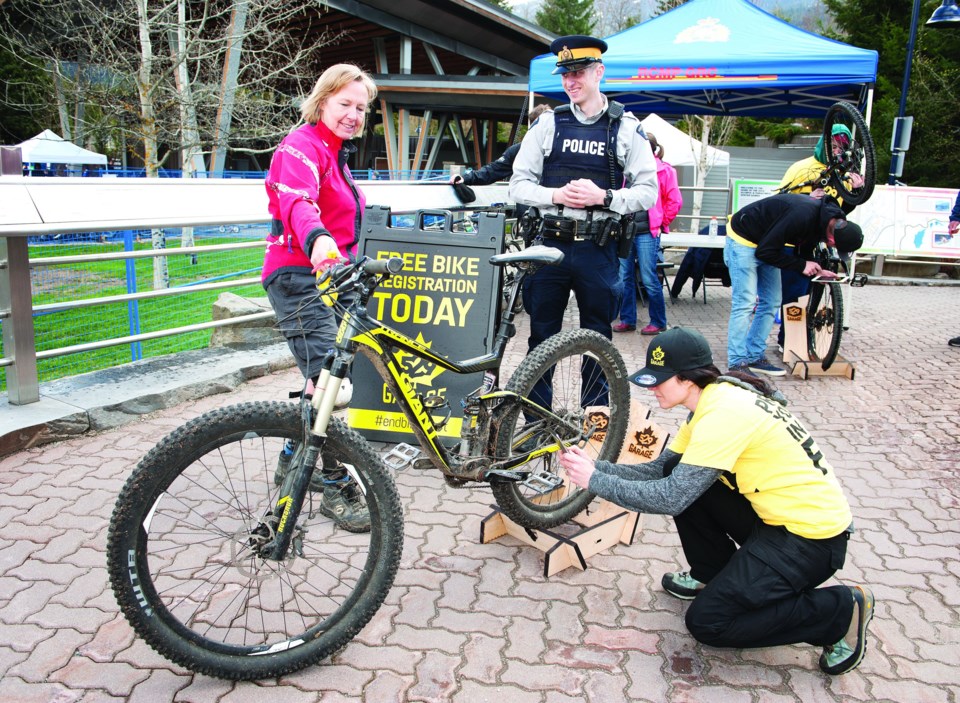 BAIT AND SWITCH Whistler RCMP has been working with bike recovery service Garage 529 since last year, registering hundreds of bikes to the database. File photo by David Buzzard / www.media-centre.ca

Whistler has seen a 57-per-cent drop in bike theft reports so far this year, according to statistics from the Whistler RCMP.

“That’s an incredible amount of loss not only to the community, but to individuals,” said Staff Sgt. Paul Hayes.

Police have taken a multi-pronged approach towards bike theft in the community. In 2017, Whistler RCMP began working with Garage 529, a bike registration and recovery service launched by former Microsoft executive and avid mountain biker J Allard (born James). The app asks users to register their bike’s serial number and upload photos of their bike, and it also alerts other users in the area when a bike is stolen.

Hayes said police and volunteers have helped register “hundreds of bikes” to the app, including a strong takeup at this month’s Granfondo cycling race.

Whistler RCMP also credited its bait-bike program with helping to reduce theft and identify repeat offenders. Partnering with local businesses, police strategically place a rotating fleet of bait bikes around the resort, which are monitored live through police dispatch 24 hours a day. When a bait bike is stolen, police are able to pinpoint its exact location at a given time.

Using that data, investigators analyzed the thefts and “discovered that the vast majority of high-value thefts” could be attributed to suspects travelling from the Lower Mainland to the resort to find and steal expensive bikes. As a result, police were able to arrest and advance charges on several suspects.

“The bait bike program allows us the ability to really focus in on some of the key thieves in the area. When they steal a bike like that and we end up catching them, it quite often will lead to other crimes that are committed,” Hayes explained.

In July, police arrested two suspects in a 12-hour span—less than a day after placing the year’s first bait bikes around the community. Hayes said another suspect was arrested this past weekend after attempting to steal a bait bike.

“We believe this person was involved in many other thefts that were happening over the course of 24 hours,” noted Hayes, who added that the RCMP is working with the municipality and several local businesses on a program to address bike theft in Whistler Village that is expected for launch in the spring.

“Even though we’ve seen the amazing change in statistics from two years ago to today, we are not giving up,” Hayes said.

Police are also still in possession of a dozen or more bikes that have been recovered recently and are looking to reunite the stolen bikes with their rightful owners. If you have had your bike stolen and have not reported it to the RCMP, police would like to hear from you by calling the detachment at 604-932-3044.