Bird sightings down at Christmas count 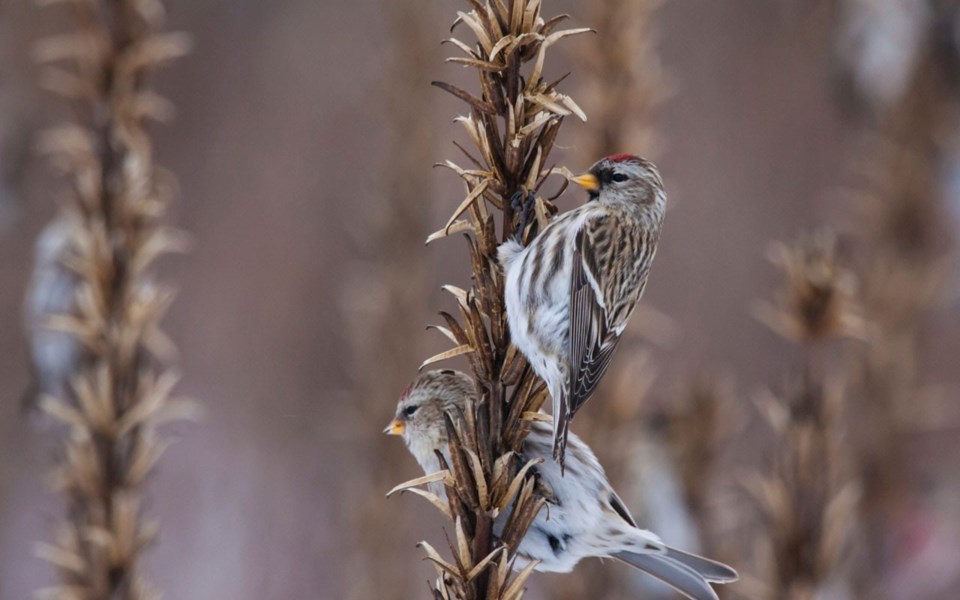 BIRD'S EYE VIEW The common redpoll was one of 34 species spotted during the Whistler Christmas bird count. A total of 65 redpolls were counted on Dec. 14. Photo by Anton MirMar/www.shutterstock.com

A cold winter led to some low sightings at this year's Christmas bird count for Whistler, with only 34 species and 773 birds recorded on Dec. 14.

"It was lousy," said Karl Ricker who has been coordinating the crew the count for 19 years. "The number of species were down, the number of birds were way down.

"I wouldn't call it a trend, I would say that it was a combination of a bad summer and a big snowstorm in November."

The early bout of cold weather forced many birds south, and the ones that remained often take up shelter in dense conifers. With all the snow taking away food sources, smaller birds will rely on bird feeders to sustain them. But there are few feeders in the area because they attract attention from the bear population.

"Feeders in Whistler are rare," said Heather Baines, a Whistler Naturalist who has been doing the Christmas bird count since 2000. "Elsewhere the counts around feeders are where most of the birds are seen. This hasn't been a big year for most winter finches, but there have been a lot of redpolls around. Winter finches depend on cone crop and the redpolls typically go for older cones. So it was a good year for those. But the weather hasn't been very good for a lot of the other counts."

Along with seeing 65 redpolls this year, other highlights included seeing a northern pintail, the first time one has ever been recorded during a Christmas bird count in Whistler. A type of duck, it's usually only spotted on open water, which there is little of at this time of year. However, one was spotted on Green Lake, as well as four swans.

An increase in waterfowl is one trend Ricker has noticed over these Christmas counts.

There has been a steady decrease in seagull sightings, as a result of the closure of the open landfill. Evening grosbeaks are also seeing their population decline, although Baines said many speculate the population is just returning to normal levels after a population boom brought on by an increase in spruce budworms.

Moving forward, the number the Whistler Naturalists would most like to see increase is that of participants.

For the Christmas bird count, volunteers have to cover an area 24 kilometres in diameter, and this year, they only had 11 people to help out. That meant some areas like Wedge Mountain, Cheakamus Lake and Rainbow Mountain got very little or no coverage in this year's count.

"You don't find a lot of younger people going out on the bird counts now, except in Squamish where people from Quest (University) are starting to come out because of the ecology program. But there's very few younger people coming into it," said Baines.

"The population who are doing all of these counts, they're aging, so they maybe don't want to do it because they're older, or they're not around anymore or they've moved somewhere else."

For comparison, Ricker said the community of Duncan had 60 to 70 people volunteer at their count.

For more information go to whistlernaturalists.ca.