Black bear killed after twice being relocated from the village 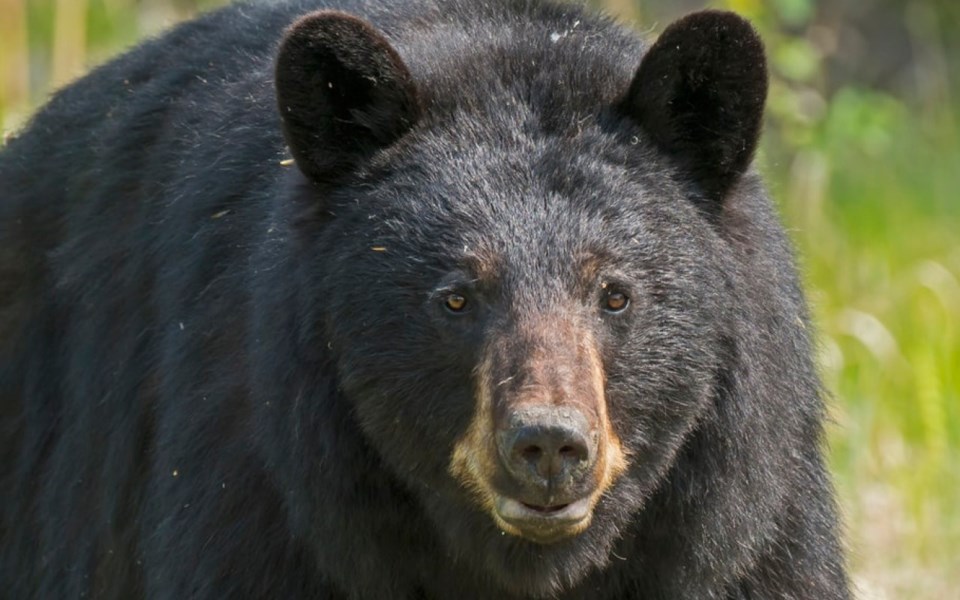 A black bear (not the same bear pictured above) was killed on Saturday, Nov. 9, after being hazed out of Whistler Village multiple times, according to the local Conservation Officer Service. UNSPLASH

A black bear that had been relocated twice previously from Whistler Village was killed by conservation officers last week, confirmed the Conservation Officer Service (COS).

The adult male black bear was killed on Saturday, Nov. 9 after it had accessed garbage in the village and displayed "rapidly escalating defensive behaviour, charging members of the public and responding officers," according to a municipal notice.

The issues with the bear stretched back to the summer, said COS Sgt. Simon Gravel.

"For multiple weeks, we had a persistent bear matching the same description, a brownish collar with an ear tag, that we had been hazing out of the village multiple times using different techniques—everything we had, pretty much," he noted.

The tagged bear had been relocated twice to separate locations only to have it return to the village shortly after. There were also multiple reports of the bear "charging people, following people, so obviously our level of concern raised," Gravel said.

Conservation officers "conducted attractant audits and utilized all available non-lethal hazing methods over a two-week period" before the bear was killed due to "serious concerns for public safety," according to the RMOW.

It was the second bear killed in Whistler due to conflict this year, after an elderly bear accessed a home in early October—an incident that was not reported by the COS until now.

While he couldn't confirm "100 per cent," Gravel said the COS suspects the bear killed was the same that had accessed garbage in front of a Main Street restaurant late last month.

"We had one bear at the time that was very persistent in the village, and we highly suspect it was the same bear," he explained.

Splitz Grill owner Peter Goff confirmed a bear did access garbage that was briefly left in front of the restaurant on Oct. 30.

"The crew were doing a garbage run and the process is they take all the bins from the restaurant, leave them at the front of the restaurant and then load them down to the garbage room," Goff explained. "Usually it's inside the door, we usually leave them there where we keep our cans at the front. This employee used their judgement to go outside, and in the process of collecting the garbage, which is a five, 10-minute job to run up all the bags and starting loading them down, the bear came down.

"It's really unfortunate circumstances, but everything we can possibly do now that this has happened, we're doing it and we're taking it seriously."

The restaurant's swift response has done little to dampen the backlash after a photo of garbage left in front of the restaurant was posted to social media.

"We've had people online threaten to burn the place down, threaten our employees," said Goff.

For more information on peacefully coexisting with bears, visit whistler.ca/bears.