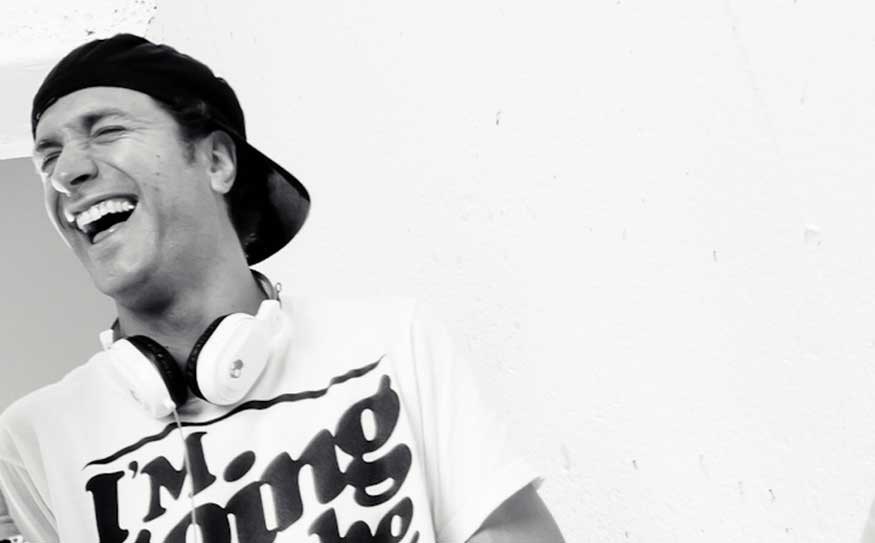 RCMP forensic teams confirmed on Wednesday morning that the body found in the woods near Whistler Secondary School on Mar. 10 was in fact Mike Grefner, a local DJ who had not been heard from since the early morning of Jan. 16.

The search for the well-liked 34 year old has been a global effort, with police tracking down tips from across the country. But Grefner, who worked under the name Vs Zero, was found less than a kilometre from his home in Rainbow.

Just down the highway, in the copse of trees between Whistler Secondary School and 19 Mile Creek, a couple of hikers came across human remains on Mar. 10 and contacted the RCMP. For the next two nights the RCMP blocked off the area while forensic teams from Vancouver went to work. The body was taken to Vancouver General Hospital for an autopsy and identification on Tuesday. Other than the fact that the body belonged to an adult there was nothing on site to identify the person. There was also nothing to indicate foul play.

Grefner was reported missing in the early morning of Jan. 19 after he failed to show up for a shift at Maxx Fish that evening. Friends called around, knocked on his door and then called police. Friends and family members searched the area where he lived, even as tips came in from across B.C. and Alberta from people who claim to have seen someone matching Grefner's description. Many of his friends believe he simply decided to get away for a while.

None of those tips panned out for police, and in the meantime Grefner did not access his bank account, use his phone or make contact with anyone. When the body was found, there was a flurry of activity on the "Mike Grefner - Missing!" Facebook page from people hoping that it was not their friend.

The RCMP have continued to investigate and just last week the investigators were conducting interviews with individuals who had contact with Grefner before he disappeared.

He had been drinking with friends the night before he disappeared and took a taxi to a friend's house where he mentioned something about losing his wallet. The taxi driver then took Grefner back to the Garfinkel's nightclub to get his jacket, which he never picked up.

He then proceeded to make several phone calls, the last of which wasn't answered at 5:15 a.m. It was originally reported that he returned home safely, but it's not known whether he ever returned home that night. A timeline put together by friends suggests he went missing wearing the same clothes he was wearing that night.

The cause of death has not been determined, but he went missing during a cold snap where the temperatures were close to -20 C.

Hundreds of Facebook posts paint a picture of Grefner as a soulful, talented and outgoing person, always willing to lend a hand or an ear to a friend in need. Musically, he did more than play records, putting together remixes and mash-ups that resonated with his followers, and was an early convert to the dubstep movement in Whistler. Samples are available on Soundcloud and Beatport.

MC Flipside was quoted on Facebook as saying "Vs Zero is one of the most talented and naturally gifted DJs that I have ever shared the decks with."

Grefner started DJing at the age of 14 after being inspired by the movie Juice.

He was better known and liked than probably even he knew, and people who knew him slightly were willing to help out with searches or put up posters wherever they happened to be. There are few people in town that wouldn't have known Grefner was missing and loved by his friends, even if they never heard him play.

Grefner arrived in Whistler from Vancouver in 2006, although he originally hails from Red Deer, Alberta. He is survived by his sister Katherine and his parents.

Whistler RCMP contacted his family just before noon on Wednesday to break the news, and extended their condolences.

"The Whistler RCMP extend their sincere condolences to the family and friends of Mr. Grefner during this tragic time," stated the RCMP in a release. "Although there is no sign of foul play, investigators are continuing to investigate the circumstances that led to his death. The Whistler RCMP and the Grefner family would like to thank the many friends and community members who assisted during the search for Mike."

No plans for services or memorials have been announced at this point. Visit www.piquenewsmagazine.com for updates.