Body of Willy Lynskey, missing for over a year, found in Banff National Park

Police say death of former Whistler resident is not considered suspicious
May 2, 2018 5:50 AM By: Brandon Barrett and Megan Lalonde 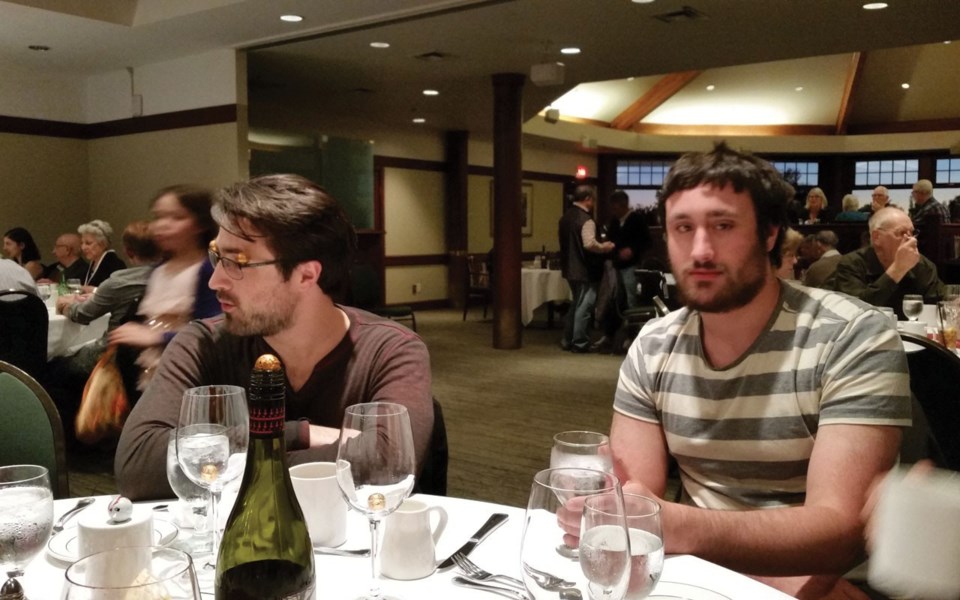 A photo of Whistler resident Willy Lynskey, right, in April 2017, the same month he was first reported missing by family. His body was recovered from Banff National Park last week. Photo submitted

Police have confirmed that human remains discovered last week in Banff National Park were that of Willy Lynskey, a 22-year-old Whistler man who was first reported missing over a year ago.

On Wednesday, April 25, a group of Swiss hikers came across the body in an area near Lake Minnewanka, roughly 17 kilometres from the town of Banff. The Alberta Medical Examiner later identified the body through dental records.

Although the cause of death has not been confirmed, police say it is not being treated as suspicious. The medical examiner has not yet confirmed how much time passed between Lynskey’s death and the recovery of his body.

The discovery offers no further answers to the mystery of Lynskey’s disappearance. A former Whistler resident, Lynskey was studying computer programming at BCIT in Vancouver when he did not return home one night and was not responding to texts in April 2017.

It prompted the Vancouver Police to open a missing persons investigation, which revealed that Lynskey had boarded a Greyhound bus to Edmonton on April 12. Surveillance video showed him checking into the Century Casino and Hotel.

Police also detected a ping from Lynskey's cellphone in Calgary the following day. Those clues led Vancouver Police to believe he was safe, and the investigation was closed.

"They labelled him as a young adult distancing himself from family and friends—which they have the right to do—and that they could no longer monitor him under the Privacy Act,” Heather Lynskey, Willy’s mother, told Pique in a December interview. "Which was very shocking to me, because he was still missing. Nobody had talked to him … It's certainly out of character."

Lynskey's bank accounts had not been active since shortly after he went missing, and none of his friends or family had heard from him either. The Whistler RCMP opened its own missing persons file in May of last year.

The Lynskeys also hired a private investigator to aid in the search.

Two months ago, the Lynskeys' hopes renewed after hearing word that cleaning staff at a shopping centre in Banff had found Willy’s identification lodged in a leather chair sometime in the fall of 2017. It was subsequently turned over to police—although Banff RCMP didn’t piece together that the ID was linked to the missing persons case until March of this year.

The revelation prompted Lynskey’s mother to fly to Banff for any sign of her son. There, she learned that employees from the Food Resource Centre had spoken with Lynskey around Sept. 7, 2017.

Lynskey’s family has said that he exhibited no signs of mental illness before his disappearance, but they now believe he was suffering from depression that was possibly brought on by stress at school.

Police in Banff have no sense of how Lynskey spent his time or who he may have associated with while in the mountain community.