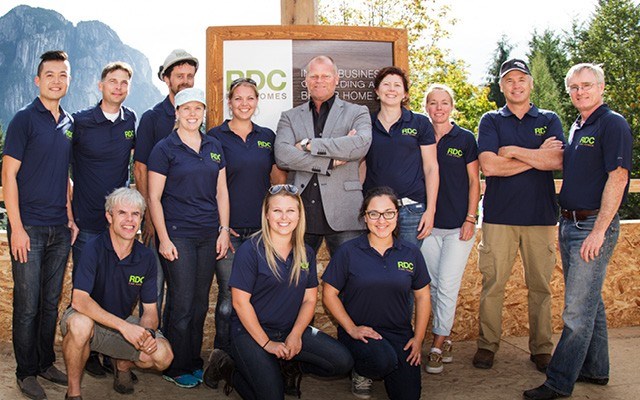 The Resort Municipality of Whistler's (RMOW) building department was kept busy through the third quarter of 2015, handling 310 new applications, according to the RMOW's quarterly building and planning report.

The numbers are largely consistent with those from Q2, which saw 351 new applications to the building department.

The planning department was slightly less busy this quarter, receiving 51 applications compared to 70 in Q2.

This is the third such report to come to council, which made the decision to request the information at last November's strategic planning retreat.

"It really is helpful just to see where the individual applications are, and just to also get a sense of how busy those two departments are," said Mayor Nancy Wilhelm-Morden. "It tells us about some of the older applications, it shows how many new ones we've received and how we're tracking in comparison with 2014, and it shows the amount of revenues that we're receiving, which is interesting."

The processing of applications generates revenue for the RMOW.

The revenues from the first three quarters of building applications were even more surprising — $1,121,953 compared to an anticipated 2015 total of $654,874.

"That's bonanza, is what it is," Wilhelm-Morden said.

Application fees vary based on type. It is not possible to predict what applications will be received ahead of time, RMOW communications staff said in a follow-up.

The disparity between the budgeted and actual revenues comes from the RMOW's "conservative" revenue estimates.

Building permit applications should be submitted early in the building season to avoid delays, the mayor said.

Meanwhile Whistler's RDC Fine Homes is up for six coveted Georgie Awards, another sign that the resort's real estate market is rebounding in style.

"That's the most we've ever been nominated for," said RDC president Bob Deeks, soon after hearing the news.

RDC is no stranger to the Georgie Awards. Six statues sit in the company's front office already. But it's been a few years since they've had a nod.

"It's great to be back," added Deeks, recognizing the importance of the awards for clients and potential clients.

This year, RDC is nominated in six categories, including Custom Home Builder of the Year.

The other categories are:

"This year I really do think all our finalist entries there are good enough to win," said Deeks. "It's nice to be going to the awards with a sense that you can win."

The Georgie Awards, a provincial housing excellence awards program for residential construction projects, is open to all members of the Canadian Home Builders' Association of BC. The winners will be announced on Friday, March 11.