Busy winter ahead as the GLC reopens 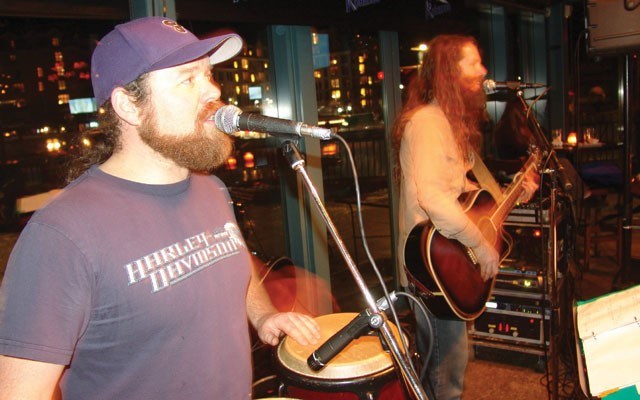 As the Garibaldi Lift Company (GLC), Whistler Blackcomb's premier club venue in the village, enters its 19th season, manager Mike Wilson says he is looking forward to its reopening.

The GLC was in its low-season hiatus and will reopen on Friday, Nov. 21, the day before Whistler Mountain opens to skiers on Saturday, Nov. 22.

First on deck will be perennial Whistler rockers The Hairfarmers on Nov. 22 at 8 p.m., in a fundraising night for the family of Quebec and Whistler freeskier JP Auclair, who died in an avalanche in Chile in September. This event also features Pique contributor Vince Shuley's Flow the Fedchenko: Suffering in the Mountains Redefinied, a short film following the team of adventurers as they traversed the gruelling Fedchenko Glacier in Tajikistan. Tickets are $10.

Wilson first joined the GLC team in 1998, becoming the man in charge a decade later.

He says the 2014-15 season is shaping up well with new and old friends coming to town.

"I'm excited on the entertainment front. There are a bunch of things returning and new things as well. One thing I really love about my job is that we are a restaurant the majority of the time but our diversity comes from the programming," Wilson says.

"We always have different things going on all the time. We try to get that information out to people so they know what's happening here."

Variety is, indeed, the name of the game.

"It's great to lock them in for the winter. It's unusual for me to be able to lock some acts in this early in the season. It's great to be able to do so because the Whistler market can be a bit of a 'fill for Vancouver' with tour dates. People set their tour and then they look to see what they can fit in. Because our market isn't as big as the city, we're fortunate that we can get big city acts that want to come to Whistler," Wilson says.

"Live music is coming back around in a really positive way. A DJ is a DJ, in that they've really taken over in the last couple of years."

So live music is back on ascendancy?

"I'd like to think so," says Wilson. "Ticketed events need the public to support them. Otherwise, people stop doing it. We do have repeating groups come through and we're always trying to find new acts. It's tough in the Whistler environment to maybe take a chance on people who haven't played here before because if you don't get the turnout, there's a lot of money invested on taking that chance.

"Some promoters have had to retire because there were some lean years there. You couldn't get the support."

Bands are more expensive to host than single performers such as DJs, Wilson says.

"When you take into consideration accommodation in Whistler in winter and you have a band with six or seven people. You're looking at four or five hotel rooms... that's $1,000 just in accommodations.

"We try to never go above a $20 ticket. Our ticket pricing is all relative to how much we're investing in a show. We don't raise a ticket price... A lot of time even a sellout show is a break even. Having a corporate sponsor helps to alleviate the risk factor, but obviously they want to have themselves associated with successful nights as well."

Other confirmed events include the now-annual Snowed-in Comedy Tour, with comedians Arj Barker, Paul Myrehaug, Craig Campbell and Dan Quinn. The tour is now in its seventh year.

The Snowed-in Comedy Tour is coming to Whistler for three nights at the GLC, January 19, 20 and 21. Tickets are already on sale.

There will also be the Solomon Community Nights, with people bringing in their homemade ski and snowboard videos. Wilson hopes to bring in comedy throughout the winter.

"And there is a new project that we've been approached with called Mountain Stories. Twice a month on Fridays, big names in the snow sports community will be brought in and interviewed about their lives. They will be mountaineers, or skiers and snowboarders," Wilson says.

"The talk is followed by a Q and A, so everybody has access to these interesting people."

Wilson says there will be eight Mountain Story nights this season. People can come in, have a drink and learn fun and interesting things."

Tuesday Trivia Nights will be back, too.

"As long as we've been here, the locals have been an important part of our business with some of our specialty nights. Trying to bring in these unique things for the seasonal worker, or the local, is what I take into consideration. It's a fine balance with the tourists. You never know who is going to be here as a tourist," Wilson says.