Canada has two years to meet target of protecting at least 17% of its freshwater and land
Aug 13, 2018 2:00 AM By: Brandon Barrett 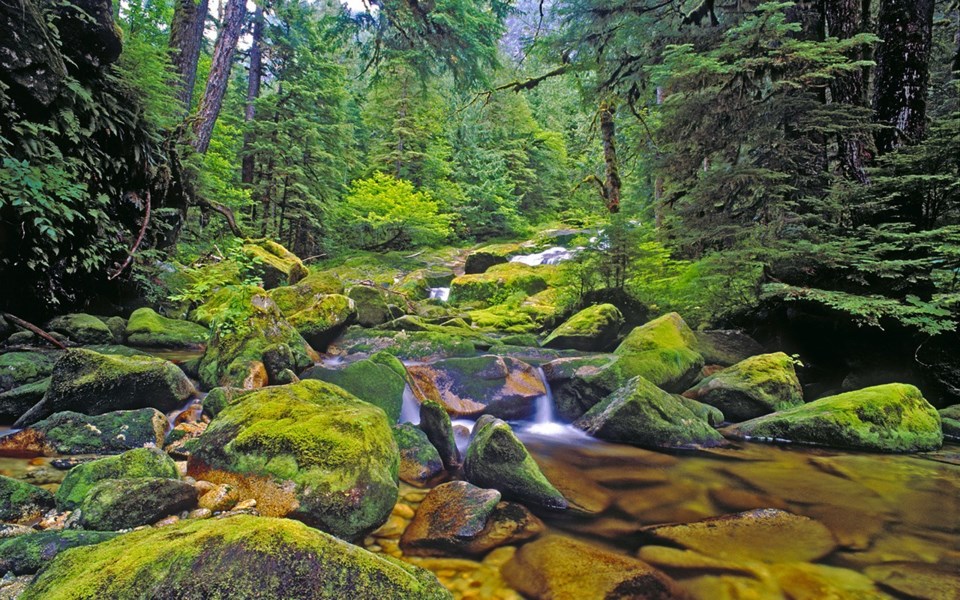 PROTECTIVE MEASURES Canada will have to invest heavily in order to hit its 2020 target of protecting at least 17 per cent of the country's freshwater and land. www.shutterstock.com

The vision of vast, untouched wilderness is such an integral part of Canada's identity that it can be easy to forget just how little of our nation's lands and freshwater is protected.

At a meeting of nearly 200 countries as part of the United Nations' Convention on Biological Diversity, Canada pledged to safeguard at least 17 per cent of the country's lands and inland waters by 2020. At the time, only nine per cent of Canada's land and freshwater was protected. Since that 2010 meeting, little headway has been made; Canada's protected area sits at just 10.5 per cent today, putting it last among G7 nations.

But a new report from the Canadian Parks and Wilderness Society (CPAWS) is optimistic about Canada's conservation promises, and charts a path towards achieving its 17-per-cent target—which will require adding protections to an area roughly the size of Alberta—in the next two years.

"Canada has the greatest opportunity in a generation to protect nature—and this report provides a roadmap for action," read this month's report, titled "What's Next: Parks and Protected Areas to 2020 and Beyond."

(A spokesperson for CPAWS did not return a request for comment by press time.)

In British Columbia, where just over 15 per cent of land and inland waters are currently protected, the 17-per-cent benchmark is within reach, but CPAWS stressed that "renewed commitment and a plan are urgently needed" to meet the 2020 target.

"While B.C. should aim to reach and exceed the very achievable short-term goal of 17-per cent protection by 2020, it is important that the province also pursue a long term goal of improving ecosystem representation and completing better interconnected networks of protected areas that will be the foundation for conserving healthy ecosystems and communities for the long term," the report states.

"The reality is that business in Whistler will just keep growing and more and more people will come here, and we're already at the Banff problem where the people coming to see nature and wilderness negate what they originally thought they were coming for. To me, it's a question of planning," he said, noting how local protective measures have been slow to keep pace with the evolution of outdoor recreation.

"Everything's totally changed, and now (there are mountain bikers) in the alpine and I'm not sure that we ever had a process for how to bring mountain bikes into the alpine in a way that meets the goals of mountain bikers and people who make money from mountain biking, and nature," added Brett. "Just because there's an opportunity to lead people to beautiful areas, maybe it's better to just concentrate the damage as much as possible within a small area and allow other areas to remain inaccessible or hard to access."

The report also touches on an area of growing concern for many in the Sea to Sky region: B.C.'s cramped provincial parks. "B.C.'s provincial parks suffer from chronic underfunding, including understaffing," the report reads. "This has degraded the ecological integrity of the system, reduced monitoring and enforcement efforts, and resulted in a lack of expansion to keep up with the demand from outdoor recreation."

Locally, Joffre Lakes Provincial Park, about a 60-kilometre drive north of Whistler, has exploded in popularity in recent years, and now counts upwards of 170,000 annual visits. In May, BC Parks sparked backlash when it announced that dogs would be banned from Joffre Lakes, a move many saw as a roundabout way to deal with overcrowding in the ecologically sensitive area.

To help curb this problem, CPAWS recommends B.C.'s provincial and Indigenous governments apply to Ottawa's new Canada Nature Fund, which has earmarked $500 million over the next five years to support conservation initiatives and protected areas planning. The need to establish a network of interconnected protected areas that will "sustain resilient natural systems and healthy communities in the face of climate change" was identified as another priority B.C. should be looking to over the long term. This effort will require collaboration among provincial, regional, Indigenous and other partners, such as universities, for instance.

"The interconnection is vital. You cannot have these isolated pockets of habitat when you have species that need to roam around," explained Claire Ruddy, director of the Association of Whistler Area Residents for the Environment, who noted how Whistler's valley-bottom wetlands—vital habitat for a variety of wildlife and fauna—have decreased by an estimated 70 per cent over the years.

"It's really important to try to maintain those wetlands, but also to ensure they're connected so that wildlife species can move around," she added.