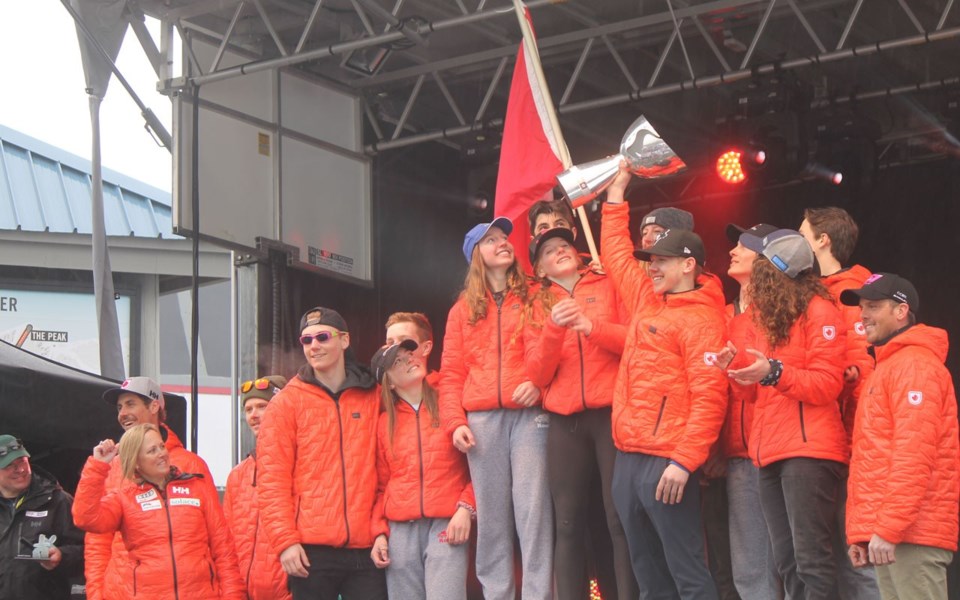 Canada celebrates its U16 Whistler Cup win on Sunday. Photo by Dan Falloon

In recent years at the Whistler Cup, Canada had always been more than accommodating as hosts.

After winning five of six overall titles between 2008 and 2013, Canada hadn't been able to pull off the U16 overall title as visitors from Austria, Norway and Switzerland brought it back to Europe.

However, led by Arianne Forget on the women's side and a selection of impressive showings on the men's side, the Canadians finally reclaimed the trophy on April 14.

Head coach Jenni Stielow was thrilled to lead the team of a dozen ski racers from all over the country to the victory.

"It's absolutely fantastic to bring it back for Canada," she said. "The athletes really put their full effort into competition here, which was fantastic. They were all attentive. They were very competitive and they paid attention to small-scale details, which I really think paid off in the long run."

The United States, meanwhile, brought home the U14 Festival Cup.

Locals excelled in the four-day festival, though none shone brighter than Felix Shorter, who took home the U14 Dave Murray Award winner on Sunday. Shorter's case was strengthened by a third-place finish in the slalom earlier in the day.

Pick up Thursday's Pique for a complete roundup.