With one year of experience under her belt, incumbent Councillor Cathy Jewett—first elected in an October 2017 byelection—feels ready for four more. "I had a really great first year.
Sep 13, 2018 5:01 AM By: Braden Dupuis 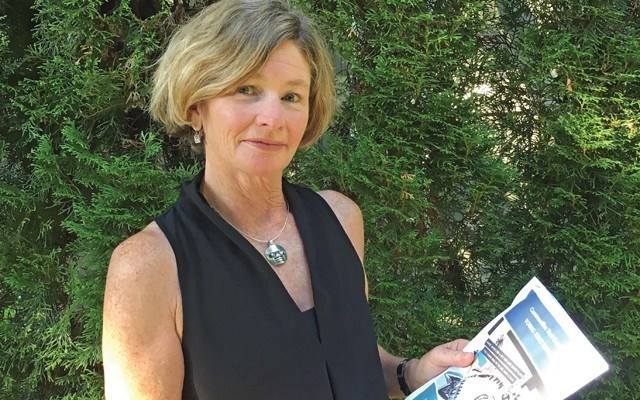 With one year of experience under her belt, incumbent Councillor Cathy Jewett—first elected in an October 2017 byelection—feels ready for four more.

"I had a really great first year. I learned a lot, and I think I'd like to take that experience and be able to make a difference in the next four years," Jewett said.

In her first year Jewett was appointed to represent council with the Association of Whistler Area Residents for the Environment (AWARE), the Whistler Community Services Society and the board of the Whistler Public Library, as well as serving on the Transportation Advisory Group and the Human Resources, May Long Weekend and Forest and Wildland Advisory committees.

Jewett has lived in Whistler since 1976 and boasts decades of volunteer experience, including as a founding member of AWARE, as chair of Communities That Care Whistler, as a WORCA ride guide, a docent at the Audain Art Museum and various roles on local and provincial Parent Advisory Councils (among other things).

She's also had a long career working as a professional ski patroller, and more recently in a supervisory role with Whistler Blackcomb's safety department.

In discussing her priorities if reelected, Jewett said it's not always the "what," but the "how."

"I hope that we can work on our governance processes," she said. "I'd like to see us be more—and this word comes up all the time—transparent. But I think that we (should) really go at it as a council and ensure that we look at best practices in other municipalities to ensure that we're as current as possible with our practices, and also with our public engagement."

Affordability is also a key issue for Jewett.

"Obviously housing is a big thing that we have to tackle, but having lived here for over 40 years, it's been an issue for a long time—I wrote a letter to the paper well over 20 years ago about this very issue," she said.

"What is going to become more of an issue is how we ensure that we have the people that support our community services supported with resident housing."

In terms of solutions, Jewett said there are some ideas, but they can't be rushed forward without proper consideration.

"We have to make sure that what we're doing is palatable to the community, because they have their own needs, and so it's very difficult to come up with a solution that's going to house everybody that needs housing in a way that is fair and equitable," she said.

"That's the thing I've really learned, is that when you look at a decision, it isn't just about the immediate beneficiaries, but making sure that the community is happy with the decision as a whole."