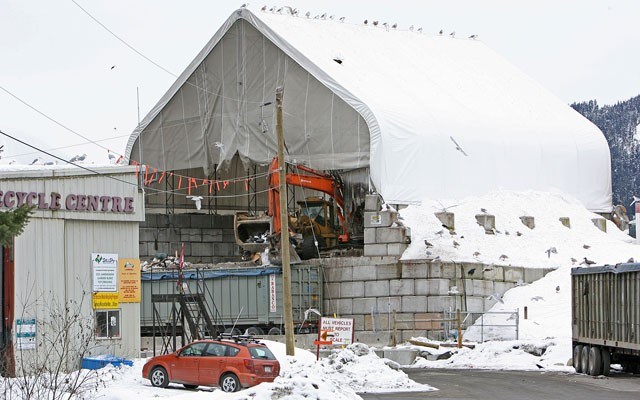 Whistler sealed the deal on new multi-million dollar garbage and composting contracts this week, but not everyone was happy with the outcome —the unsuccessful proponent called one of the deals "disturbing."

"It is highly unusual to reject a lower-cost bid... when the lower-cost operator has a unblemished national and local record of proven good management," wrote Peter Ladner of Sea to Sky Soils/Walker Environmental Group in a May 14 letter to council. The operators were ultimately unsuccessful in their bid for Whistler's composting.

Both five-year contracts were awarded to Evergreen Projects, also known as Carney's Waste Systems, which has long run Whistler's composting program, and its garbage program even longer still.

And while Carney's was the lone bidder on the garbage contract, it had very close competition from Walker.

At Tuesday's meeting representatives were on hand to ask council why they lost the bid when theirs was the cheaper option — some $42,000 per year cheaper, or $210,000 over the life of the contract.

Ladner publicly questioned the decision making during the Question and Answer period.

"It seems a funny way to do it," he said of the decision-making matrix, which put more weight on the experience of the contractor, rather than the economics.

Walker proponents were also concerned that they had initially been told they won the bid and then hours later there was an about-face.

Hallisey explained: "There was a clarification made to their proposal in that time. That clarification increased the estimate costs."

The cost difference was sliced down to quite a narrow margin and that tipped the balance in favour of Carney's with the experience.

After sitting through the lengthy meeting and then listening to the staff report, the Walker representatives left.

"That's why you only get one bid," said Matheo Ocejo of Sea to Sky Soils quietly, as he left the council chambers, referring to the lone bid on the garbage proposal as well as the "disappointing" two bids on the asphalt contact, considered earlier in the meeting.

For example, Carney's will be installing a big garbage compactor that will compact everything before it gets trucked to the landfill in Washington State.

That will add more to the loads going stateside, which will reduce costs as Whistler pays a flat rate for each container sent to the landfill.

Radio-frequency technology is also being installed at the compactors to alert Carney's when they are nearly full. This should reduce servicing costs.

In both cases, the municipality negotiated with Carney's to get a better deal for Whistler taxpayers.