Carrying the torch for many

Kristmanson, Smythe, Forseth, Blok among corridor residents who will be part of Olympic torch relay
Oct 23, 2009 9:07 AM By: Clare Ogilvie 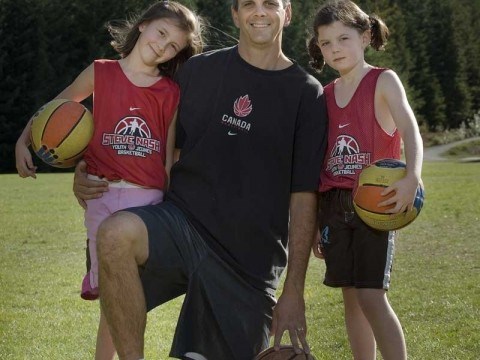 Canadian Olympic basketball player Alan Kristmanson remembers what it's like to struggle to reach the Games.

And he remembers how important it was to feel that Canadians were behind him as an athlete.

So when the 2010 Olympic torch is passed to Kristmanson it will be the athletes he will be thinking of as he runs his leg of what will be the longest relay held in the borders of the host country in history.

"Maybe this is a way I can show my support, and it is huge honour because I have lived it and I know what they are going through," said Kristmanson, now the director of golf at the Whistler Golf Club.

"I know the challenge of playing on a national team, both financially and in this country, because there is not a lot of support. But now here is a chance for us to support athletes."

Kristmanson, who played basketball at the 1988 Summer Games in Seoul - and scored 25 points against the U.S. Dream Team - was nominated as torch relay runner by the community through the Resort Municipality of Whistler.

"The Olympics is an unbelievably positive gathering of the world," he said. "...Everybody is celebrating the success of something, whether it is their kids participating, or their country participating, so there will be a vibe in this town that people just won't get until they live through it."

The Olympic flame, which is being lit in Greece today (Oct. 22) will visit over 1,000 Canadian communities as 12,000 torchbearers carry it on its 45,000-kilometre journey.

The 106-day relay starts in Victoria on Oct. 30, when the flame arrives from Greece.

The torch will be in the Sea to Sky corridor Feb. 4-6. The relay route takes the flame from the Sunshine Coast to Lions Bay and stays overnight in Squamish Feb. 4. On Feb. 5 the relay goes from Squamish to Whistler, where the flame will spend the night. The relay continues from Whistler through Pemberton, Mount Currie and Lillooet and ending Feb. 6 in Merritt.

Pique's own Alison Taylor was also asked to carry the torch by the 2010 Olympic Organizing Committee.

"I am so excited about it," said Taylor, whose parents plan to fly out from their Ontario home to cheer her on alongside husband Jeremy Robb and 18-month-old Charles.

"When I think about it all I can think about is just how proud I am going to be to do it. I think I will feel proud to be Canadian, proud to be a Whistlerite, proud to run with the torch in front of my friends and family."

For recently retired Hugh Smythe, former president of mountain operations for Intrawest, and one of those who pushed for the Olympics to come to Whistler in the 1960s, the chance to carry the torch is like the closure of a life long ambition.

"In doing this I feel very privileged and blessed to have this opportunity to represent the company and Whistler," he said.

"It is going to be spectacular. It is so exciting and this is just more than the icing on the cake for me, it is just right over the top."

Smythe will carry the torch Feb. 10 in North Vancouver, just two days before it travels into B.C. Place stadium where it will be used to light the Olympic cauldron. Feb.12.

Intrawest colleague Doug Forseth will be carrying the torch in Mont Tremblant, Quebec.

"Every time something was on TV and I wasn't at school I was glued to the television set. It has been a fascination for me for a long time."

Forseth is Whistler Blackcomb's point man on the Games.

"I am very, very excited," he said of carrying the torch.

"This is a symbol of the Olympics in so many ways. I have been working very closely on this for almost 10 years and I have had a lot of great Olympic experiences, but I think this will be the crowning memory of all those experiences."

Both Forseth and Smythe were awarded their places by Intrawest, which secured spots through their partnership with the Vancouver 2010 Organizing Committee.

Longtime Whistler resident John Blok and Squamish resident Jon Rees were chosen by RBC, which partnered with Coca-Cola to put on the relay.

"The running part is not the big deal, but having done it and having the story to tell is the big deal," said Blok, an endurance athlete and trainer.

"I think it is a big deal, especially for the grandkids, and I think owning the torch will be great as we can pass that on from generation to generation," said Blok.

Said Rees: "It didn't really hit me at first. But now I am really getting excited and stoked.

"I think my national pride will begin to increase and the fact that I am representing Canada is amazing."