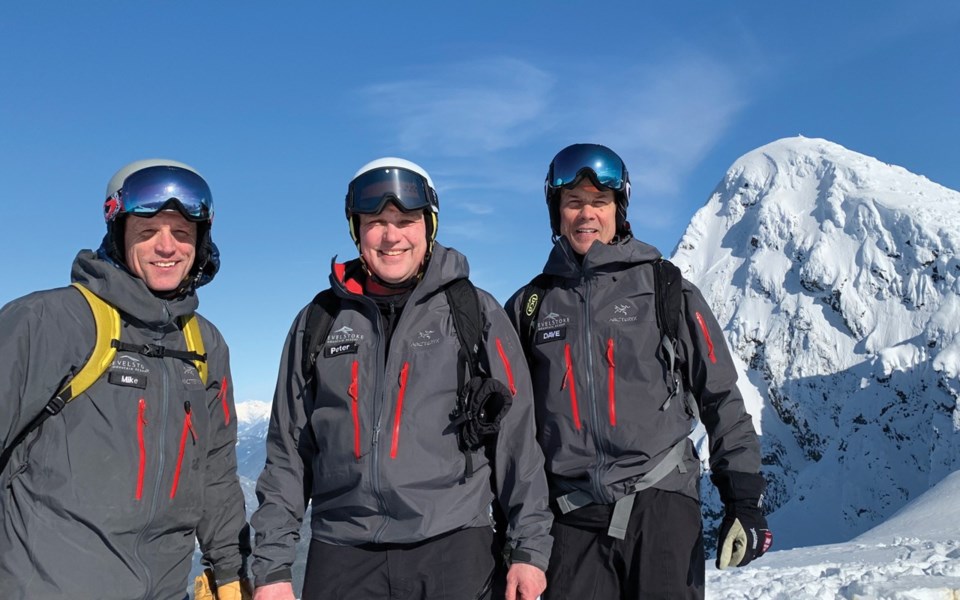 in january, it was announced that Grouse Mountain had been sold for the second time in less than two years. The difference this time around is the North Vancouver ski resort will be guided, at least in part, by one of the most accomplished names in B.C.'s ski industry, and one that is readily familiar to the resort: former Whistler Blackcomb (WB) CEO Dave Brownlie.

Investment firm Northlands Properties Corporation, owned by one of Canada's richest families in the Gaglardis, closed the deal on Jan. 2 for an undisclosed amount, adding a second ski property to its holdings along with Revelstoke Mountain Resort (RMR), where Brownlie now serves as president.

A year and a half since assuming that role, Pique caught up with the ski executive to discuss Grouse Mountain's potential, how Revelstoke reminds him of the Whistler of old, and the recent petition—yes, that one—calling for improvements to the ski experience at WB.

The following interview has been edited for length and clarity.

How will you be involved at Grouse Mountain?

Brownlie: I'll play the same role as with Revelstoke, really supporting their management team to grow the business and create a great experience.

How would you evolve the experience at Grouse?

DB: I think Grouse Mountain is an iconic asset. It's been around for a long time and it will continue to be around for a long time. I think it needs some more reinvestment in some of the right things and then we'll be able to grow our business. The management team has done a great job in identifying the big opportunities. When you step back and look at the access and egress up the mountain, there was a tram that was built in 1966, and the newest one was built in 1976, so there's a real opportunity to upgrade the lift capacity, both up and down, that would ultimately make a big difference to visitation.

Do you think Grouse has an opportunity to capture more of the regional ski market with Vail Resorts' emphasis on the Epic Pass and destination skiers?

DB: I think Grouse Mountain, Cypress and Seymour always play a role in the Greater Vancouver market in terms of that local, regional marketplace. They have learn-to-ski programs, and getting people to ski in this time-crunched society, where if you don't ski at night, you can ski midweek, it's really easy to do, because it's right there. I think they will continue to play a big role in the ski market going forward.

How have things been going at Revelstoke since becoming president?

DB: Revelstoke, it truly is an amazing place. Our reputation is certainly growing out there in the North American and, quite frankly, the global ski market. It's certainly a place that's on the map where core skiers and riders want to go. When they come to Revelstoke, they're not disappointed; we've got big vertical, we've got amazing snow and terrain, it's an authentic town, and it's a little bit more rough and rugged and rough around the edges and I think that's what people are looking for these days. I think we're actually well positioned for the future, as people look to stretch and go a bit further to seek out that adventure. Revelstoke is also a hub of heli-skiing and cat-skiing and it brings people from all around the world.

We've been seeing a lot of consolidation in the ski industry recently, but along with that, there seems to be a growing appetite for unique, boutique ski experiences. Do you think Revelstoke is positioned well to meet that demand?

DB: Absolutely. People are looking for the more authentic, boutique, real ski and snowboard mountain experience that we offer. We're locally owned, Vancouver, B.C.-owned and really tied in with working in the community—not only with Revelstoke, but also with Grouse Mountain. I think that's important as we align with the community, we align with the province and ultimately align with tourism in Canada to make Western Canada a destination for people to come from around the world. I think it's very cool. The other thing is we're fortunate because we're a partner with the other big company out there called Alterra. We're an Ikon Pass partner and we're getting a lot of great visitation through that partnership. So we have all the benefits of an independent, local, B.C. ownership but we're also connected to the big marketing machine that's driving long-haul destination visitors.

What other ways has the Ikon Pass program benefitted Revelstoke?

DB: It started with the Mountain Collective and then Alterra came and they really have a view about partnerships and authenticity and really aligning their resort with the community and the marketplace. That's why an independent, like ourselves, can fit so well with that portfolio. It's been a great partnership, we work well together and I think we're all enjoying the benefits of that.

You often hear that Revelstoke reminds people of Whistler from 10, 15 years ago—

Do you see those similarities?

DB: The parallels that I see are a whole bunch of young, energetic people moving to Revelstoke, whether they're single or young families with kids, and they're so excited to be there and they see nothing but opportunity for the future. It's super positive with tons of great energy. Everyone is connected to the outdoors and that kind of outdoor mountain culture. It's very, very prevalent and you can feel it everywhere. There's so much excitement and enthusiasm and optimism about the future, which is rare. Everyone is working together. It's where Whistler definitely was back in the day.

I think it's fair to say that optimism has been missing somewhat in Whistler of late. Have you seen the petition going around calling for improvements to Whistler Blackcomb that has been signed by nearly 10,000 people? What are your thoughts on it?

DB: Well, you know, it's a tough one. Certainly my heart goes out to the team at WB. This has undoubtedly been the toughest snow year that I've seen in my 30-plus years here. It's been real tough for the team and I know they have been doing everything they can to deliver the best possible product. But I don't think it's about that. There are other things underlying the angst in the community, and those are things that ultimately can be and should be worked on. (Pique followed up by asking what specific things need to be worked on but Brownlie declined to comment.)

Through WB and now Revelstoke, you've seen two different sides of B.C.'s ski industry. Where do you see the industry moving to in the future?

DB: B.C. is really quite fortunate because of the natural assets that we have in the mountains and in the ski industry. I do think there continues to be a bright future—but we have to continue to work at it. We really have to introduce young people to the opportunities that the outdoors and the mountains provide. The reality is you can see that happening out of Greater Vancouver and the people coming up to the corridor, particularly in the summertime. To me, that's a good thing. So, as tourism providers and people in that business, how do we provide those opportunities for people to enjoy and gather and touch the outdoors? That's what we have to figure out ... We need to create areas where people can go and handle them effectively and not just let people run amok out there. We need to think that through, put that infrastructure in place and I think, quite frankly, that B.C. can be a leader in that.