Changes made to transit schedules 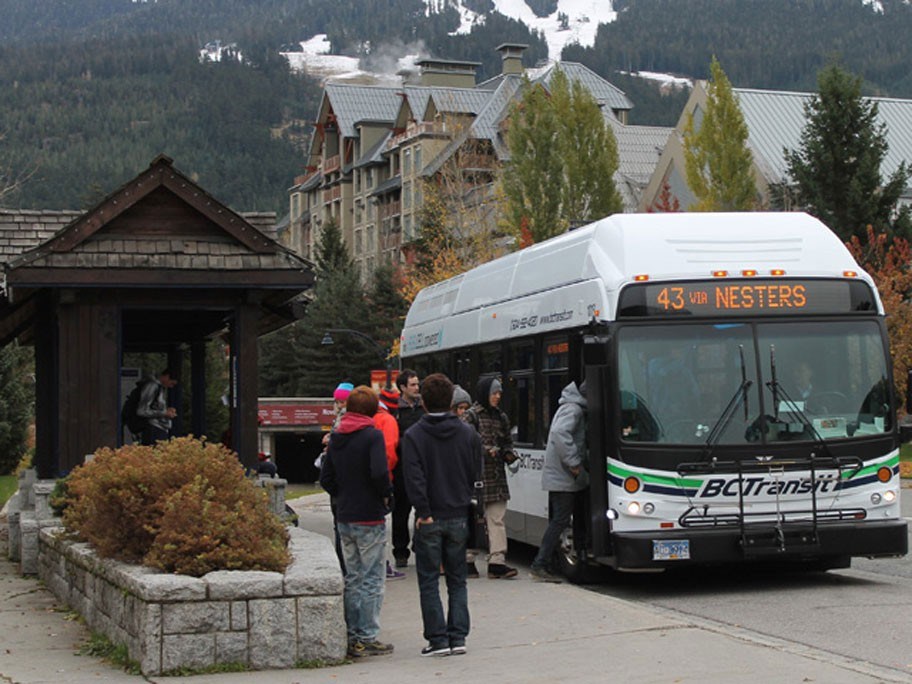 In addition to the switch to the full winter schedule on Dec. 15, there have been a few alterations to the transit schedule this week.

One of the key changes, based on customer feedback, is a decision to reroute the Valley Connector bus service through the Gondola Transit Exchanged until 10 a.m. daily. Northbound buses after 10 a.m. will continue to turn down Northlands Boulevard and to Lorimer before heading back out to the highway, while southbound buses will follow a loop that includes Lorimer, Blackcomb Way and Village Gate back to the highway.

Powered by the Ballard FCvelocityTM-HD6 fuel cell modules the buses went into service about two years ago — they were showcased during the 2010 Olympic Games. They are the first fuel cell bus fleet to reach this milestone.

Said Paul Cass, Ballard's Vice-President of Operations: "We are pleased with the continued improvement in overall bus fleet performance over time and are delighted with BC Transit's ongoing support of this important initiative. Many decision-makers in the global bus market are following the Whistler experience closely and will be interested in the results to date."

The BC Transit fleet has been the largest hydrogen fuel cell-powered bus fleet in operation anywhere.

By end-November 2011 the fleet had operated a total of 80,000 hours; more than 9,600 safe refuellings had been completed, by which 220,000 kilograms of hydrogen was dispensed to the fleet's buses; and 2,200 tons of greenhouse gas (GHG) emissions were avoided, in comparison to diesel buses, which is equivalent to removing approximately 400 passenger vehicles from the roads.

Buses will once again be free on New Year's Eve, from 6 p.m. to 4 a.m. on Jan. 1, with no service from 11 p.m. to midnight to ensure enough buses are in place for the midnight rush.

Also new this winter is a weekend/holiday schedule, with additional buses on routes 2 (Creekside), and 4 and 5 (Village Shuttle) from Dec. 24 to Jan. 2, and on Saturday and Sundays through the winter season.

The Resort Municipality of Whistler, Whistler Transit and BC Transit have been monitoring changes to the bus service in Whistler, which has had to reduce service hours as a result of budget constraints.

— With files from Clare Ogilvie