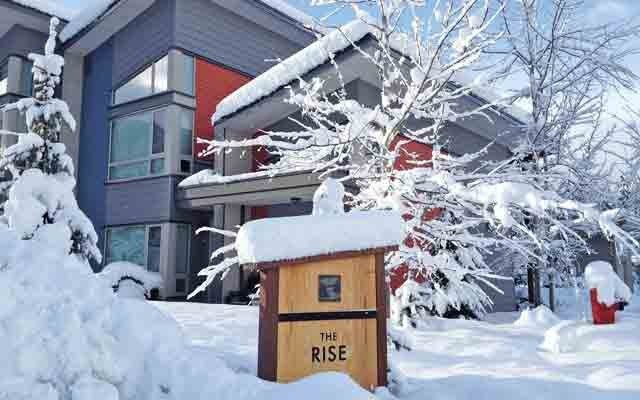 A Cheakamus Crossing representative believes the results of a recent study, which found the neighbourhood's District Energy System (DES) is cheaper to operate in the long run compared to more traditional heating methods, is flawed.

The heat-pump systems were compared to two other heating systems: one consisting of a domestic hot-water tank and electric hydronic boiler, the other made up of electric baseboard heaters and an electric hot-water tank.

The results of the study were presented to council on Tuesday, Jan. 24.

The primary issue for Tony Routley, Cheakamus Crossing's appointed representative on DES issues, is the study didn't fully represent the range of technical issues and often hefty repair costs many residents have reportedly faced — DEC looked exclusively at systems known to be in good working order.

"(The results) are loaded. I think the report is flawed," he said. "(DEC) took the few people they could find that were lucky enough to have systems that worked perfectly."

But Mayor Nancy Wilhelm-Morden said the report provides the municipality with a useful benchmark moving forward.

"Right now, what this study shows is what the hydro costs are for good working units, and that's helpful information," she said.

In looking at total ownership costs, which included energy costs, routine maintenance, utility fees and equipment replacement, the monitoring program found costs increased at a slower rate for the heat-pump systems compared to both traditional heating methods. The average annual ownership costs over the projected time period for the heat-pump system was $1,003, compared to $1,431 for the boiler system, and $1,399 for baseboard heating.

The electric baseboard system, for instance, came with no maintenance costs and few replacements costs, although predicted future increases to BC Hydro rates accounted for most of the bump in ownership costs over time. The report found that the ownership costs for this system would surpass the DES by the year 2026.

When asked why a Cheakamus homeowner who's already faced pricey service bills should stay on the DES knowing the cost to operate an electric baseboard heater will remain cheaper for the next nine years, Wilhelm-Morden said it's up to each resident to determine the best approach.

"There are 174 units down there... and some (homeowners) have been faced with costs that are on the high side, so people are going to have to make individual decisions about what they want to do in the future," she noted.

Councillors Sue Maxwell and Andrée Janyk also questioned whether some of the equipment replacement costs included in the study were accurate.

"I personally feel these numbers are a bit low based on what I've seen out there," said Janyk.

The cost to replace a heat tank, for example, was listed as $1,000 in the report, based on DEC's wholesaler prices. Some residents, meanwhile, have reportedly received estimates closer to $5,000, although that is likely based on replacing the specialty 120-gallon tanks that were installed to accommodate the influx of athletes in the neighbourhood for the 2010 Olympics. DEC has assured that homeowners' systems will operate fine using the cheaper 80-gallon tank.

Also of issue for Routley were the life expectancies in the report for some of the system's major components. The lifespan of the hot-water tank, for example, was listed at 12 years, although Routley said technicians have told him that's a generous estimate.

"I am told we'll be lucky to get seven to 10 years on the hot water tanks because our water is hard and will eat up our tanks," he noted. (Pique spoke with a technician familiar with the DES who said 12 years was an accurate average lifespan for the tanks.)

GoFundMe launched in support of Sea to Sky mom battling cancer
Sep 20, 2020 3:17 PM
Comments
We welcome your feedback and encourage you to share your thoughts. We ask that you be respectful of others and their points of view, refrain from personal attacks and stay on topic. To learn about our commenting policies and how we moderate, please read our Community Guidelines.