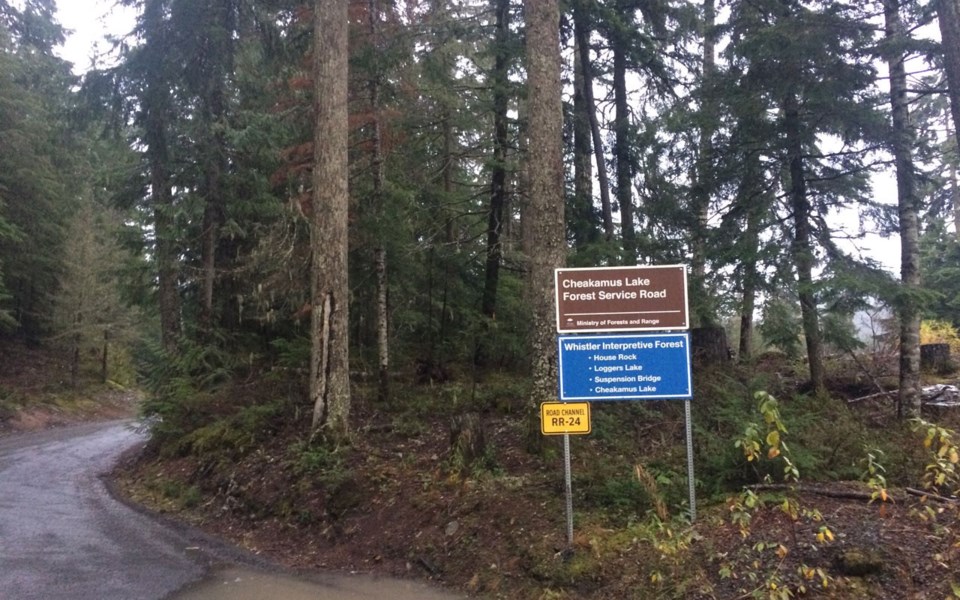 cLOSED The Cheakamus Lake Road is closed to recreational vehicles to facilitate a fuel-reduction project. Photo by Joel Barde

The Cheakamus Lake Road is closed to the public to facilitate a fuel-reduction project. Supported by BC Parks and the Ministry of Forests, Lands and Natural Resource Operations, the road will remain closed until this spring.

"We are trying to time (the work) to have minimal impact on recreation and tourism," explained Jeff Fisher, president of the Cheakamus Community Forest (CCF), the 33,000-hectare community forest surrounding Whistler.

The fuel-thinning project is being carried out within approximately 100 metres of both sides of the road, from the 3.5-kilometre mark of the road to the Cheakamus Lake parking lot.

It is funded by the Forest Enhancement Society of British Columbia, the Resort Municipality of Whistler (RMOW), and revenue generated from the harvesting of select trees.

Fisher said the work requires a lot of space and closing the road will allow the CCF to undertake it in a more cost-effective manner and increase safety.

"It's not all happening in one spot," he said, describing the work. "They're cutting the trees, they're loading trucks with trees and logs ... they might be chipping logs and then going to the compost."

The project will focus on around 30 hectares of forest.

Only a fraction of the trees harvested will be sold.

"Very little of it will be old growth," he said. "Most of the area being treated is second-growth stands.

"There is a little bit of old growth that's planned to be treated in Phase 2, which we might not get to this winter."

The project is being carried out by Lilwat Forestry Ventures, which will keep a portion of the revenue from the sale of the merchantable logs.

The CCF is co-managed by the Lil'wat Nation, Squamish Nation, and the RMOW.

"They're allowed to keep a small (portion), for the cost of doing their business," said Fisher. "If they have value, we try to get value out of them.

"But most of the profit or the net revenue for the logs goes back into the project."Recent fuel-reduction projects, which have focused on the Callaghan, have gone well, with the removal of around 1 million kilograms of combustible trees and branches per hectare, explained Fisher.

The CCF is also warning the public not to ski down the south side of Whistler's peak onto Cheakamus Lake Road, as it will be an active work site. The area is also out of bounds.

The Riverside trail will remain open, but there may be some impact on mountain bike trails depending on snow conditions.