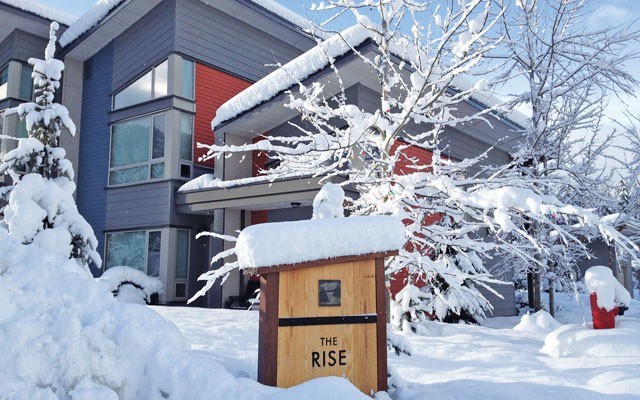 Problems Persist Another resident of The Rise in Cheakamus Crossing is calling out the municipality to find a solution for a controversial energy system that has incurred some residents thousands of dollars in repair costs. File Photo by Clare Ogilvie

Another winter, another Cheakamus Crossing resident outraged over a state-of-the-art energy District Energy System (DES) that has led to thousands of dollars in repairs and maintenance costs since it was installed ahead of the 2010 Olympics.

Erica Finnsson has lived in The Rise since the winter of 2010, and said her unit's heating system, which is part of a larger state-of-the-art ambient heating system that has been touted for its energy efficiency and low utility costs, has failed at least once a year every year since. It's also resulted in a total of $2,500 in repairs for her in 2014, with a technician forecasting another $8,000 before all is said and done.

It's a problem that has plagued other neighbourhood residents, and a quick scan of the Cheakamus Crossing Facebook page shows multiple others who've faced enormous repair bills and failing systems this winter.

Now, Finnsson is fed up, and wants the municipality, which commissioned RMOW subsidiary Whistler Development Corporation (WDC) to contract out the installation of the DES, to take responsibility for a system that hasn't lived up to its billing.

"I'm frustrated with it because mayor, council and staff have been led to believe this state-of-the-art system is meeting their expectations, when in fact it actually isn't," she said. "There is a significant enough number of people who are experiencing very expensive issues with it that mayor and council need to step in and have a complete review of it."

The RMOW has confirmed that an efficiency study of the system has been included in the 2015 budget that will also provide updated information for DES users. An independent party will likely conduct the study.

"It is anticipated that we would look at a representative subset of individual units to determine how effective the DES systems are," wrote municipal spokesperson Michele Comeau in an email. "They will be compared to other methods of space and hot water heating for similar units."

Getting to the root of the system's persisting issues was one of Steve Anderson's major campaign points in November's local election, and now that he has a seat at the council table, he plans to keep that promise.

"I think everybody had the idea that this was going to be a really great, innovative system, and I don't think everybody's having an issue, it's just a few people from what I see, but it still shouldn't break them financially," he said. "We have a responsibility to look into that."

First on the agenda for Anderson is determining if the individual units that keep having problems can be linked back to a specific company or companies contracted for installation. Various companies were used for installation, in some cases within the same building. WDC head Eric Martin was unable to provide Pique with the list of contractors used when asked last year.

Anderson has also discussed switching DES users over to alternative heating methods, but said this should only be done as a last resort.

"I think even those having problems with the system would in the long run prefer to fix it and have it work as intended for the betterment of everyone involved," he said.

The RMOW is responsible for the maintenance and operation of the DES from the waste water treatment plant up until the Cheakamus Crossing property line. The upkeep of the system within each individual unit is up to the homeowner, however.

"Every expert I've talked to agrees that this heating system should last for 25 to 30 years with little to zero maintenance," Finnsson said. "(The RMOW) needs to stop playing that card. We haven't done anything wrong."

Finnsson said she wants "every penny" in repair costs she's incurred recouped, and she's ready to fight until the controversial energy system is fixed for good.

"I'm committed, I have the time, my patience is wearing thin but I'd like to think I have the patience to do this, and I'm not going to back down," she added.

Ryan Carter, vice president of DEC Engineering, the New Westminster company responsible for the design of the DES system, did not return a request for comment.