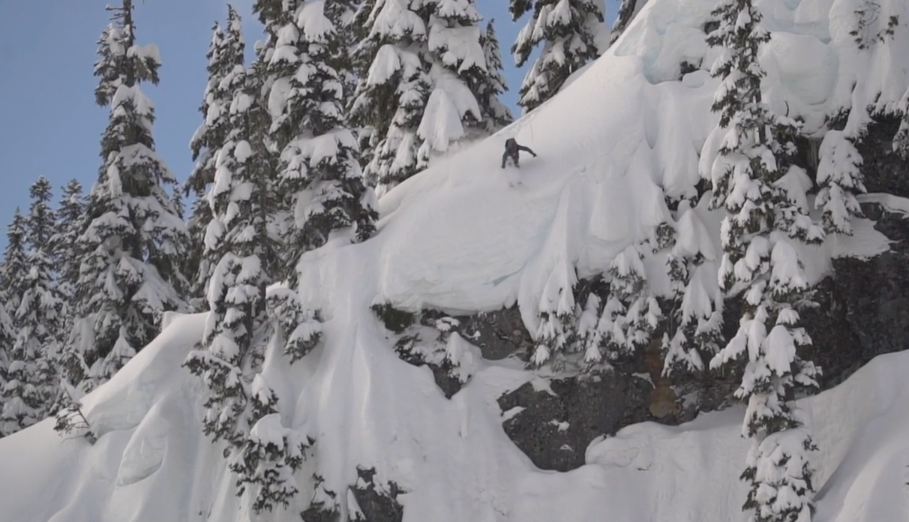 In an alternate universe, skiers would have been enjoying the last sunny, slushy laps of the season on Whistler’s slopes this week.

Thanks to the COVID-19 pandemic, most of us are still sitting at home instead, optimistically looking forward to physically distanced summer days, and trying to avoid thinking about how choked we still are about the abrupt end to this 2019-20 ski season.

Despite an early ending to winter, 19-year-old Whistler-based skier Morgan Tien still managed to crank out an impressive season project that will no doubt have you yearning for pow turns and pillow drops.

Locals might remember Tien, originally from Bend, Ore., for his role in last year’s World Ski and Snowboard Festival audience choice award-winning submission at Intersection, “The One Where They Get Sendy," with ski crew Los Amigos.

In that project, viewers can see Tien, who moved to B.C. to study conservation biology at UBC, crash while skiing Chopsticks, a sheer rock face that runs directly underneath Peak chair. The resulting injuries left Tien in hospital for week, in a wheelchair for two months, and walking with a cane for another month after that.

“After a summer and fall of PT and two surgeries, I was back on the hill in December,” Tien explained in a message to Pique.

Once fully recovered, Tien spent the majority of his season filming, mostly around sled-accessed locations in the Sea to Sky backcountry, in addition to a trip south “to hit some of the legendary Mt. Baker gaps,” he said.

The end result? A season project he titled "Secondary Succession."

The edit “focuses on the successes and failures of the season,” Tien wrote. “The title is a forest biology term, and it is defined as: A sequence of change initiated by a moderate disturbance that removes or kills most above-ground biomass but leaves some organic matter and plant parts.” Or, in Tien’s case, a major injury.

“This project is a landmark for me. It’s a comeback, and was a major turning point in the way I want to ski. However, It is only the beginning. With a short season I, like many others, am left wanting much, much more. Next season I look forward to pushing even further, going even bigger and expanding my bag of tricks.”

Check out “Secondary Succession” below: