Stress as parents juggle jobs and families
May 10, 2016 4:30 AM By: Pique Newsmagazine Staff 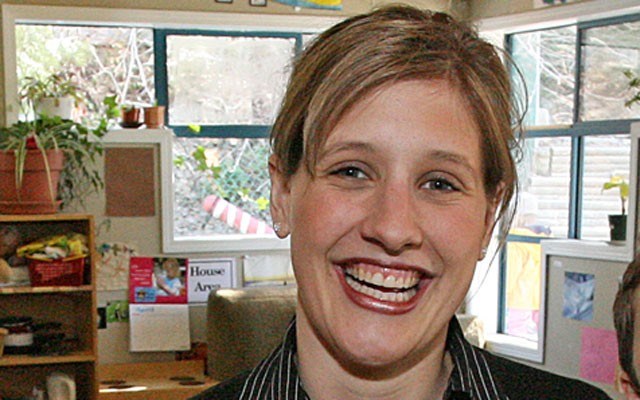 At least one Whistler daycare has adopted a new policy to no longer accept names on a wait list until after a baby is born.

Kari Gaudet, executive director of Whistler's Children's Centre Society, said anyone wanting a spot on the infant wait list must provide a birth certificate, which is contrary to how the daycare used to manage the flow.

Gaudet said she changed the policy effective March 1 this year. The new policy is common at most Lower Mainland daycares. Nationwide, there is a chronic shortage of daycare with only 20 per cent of available spaces for infants, and less than 22 per cent for the three-to-five age group, according to a Child Resource and Research Unit study

Specifically, Gaudet said this method created friction, not only between herself and families, but between families and friends.

"If there was a play group and a bunch of moms were talking about getting into the children's centre, they all have babies around the same age and the question comes up: 'Well, how are you getting a space ahead of me when our babies are the same age and we all put our names on the list at the same time?'" Gaudet said.

"I was dealing with a lot of backlash that way with families wondering why people were ahead of others," she said.

As well, Gaudet must go through the list when a vacancy pops up to see if families already with a spot need another day, then she works with that before being able to offer a spot to a new family. Each family has 48 hours to accept or decline the spot, and it can take weeks to go through the list and notify parents.

"What I try to stress with families is it's not a Whistler problem. A lot of people don't realize that," Gaudet said, adding she empathizes with parents' frustration over a lengthy wait time.

"I do see how extremely stressful it is on families," she said.

Belinda Hughes, a local physiotherapist, has two children on the wait list — again. She had her two sons in the Children's Centre when they each were about one-year-old — after waiting 12 to 14 months for each spot — and after a family holiday to Australia from which they returned in early January this year, she is back on the wait list.

"We are fortunate because we do work from home on some days," Hughes said. "So we organize babysitters."

Hughes said the transient Whistler population can make for babysitting challenges — and some parents even pay a dollar or two more in order to keep their babysitters.

Ainslie Conway, a mom of two, says the juggle for care can be brutal — she gave up a job because she couldn't work five days a week with her two young children. She has help from family, and a nanny-sharing arrangement.

"But we choose to live here. I respect that there are limitations," said Conway.

Said Hughes: "It's really tough, it seems the population is continuing to grow.

"The only other option would be to have another daycare in town because there's so many kids and limited spaces."

Owner-operator Kate McCormick of Mountain Minis — the only other licensed daycare for infant-toddlers in the area — echoes similar challenges with wait times. Mountain Minis manages 24 spots for children aged three months to five years old, but does not require a birth certificate to get on the list.

"If you're trying to have a baby, you can go on that wait list. There are eight spots for infant-toddlers, aged six months to three years," she said.

"It's definitely frustrating," said McCormick. "When I first opened, I would give people the number of the spot they were in, and it led to confusion. And now I refuse to say where they are on the wait list."