Every year thousands of Canadians pick their favourite street, neighbourhood or public place
May 25, 2014 6:40 AM By: Brandon Barrett 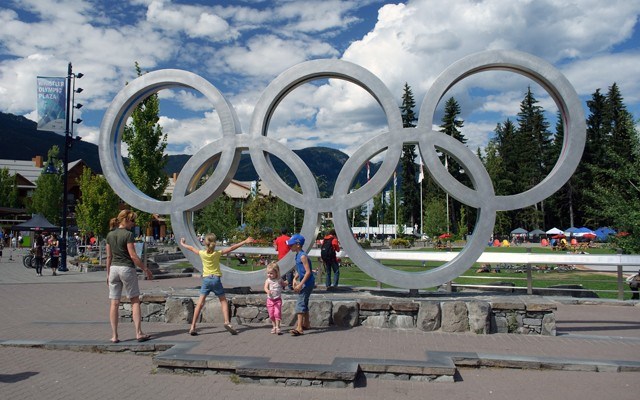 Whether it's the serene beauty of Lost Lake, the hustle and bustle of Olympic Plaza, or the burgeoning artist enclave of Function Junction, there's no shortage of great places in Whistler, and now you have the impossible task of choosing your favourite.

The fourth annual Great Places in Canada competition is now underway, asking Canadians to nominate their favourite hangouts across the country, whether it's a street, neighbourhood or public space.

"Canadians are very passionate about the many wonderful locations in this country," said Michael Gordon, president of competition hosts the Canadian Institute of Planners, in a release. "So there is a great deal of friendly rivalry over what street, neighbourhood and public space will be recognized as Great Places this year."

Along with the People's Choice, decided by total votes, Grand Prize winners will be selected on the basis of planning excellence by a panel of experts.

Winning nominations will receive prizes, and plaques will awarded to the grand-prize winning locations.

Nominations are open to all Canadians and will be accepted until Aug. 19, with the voting period running from Aug. 20 to Sept. 25. Winners will be announced on World Town Planning Day, Nov. 7.

GoFundMe launched in support of Sea to Sky mom battling cancer
Sep 20, 2020 3:17 PM
Comments
We welcome your feedback and encourage you to share your thoughts. We ask that you be respectful of others and their points of view, refrain from personal attacks and stay on topic. To learn about our commenting policies and how we moderate, please read our Community Guidelines.