Citizens speak out over boat ban

Public hearing on bylaw change to prevent sleepovers on lakes
May 21, 2014 10:00 PM By: Alison Taylor 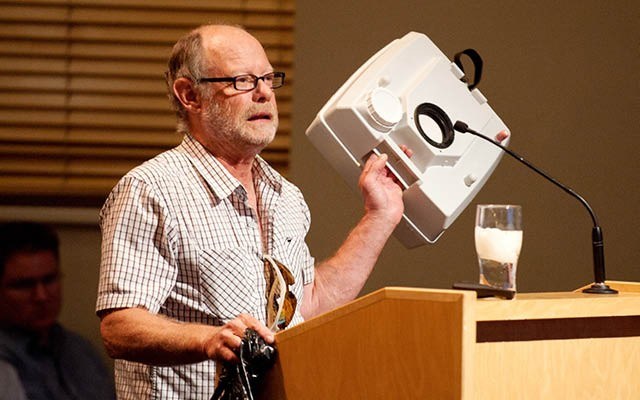 Boaters respond Lyle Featherstone addresses council during a discussion about the municipality's proposal to prohibit overnight stays in boats on Whistler Lakes. Photo by David Buzzard / <a href="http://www.davidbuzzard.com/">Www.davidbuzzard.com</a>

Council has raised the ire of a small group of lake users protesting a bylaw change that would see the banning of boat sleepovers on local lakes.

"I think you've opened a can of worms here," Bruce Watt told council during the public hearing on the zoning amendment bylaw, which does not allow residential uses on the water.

The public hearing was part of Tuesday's council meeting.

The bylaw change was sparked by a letter from a concerned resident about the potential for sewage getting dumped into the lakes by the growing handful of boats with people staying overnight in the summer.

Lyall Fetherstonhaugh used props to illustrate his point — a glass of water with toilet paper.

"It would just sit there on the lake," he said. "I'm really at a loss to understand how you could possible dispose of sewage discreetly."

He has never seen it, nor heard any reports of it.

He held aloft his on-board toilet, explaining that he disposes of it the right way — in the municipal system.

She said Whistler has other problems to deal with rather than a few sailboats on the lake.

There are only a handful of summer nights, 10 or so, to stay overnight and watch the stars.

To take those nights away, she said, "seems a real shame and a waste of time."

Watt has been an avid user of the lakes for the past 25 years, and of course it is getting more crowded, he said. But there are bigger issues to consider — noise, oil, wakes.

He asked if council would consider a bylaw that it would encompass those things.

"You have a duty to protect the public from these aspects," he said.

Council did not consider third reading of the bylaw, as policy when there is negative feedback on a bylaw or bylaw amendment.