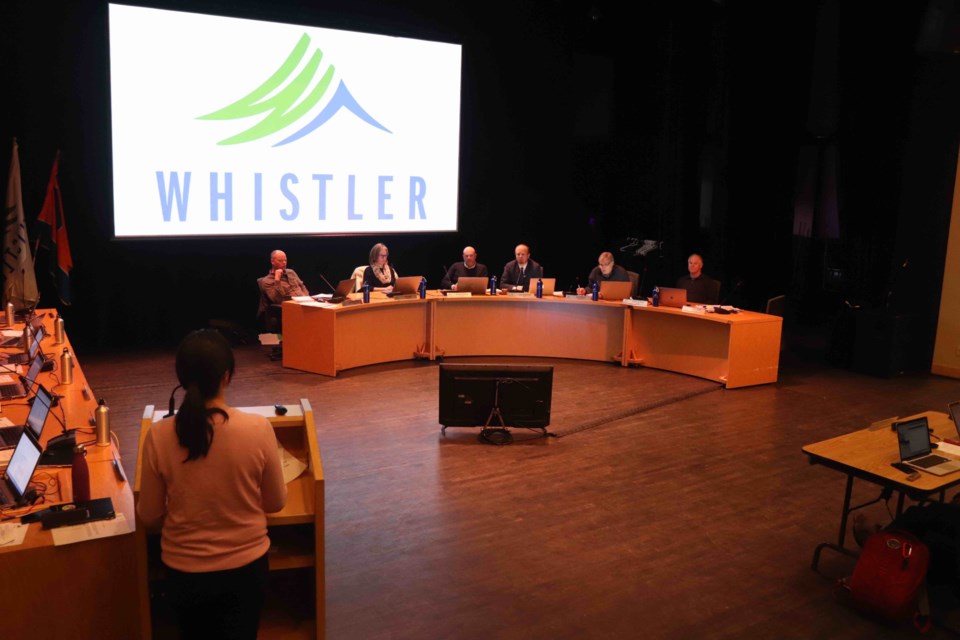 Regulars on the Village Stroll may soon be seeing more of Arthur De Jong.

Over the next eight weeks, the Whistler councillor—along with members from the Association of Whistler Area Residents for the Environment (AWARE)—will be going on weekly tours of high-density areas, taking stock of open doors and patio heaters.

The survey blitz comes in response to the Resort Municipality of Whistler’s (RMOW) recent claim that it lacks the legal authority to force businesses to close their doors to save energy.

The hope is that data gleaned from the surveys will help guide future energy-saving policies.

“It’s such a low-hanging fruit,” De Jong said. “It’s symbolic; I mean, in terms of the actual greenhouse gases (GHG) that will be saved, it’s minimal. We have to get to the gas pump.

“But it is symbolic. It matters.”

As part of the campaign, AWARE distributed more than 200 letters to businesses in Creekside, the Upper Village and Whistler Village, said executive director Claire Ruddy.

Whistler’s community performance indicators show a GHG increase of 16 per cent between 2015 and 2017, Ruddy pointed out.

As “managing background energy losses” was one of 140 recommendations in Whistler’s Community Energy and Climate Action Plan (CECAP), moving on open doors and patio heaters only makes sense, she added.

“This seemed like an easy win that we could take on with just a voluntary, opt-in campaign,” Ruddy said.

Speaking of the CECAP, several concerned citizens and CECAP committee members wrote to council recently to raise two issues with the plan.

While the group is pleased that a new role will be created to help deliver on the CECAP, it laments the fact that the 2019 budget does not include significant investments in climate change mitigation.

The group also sees a need for a clearly indicated “division of responsibility” within the CECAP quarterly report.

“Before the 2019 RMOW project budgets and work plans are confirmed, we would like certainty about how senior RMOW staff will contribute to the successful implementation of CECAP,” reads the letter, written by Randi Kruse and signed by nine others.

“Without project funding and their accountability for CECAP success, we will be no further ahead than we are now. A new staff role by itself will not address the gap in climate action project resourcing and responsibility.”

The push from local citizens is appreciated, but more analysis is needed, De Jong said.

“We need to filter (the 140 CECAP recommendations) in terms of what are the biggest impacts that are most economically viable—so go through that prioritization, and then build the budgets to align with that,” he said.

“So I’m aligned. I agree with what I’m reading in that letter, we just have to be very fiscally prudent and strategic on how we spend the money, and we’re not there yet. That’s why we’re getting a climate officer.”

Meanwhile, news that the District of Squamish plans to ban plastic bags and straws by the end of 2019 is sparking discussion in Whistler—though De Jong said the RMOW should take a “look before you leap” approach, keeping in mind the fact that the City of Victoria was sued by the Canadian Plastic Bag Association for banning plastic bags last year (the BC Supreme Court rejected the challenge in June).

Wording such bylaws can be tricky, and a case must be made for direct economic impact to the municipality, De Jong said.

“A discussion that I’d like to have with the environmental minister, (George) Heyman, is the province changing policy with bylaws in such that we shouldn’t have to prove that there is an economic benefit. We should have to prove that there is a positive impact in reducing GHGs,” De Jong said, adding that council was set to meet with Heyman on March 1.

“I’m interested in what the minister is going to say.”

That being said, De Jong doesn’t want to get single-tracked on what is a massive, wide-ranging issue.

“I want to get this done, the single-use (plastic) ban, but I think we also need to remain focused on the biggest aspects of impact in our waste flows, and that gets back to composting,” he said.

“So there are a number of actions here that we need to keep moving on.”