CN Rail is continuing to investigate a partial train derailment that occurred on Friday, Jan. 3 at a rail overpass 12km south of Pemberton.
Jan 9, 2013 8:00 PM By: Andrew Mitchell 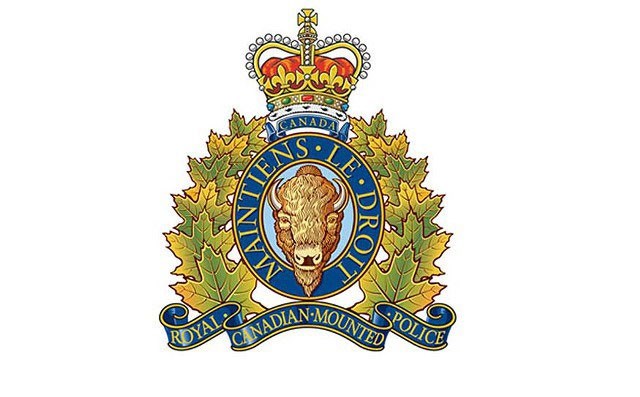 CN Rail is continuing to investigate a partial train derailment that occurred on Friday, Jan. 3 at a rail overpass 12km south of Pemberton. At least three empty wood pellet cars went off the tracks, including one car that dropped onto the highway and blocked both lanes for more than two hours. There were no reported injuries, although vehicles were close enough to see it happen.

Mel L'heureux was driving south from her home in Pemberton to Whistler when she stopped behind another vehicle at the accident site. "Luckily everyone slows down for that corner regardless," she said. "I just saw the guy ahead had stopped moving and stopped behind him. We couldn't really tell with the sun in our eyes what had happened, my first thought was that a truck had flipped. But there was still a (rail car) hanging off the overpass, so we figured it out pretty quickly."

After ensuring that nobody was injured or needed help, L'Heureux was eventually able to turn around and drive home instead of continuing on to work in Whistler. Others waited on both sides of the accident for several hours.

While inconvenient she said it could have been much worse.

"There were no injuries, no spills of any kind," she said. "The cars seemed to be empty and amazingly enough no vehicles got pinned underneath it all."

The accident occurred at roughly 1:50 p.m. and CN and RCMP worked together to open one lane to alternating traffic by 4 p.m. Both lanes were opened later in the evening and all cars have since been removed from the scene.

The federal Transportation Safety Board sent a team to the accident site, but has decided not to pursue a full investigation. "We deployed an investigator to the accident site, but there were no injuries and no dangerous goods released," said TSB spokesperson Chris Krepski. "They did find a mechanical issue that the railway is now aware of, but beyond that we're not going to do anything more with it, and we're not going to pursue an investigation."

Meanwhile CN Rail has removed the cars and is conducting it's own internal investigation into the derailment. A spokesperson couldn't say how long an investigation would take.

A CN Rail worker was killed and four others injured in a CN derailment back in November near Fort St. John when a fuel tanker rolled over. There have been no serious derailments in the Sea to Sky region since a 2005 accident that spilled 40,000 litres of caustic soda into the Cheakamus River, killing over half a million fish and other species in the river.

A man who conducted eight armed robberies at stores in the Lower Mainland between March and December 2012 has been identified as 68-year-old Thomas John Schwartz of Squamish, who was arrested at the border after attempting to enter the U.S. on Dec. 15. Schwartz was also wanted in the U.S. after allegedly deserting from the U.S. Air Force in 1972.

Schwartz is currently being held in the U.S. pending an extradition hearing in March. If he's successfully brought back to Canada he'll be charged with robbery and weapons offences associated with the eight robberies in Vancouver, North Vancouver and Burnaby. Most of the targeted stores were small, family-run grocery stores.

It's unclear why Schwartz was attempting to take a cab to the U.S., but it's believed that he was fleeing after being featured in a security video from one of his robberies. He used a pistol to get money from cash registers, and assaulted one store manager who attempted to disarm him.

In Squamish, he went by the name of Tom Stone. It's unknown how long he lived in the community or whether anyone knew his real identity.

On Saturday, Jan. 5, the Squamish RCMP received a report that an excavator stolen in Richmond on Dec. 21 was in the Squamish area, and located the machine at a business on the 2000 block of Centennial Way. The machine was returned to its rightful owner and the police are investigating how the excavator arrived the site.

What's interesting is how the machine was found. According to a story in The Province, the excavator's owner, Langley's Mike Holloway, did some investigation on his own, and was told that the bright orange, 27,000 kilogram Hitachi 230 excavator was last seen on a truck heading towards Whistler. He jumped in a plane and searched the area by air, spotting the distinctive machine in Squamish. The serial numbers were later verified on the ground after the RCMP was called.

This past week there were nine calls related to vehicle break-ins in the Whistler area, including several overnight break-ins in the Rainbow subdivision that were reported on Jan. 2 and Jan. 4, break-ins around the village and Benchlands area and one break-in to a vehicle in the Brandywine area.

Goods stolen in the break-ins include snowboards, electronics, sunglasses, clothing, wallets, keys to businesses and residences, and other items. The RCMP has called in a forensics team to try to collect fingerprints from a few of the break-ins where personal items were rummaged through.

One property management company forwarded stills to the Whistler RCMP of suspects from two Jan. 7 vehicle break-ins in the Benchlands area, which can be viewed online at www.piquenewsmagazine.com. If you have any information on the break-ins, contact the Whistler RCMP at 604-932-3044 or Crime Stoppers at 1-800-222-TIPS (8477).

Police warn the public not to leave valuables in their vehicles at any time, or to leaves valuables out of sight in the trunk. Locking vehicles does not always discourage thieves who break windows to gain access.

The police are investigating to determine whether there's any relation to similar reports from last year.

The Whistler RCMP logged two more complaints this week related to online rental fraud, including one from an Australian woman who sent over $3,000 Australian dollars to the U.K. to secure a rental in Whistler. That brings the total number of rental frauds to 11 over the past three weeks, with victims paying between $400 and $3,000 to scammers. Almost all of the cases involve Craigslist listings, although the $3,000 file involved a site connected to TripAdvisor. The RCMP is investigating.