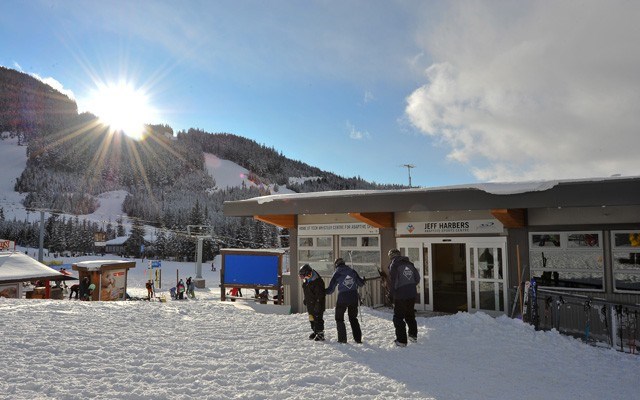 COMMUNITY ENRICHMENT The Whistler Adaptive Sports Program is one of more than two dozen programs that benefit from the Resort Municipality of Whistler's Community Enrichment Program.

A few years back, the Resort Municipality of Whistler (RMOW) decided on a new approach when hearing presentations from applicants to the Community Enrichment Program (CEP).

"We choose (the order of) the presentations by draw out of a hat, so that means everybody has to come at the beginning and sit until they're called," said Mayor Nancy Wilhelm-Morden.

"And the reason we do it that way is because this is such a marvellous glimpse into the workings of our community, from a community life-based perspective."

"I think it's really important for the elected officials to hear and to know kind of firsthand what these groups are doing out there," Wilhelm-Morden said.

The RMOW gives about $150,000 in grants through the program every year, Wilhelm-Morden said. Last year's total was $155,502 divvied up between 29 organizations.

At the March 1 Committee of the Whole meeting, 27 groups made presentations for the 2016 installment of the program.

"There is nothing similar at the moment, so I just feel that it's a good way to connect immigrants with the wider community of Whistler" said WMN outreach worker Barbora Piatkova ahead of the meeting.

"It will give immigrants a chance to come out of their shells, present where they come from, what they do, introduce the food and the culture, and the community of Whistler can get to know them a little bit better and exchange the cultural elements."

For the Whistler Adaptive Sports Program (WASP), the $15,000 requested would be used for bursaries for Whistler residents, to help offset the costs involved with accessing sports programs and equipment, said WASP executive director Chelsey Walker.

"Without the funding it would definitely restrict the amount of participation our locals would be able to do within sport and recreation," Walker said, noting that most people who use the program are on a Persons With a Disability pension, which pays just $962 a month.

"So having those extra dollars to support recreation are key, and it's not just going out to have fun, but it's critical to the health and wellness of these individuals," Walker said.

Also applying this year is the Howe Sound Women's Centre (HSWC), which requested $6,000 for "Children Who Witness Abuse" counselling in Whistler and $10,000 for the Whistler Drop-In Centre.

"Funding such as CEP enables the Women's Centre to offer free, low-barrier, non-judgmental support to all women and their children via our Whistler Drop-in Centre, which also houses the Whistler Children's Counseling program," said HSWC Whistler drop-in coordinator Kelsey Rose in an email, adding that the HSWC is grateful for the ongoing support from the RMOW.

The groups that apply typically don't ask for much money — especially when you consider the value they add to the community, Wilhelm-Morden said.

"I think it adds a real diversity to our community groups and organizations who may not be able to access funding elsewhere," she said. "It really is a wonderful program."