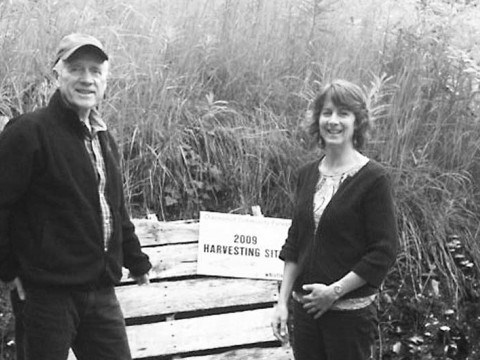 Whistler's mayor wants to halt the misinformation circling the Internet about the Cheakamus Community Forest program.

If the face of several videos and social media groups that accuse Whistler of logging old growth trees throughout the area, Ken Melamed said the Cheakamus Community Forest partnership actually goes a long way toward protecting those trees.

"The purpose of the Community Forest is to develop a more responsible approach to logging," said the mayor. "The first priority is to identify those sensitive habitat areas within the Community Forest and set them aside. After that, there will be a science-based analysis of where logging can occur appropriately without compromising those values."

Melamed added the community forest partnership involving the municipality, the Squamish Nation and the Lil'wat Nation is in line with many of the principles that people are writing to him about.

In planning the community forest, over 90 per cent of the old growth trees in the tenure have been protected in one way or another. Old growth means trees in an area that has never been cut.

A public open house will be held on Sept. 9 at municipal hall to go over the proposal.

Heather Beresford, the municipality's manager of environmental stewardship, added that if the Cheakamus Community Forest was not formed "harvesting would be happening in this area by a private company or B.C. Timber Sales.

"They would be harvesting more, and there would be very little public input opportunity," said Beresford. "Whistler did not invent logging in Whistler. This is an effort to control how and where it is done and to meet the community's needs."

Beresford said the partnership is not going to make everybody happy, but they are trying to balance it as best they can.

One YouTube video states, "Eighty per cent of the old growth forest is scheduled to be cut," which is not the case.

The video also asks people to write to Whistler's mayor and the premier of B.C. saying they will not visit Whistler unless Whistler promises "not to cut the old growth trees." The mayor would not specify exactly how many e-mails he has received as a result.

Meanwhile, Pique has received e-mails from people across Canada and as far away as the Czech Republic condemning the logging plans.

The issue began receiving attention this spring when the owner of a snowmobile company with a tenure in the Callaghan valley spoke out against the community forest.

Allen Crawford of Canadian Snowmobile Adventures has a recreational tenure on Sproatt Mountain, one of the areas where logging is proposed, and has a financial interest in how the project goes forward.

To bring attention to the community forest, Crawford took out full-page ads in local newspapers and wrote letters to politicians.

In response, the Cheakamus Community Forest partners agreed not to log in Crawford's tenure this year. They are working with him on how to manage forestry in that area in the future.

The Cheakamus Community Forest is five years in the making, including open houses and public hearings.

EcoTrust, a respected non-profit whose purpose is to build the "conservation economy" in coastal B.C., has also worked with forestry partners over the last three years. Among other things, EcoTrust officials have helped developed an ecosystem management plan that includes a sustainable harvest level that protects sensitive habitat, views, scenery and Aboriginal cultural sites.

The Cheakamus Community Forest is the first community forest in British Columbia to utilize that management plan.

Through the agreement with the province, the Cheakamus Community Forest partners must harvest approximately 20,000 cubic metres of forest a year. The partners have agreed the trees will be harvested in pockets no bigger than five hectares, rather than in one big clear-cut.

The tenure for the community forest logging program encompasses the Callaghan and Brandywine valleys, Wedge Mountain, 16, 19 and 21 Mile Valleys and the Cheakamus Valley.

Beresford reiterated that the central aim of the community forest is to manage logging in a responsible manner instead of leaving a forestry tenure up to a private company.

"The province first changed the Forestry Act about a decade ago," explained Beresford. "They took volume back from the handful of large private companies that controlled forestry in B.C. and said, 'We are going to make 20 per cent of land available to the communities and First Nations.'"

At the time, said Beresford, the RMOW realized the community forest program was an opportunity to control logging in the Whistler area. Private companies could log openings up to 25 hectares, whereas the partnership would limit openings to no bigger than five hectares.

Logging will begin once the partnership receives permits from the Ministry of Forests, likely sometime this fall. Richmond Plywood Ltd. has been contracted to carry out the forestry on behalf of the Cheakamus Community Forest partners.