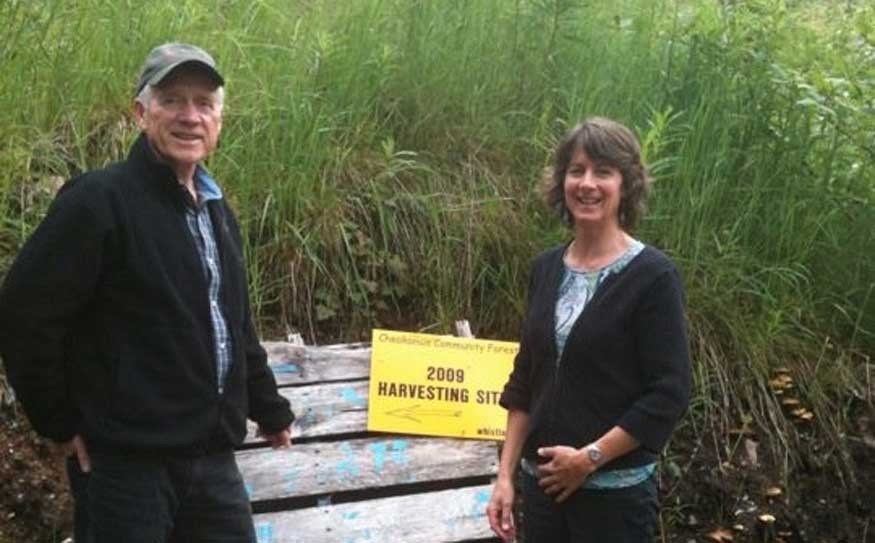 The Cheakamus Community Forest (CCF) is on target to make annual allowable cut (AAC) this year for the first time in the four years since Whistler and First Nations were given tenure over 30,000 hectares of forests surrounding the Resort Municipality of Whistler.

CCF manager Peter Ackhurst said the early start to spring helped, as have discussions with stakeholders such as environmental groups and tour operators over the last few years to determine what can be logged.

No logging occurred in the first year of the tenure, followed by under 16,000cu.m in 2011 and just 7,195cu.m in 2012. That puts Whistler well behind provincial expectations for the land base, but Ackhurst said the missed quotas are not unique to Whistler.

"We need a new forest management plan approved by next year at this time," said Ackhurst. "My feeling is that they will be concerned (by the missed targets) but the biggest problem in the last couple of years has been the fact that the market is down. Nobody was doing much logging because of depressed markets, but now it's come back up again and there's more demand for logs and more shipments to the States, the housing market is coming back and it's more profitable to log.

"That's one of the main reasons we haven't done as much (logging as required), it only makes sense to log what's economic."

Ackhurst said crews have finished a contract in the Brew Creek drainage, and crews from Squamish First Nation and Lil'wat Nation are currently working in the Callaghan Valley. All cuts so far have used variable retention logging techniques, leaving trees behind to maintain the views.

So far harvesting operations have not been impacted by fluctuating fire hazard ratings. "We're quite high on the mountain and it's still cool up there, but if things keep going like this then we will be shut down at some point," said Ackhurst.

He added that Whistler should be doing more FireSmart work in the forest, thinning trees so there's less fuel to burn in the event of a forest fire. All timber harvested by FireSmart programs counts towards the annual allowable cut, providing it falls within the community forest tenure.

"We're very hopeful that there will be more FireSmart work done in the future and that we can cooperate on it," said Ackhurst. "It's a program that's funded by the UBCM (Union of B.C. Municipalities) through the municipality, but we think there's a lot of concern in the community at this time of year, especially when you see what's happening in the U.S. in Colorado and Arizona."

While harvesting is on track, the CCF is also continuing to work on other initiatives, including applying for a carbon credit certificate. The province gave the plan the thumbs up last year, and the CCF is currently in the process of being audited and studied by partners at EcoTrust, Brinkman and Living Carbon to see if the CCF can sell carbon credits to buyers.

"They're currently doing all the studies they need to be able to prove that the forest is growing so much, so we should be able to sell this many carbon credits," Ackhurst explained. "We're hoping the audit will come in another month or two and we'll be able to get started."

If approved, Ackhurst said the sale of carbon credits would result in a drop to the AAC, proportional to the amount of forest that can be used for credits.

As well, the CCF is currently generating a report on old growth forest in the tenure area to file with the province. The province requires Old Growth Management Areas that could result in more protected stands of trees.

"Our goal is to have that complete and published by September, and have an open house to show people where the old growth forests in the community forest are, how much is protected, how much deserves to be protected, and that sort of thing," said Ackhurst.

The CCF will also host additional open house meetings in the fall to discuss future logging plans, including plans to harvest trees in the Jane Lakes area. The area is accessed through Cheakamus Crossing.